In a shocking incident, two Pakistani brothers violently assaulted their elderly mother and sister over a property dispute.

"They attacked and badly beat my mother and grandmother."

Two Pakistani brothers have been arrested for violently beating their elderly mother and sister over a property dispute.

The shocking incident happened on July 3, 2021, in the city of Peshawar.

Footage of the incident circulated on social media and it showed the brothers using a hammer and a motorbike helmet to attack their sister.

The video was uploaded by the victim’s son, Mohammad Arslan, appealing to Peshawar City Police Chief Abbas Ahsan to take action against his uncles.

He wrote: “HELP ME! I am uploading this video in position of very helplessness.

“Today my two maternal uncles attacked my mother when I and my brother were not home.

“They attacked and badly beat my mother and grandmother. Police is not taking action to help.”

HELP ME!
I am uploading this video in position of very helplessness. Today my three maternal uncle attacked my mother when I and my brother were not home. They attacked and badly beat my mother and grandmother
Police is not taking action to help#HelpArsalanFamily pic.twitter.com/ly5UJynsIE

Police later arrested Aftab and Arshad. During questioning, they admitted assaulting their sister and mother.

They said they beat their sister when she asked for her share of inheritance in their father’s property.

The victim told police that her brothers purchased 10 properties using their father’s money. When she asked for her share, they beat her.

The woman also said that they threatened to kill her.

She was taken to hospital for treatment.

In the video, the Pakistani brothers are seen entering a room and grabbing their sister.

One of the brothers hits her over the head with a motorbike helmet, causing her to fall to the floor. The second brother then proceeds to hit her with a hammer.

Both brothers continue to slap and hit their sister as she laid on the ground.

Meanwhile, their elderly mother tries to intervene, however, she is grabbed by the throat and forcefully pushed to the floor. 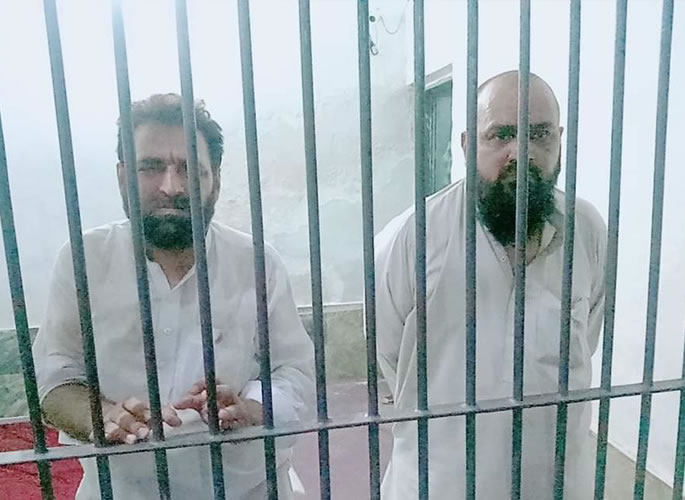 The video caused outrage on social media. One netizen wrote:

“The guy was actually using a hammer to beat the women, omg. Unbelievable atrocity!”

Another said: “Luckily this is recorded but many such incidents go unnoticed.”

“Shall rot in cell under stringent remand.

“Extend cordial consolation to your mother for wrath and unfortunate assault. Thoughts and prayers are for her sooner recovery from the trauma.”

Netizens also praised the police for their quick response.

Mohammed updated his followers about his mother’s and grandmother’s condition. He said:

“People who are inquiring about Ami and Nani ami’s health. They both are doing fine.

“Ami has headache and a little problem with vision as she was hit by hammer strikes few times. But thanks to Almighty Allah nothing serious.”

Dhiren is a journalism graduate with a passion for gaming, watching films and sports. He also enjoys cooking from time to time. His motto is to “Live life one day at a time.”
Teacher Sexually Assaulted Kids while teaching them to Pray
Elderly Indian Woman Beheaded for ‘Practising Witchcraft’