The UK government decides to remove Pakistan from its travel red list. British and Pakistanis welcome the decision for easy travelling.

"Good to know finally the right decision [has been] taken"

British and Pakistanis have welcomed Pakistan’s removal from UK’s travel red list after five months due to covid-19.

The transition onto the amber list is set to take effect at 4 am on Wednesday, September 22, 2021.

Seven other countries and territories including Turkey and the Maldives will also be removed from the lowest tier of the traffic light system.

However, it has also been announced that this system will soon be replaced with a single red-list to make travelling easier in the future.

“Mon 4 Oct, if you’re fully vax you won’t need a pre-departure test before arrival into England from a non-red country and from later in Oct, will be able to replace the day 2 PCR test with a cheaper lateral flow.”

Pakistan had been on the red list since April 2021 due to concerns over the Delta variant of Covid-19 and low vaccination rates despite neighbouring India being on the amber list.

This meant those arriving in the UK from Pakistan were required to quarantine for ten days at a designated hotel at their own cost and undertake mandatory and sometimes expensive testing.

However, the change in rules for both travelling between the UK and Pakistan has been welcomed by both countries. 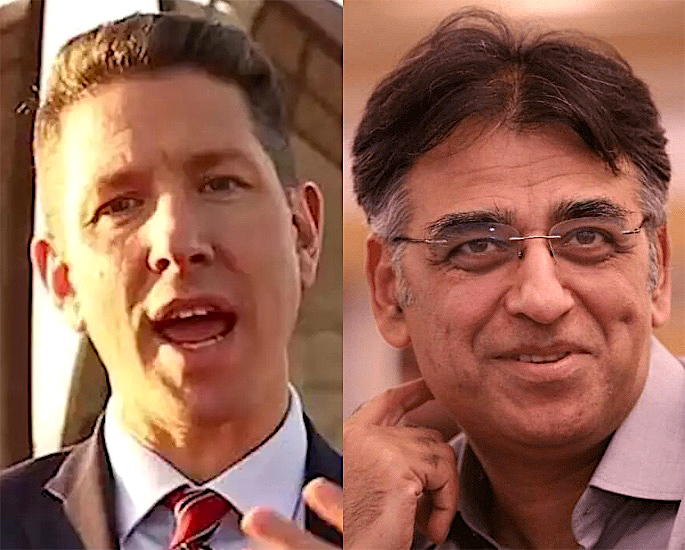 “Pleased to confirm Pakistan is off the red list. I know how difficult the last 5 months were for so many who rely on close links between the United Kingdom & Pakistan.”

Pakistani Minister for Planning, Development and Special Initiatives, Asad Umar, was also pleased with the outcome:

“Good to know finally the right decision [has been] taken to take Pakistan off red list. UK high commission in Pak has been supportive throughout.

“Support for conveying facts about the covid situation in Pakistan by UK parliamentarians is also highly appreciated.”

British MP Afzal Khan echoed similar sentiments but had a dig at the UK government:

“Pakistan has finally been removed from the red list. It was clear that the Gvt put politics ahead of science.

“As Chair of [Union Jack and Pakistani flag emojis] Trade & Tourism I welcome this (untimely) step.”

British MP Yasmin Qureshi had been campaigning with the All Party Parliamentary Group (APPG) for Pakistan for months to remove it from the travel red list.

In a statement with APPG Co-Chair, Rehman Chishti MP, she said:

“We know that this has been an extremely difficult and challenging time for those with friends and family in Pakistan.

“Whilst we urge caution and common sense when travelling, we hope that Pakistan moving to the travel list means that friends and families will once again be able to see each other safely.”

Pakistan’s removal from the UK’s travel list is a big relief for travellers who might need to embark on an important journey.

Though it has to be said that one should still not unnecessary travel from the UK to Pakistan and vice versa.