A government report, commissioned by Deputy Prime Minister Nick Clegg has concluded that South or British Asian businesses do not face racial discrimination from moneylenders or banks when building new enterprises.

"Black and Asian businesses have long felt that they are not treated fairly by lenders."

In a speech made in November 2011, Deputy Prime Minister Nick Clegg announced that there was an inherent discrimination made towards upcoming black and ethnic minority businesses by UK banks and money lenders.

At the annual Scarman memorial lecture in Brixton, South London, Clegg announced: “Past evidence shows that firms owned by individuals of black African origin have been four times more likely than so-called ‘white firms’ to be denied loans outright.”

He also accused banks that certain ethnic minority groups such as Bangladeshi, Pakistani and black Afro-Caribbean owned businesses had been subject to higher interest rates than their ‘White’ counterparts. His deputy, Simon Hughes went even further and accused some banks of making ‘racist decisions’. 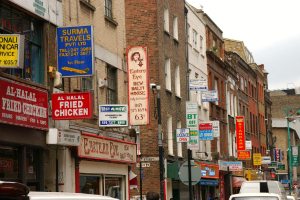 Two years on, and Clegg has been forced to chew his words. The Ethnic Minority Businesses and Access to Finance report, which was published on July 30, 2013, adequately concluded that no bias was made towards ‘white’ businesses over black and ethnic minority communities.

In fact, the report points out that credit checks (which aid lenders in the decision making of any financial support) does not include any information about ethnicity:

“There are a number of factors contributing to loan outcomes, and the disparities in success rates are not due to an applicant’s ethnicity.

“These include: collateral shortages, poor credit worthiness (an assessed through credit scoring), lack of formal savings, poor financial track record, perception by some of discrimination by banks, [and] language barriers.”

In response to the report, Nick Clegg’s has humbly accepted its conclusions. However, he has insisted that there is “more to be done” to encourage entrepreneurs from ethnic minorities to get financial backing:

“I welcome the fact that the report finds no evidence of racial discrimination, and I am pleased to see the banking industry has agreed to a range of measures to address the various factors that have presented some entrepreneurs from getting loans.”

Don Foster, The Communities Minister, published the report following his discussions between the British Bankers’ Association, government and business representatives. He said:

“We are determined to help people who want to work hard and get ahead, make the most of their untapped talents and realise their full potential, irrespective of their background.”

“All too often, people from ethnic minority communities don’t get the chance to meet their aspirations to start up their own business, with those from a black African or Caribbean heritage particularly underrepresented among our entrepreneurs.” 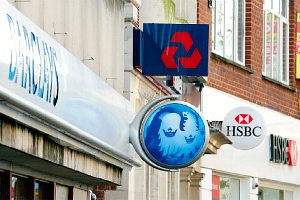 Thus, the British Bankers’ Association (BBA) has agreed to fund independent research into the experiences of ethnic businesses trying to access finance and will also carry out work to engage with ethnic minority groups.

Anthony Browne, BBA Chief Executive said: “We are working with a range of business groups to support ethnic minority led businesses on how to access finance, proving mentoring support through Mentorsme.co.uk and further guidance through betterbusinessfinance.co.uk and its initiatives.”

Not all have found much to be happy about from the report however. The National Asian Business Association (NABA) admitted that the findings were ‘significant but disappointing’.

NABA looks to provide a national voice for the Asian community by representing regional Asian businesses across the country on issues of national importance such as legislation and government relations. It recently joined together local and regional business associations across the UK into one unified body.

On its opening in March 2013, Business Secretary Vincent Cable said: 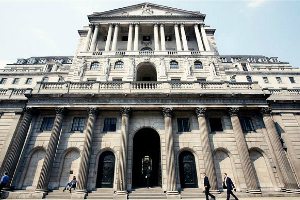 “I welcome the founding of a new organisation to promote business and provide it with a strong voice. British Asian companies have long played a dynamic role in the business community.

“Their growth is essential to job creation and national economic recovery, as is the emergence of a new generation of Asian entrepreneurs.”

Businesses in the South Asian community are flourishing across the UK. According to NABA statistics, there are currently 50,000 running British Asian businesses. Their turnover in London alone is £60 billion.

However, NABA insists the report does not address the specific difficulties Black and Ethnic Minorities businesses face. They resent Clegg’s statement that: “There was no evidence of discrimination.”

Many businesses are inhibited by some manner of ethnic discrimination and some do face difficulties in building new enterprises. The fact that the reports suggests that loan applications do not contain information on ethnicity is also flawed. 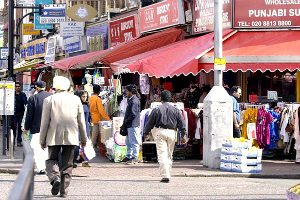 Ethnicity can be assumed through simply an applicants name alone. The applications also don’t take into consideration difficulties to do with prior credit. How can Asian men and women settling here from abroad automatically qualify for a perfect credit score?

Some are inhibited by language barriers because they have not been educated in the UK. The simple fact of relocation across continents also damages their chances of building adequate savings. Thus they remain at a significant disadvantage to their ‘white’ counterparts born and bred in the UK.

“Black and Asian businesses have long felt that they are not treated fairly by lenders and these changes could improve the economy across a variety of sectors. 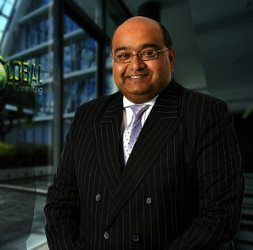 “We hope that government also engages in further initiatives to understand better why racial inequalities persist, not only to improve the lives of ethnic minorities in the UK, but also to grow the UK economy.”

Uday Dholakia OBE, Chairman of the NABA, addressed the reports findings saying: “I welcome the Deputy Prime Minister’s report, although considerably delayed and light on recognising the practical challenges and extra burdens faced by many British Asian Businesses.”

He added that a more extensively researched report was needed to uncover some deeper understanding of what South Asian businesses face:

“NABA intends to commission new research with major economic think tanks. Via our local MPs we shall table it at Westminster for debate and policy consideration well in time for the next general election.”

It is hoped the new report will provide a better perspective on the relationship between Asian businesses and money lenders. Scoping the reactions and experiences of actual Asian business people may also opportune an insight into the difficulties they have faced and whether they have witnessed any discrimination at all.

Natasha is an English Literature and History graduate. Her hobbies are singing and dancing. Her interests lie in the cultural experiences of British Asian women. Her motto is: "A good head and a good heart are always a formidable combination," Nelson Mandela.
Adverts for Illegal Immigrants branded as Racist
Bikram Yoga guru accused of Sexual Harassment