Ranveer Singh did a photoshoot in 2018 wearing heels. The throwback photo is circulating again, with netizens trolling the actor.

"it becomes uncomfortable for others"

A throwback photo of Ranveer Singh is circulating in 2021, with fans trolling the actor.

The Bollywood star took part in a photoshoot with Vogue in 2018. He showed off his bold fashion sense by posing in a pair of heels.

In the picture, Ranveer is seen wearing a shimmering fringe jacket and matching top.

He paired the shiny combo with skintight bottoms and black heeled boots.

The outfit challenged male fashion norms as Ranveer sported clothes that are not typically worn by men. But the photoshoot highlighted the growing trend of gender-neutral fashion.

However, some netizens have still not accepted it and decided to troll the actor’s outfit three years later.

This ranged from homophobic rants to remarks towards Ranveer’s wife Deepika Padukone.

One person said: “Is that Deepika Padukone’s outfit?”

The trolling towards gender-neutral fashion is evident that aspects of society do not accept men showing a feminine side. 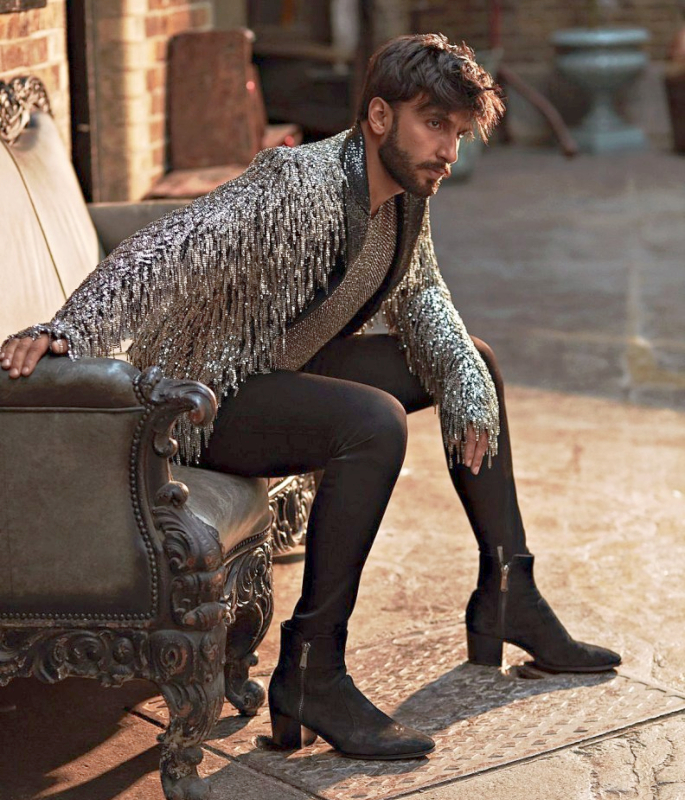 She said: “If you ask someone why a man shouldn’t wear a skirt, there is no real reason.

“It’s just something we have learned from childhood and never questioned because we believed what was told to us by our parents/society was the rule.

“The conflict starts only when we see different things happening in another society and wonder why that is because either they are not following the ‘rules’ or there are ‘no rules’.

“Now, if someone wants to break the norm, it becomes uncomfortable for others because it defies a longstanding belief system for a culture or a community.”

Bollywood actor Sharib Hashmi explained that Ranveer Singh is known for his out-of-the-box style that always makes a statement.

He stated: “And I really applaud him for that. I just feel everybody has the freedom of wearing what they want.

“Nowadays, fashion has changed as per generational choices and we should also move with the times.”

“I don’t feel it’s something that should be trolled.”

Despite the regressive trolling, fashion designer Ayush Kejriwal is not surprised, saying:

“I think people feel threatened when others are confident about their sexuality and are able to express themselves freely.

“It is very sad to see such intolerance.”

“What I see of him is that he lives his life on his own terms. It’s sort of his personality, and he’s not afraid of experimenting.

“I guess that’s his creative vision. He goes with his gut and not with the world’s perception.”

“He is not afraid of experimenting and is open to trying anything.

“When I am styling him, I don’t think of him as a man or woman.

“Nowhere does it say that certain colours are for certain people. Ranveer is open to anything and one gets to give creativity free reign with him.”

Dhiren is a journalism graduate with a passion for gaming, watching films and sports. He also enjoys cooking from time to time. His motto is to “Live life one day at a time.”
Three Indian Innovators selected in ‘Fashion for Good’
Emerging Indian Designer Selected for London Fashion Week