Mia Khalifa expressed her delight at her ‘art heist’, revealing that she is the proud owner of a Picasso original.

"Picasso had never looked so good."

Mia Khalifa happily announced she was the proud owner of a Picasso original, labelling it her ‘art heist’.

The former adult film star took to Instagram to share photos of her artwork, whilst titillating her fans.

She expressed her passion for art while posing completely naked, using the framed artwork to cover her modesty.

The first picture was in black and white while the second was in colour.

The third image captured a more candid shot of Mia, showing her kneeling on the floor and laughing. 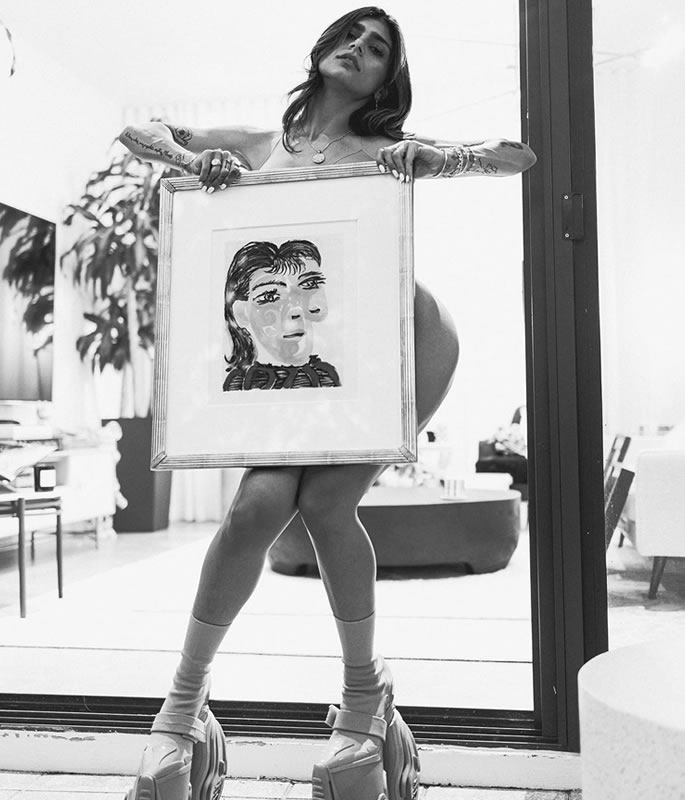 “(Can’t believe this little brown girl from Lebanon has a Picasso hung on her wall. Really feels like an art heist to accomplish this).”

Unsurprisingly, her daring photos were a hit with her fans.

One said: “The only work of art in these pictures, my dear, is you.”

Another wrote: “You are definitely a work of art Mia.”

A third said: “Here we see a spectacular and beautiful work of art holding a painting by Picasso.”

One user joked: “Picasso had never looked so good.” 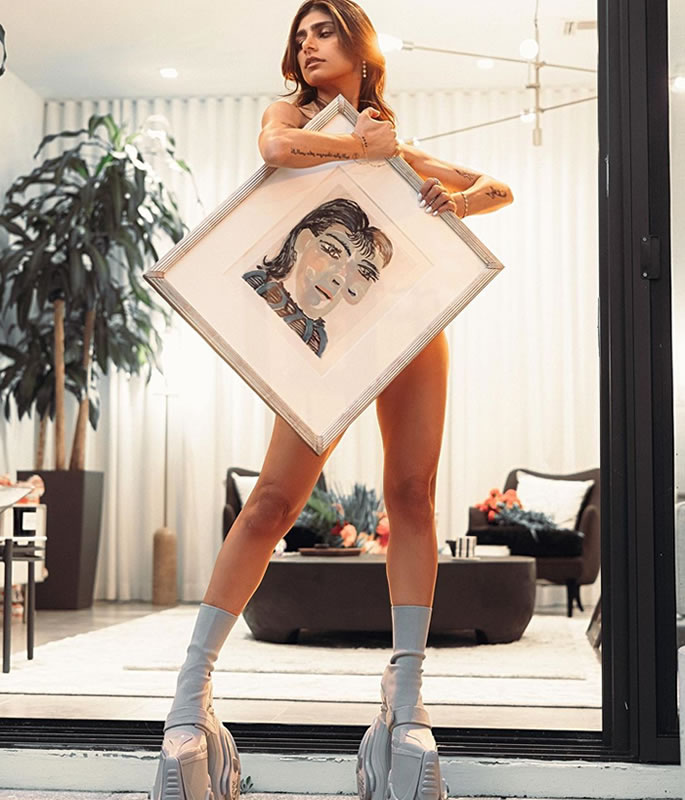 While her risqué pictures raised temperatures, they were not the only talking point.

A lot of attention was on Mia’s extravagant shoes.

The grey platform boots were from WINDOWSEN, a brand known for creating wacky footwear inspired by sports footwear.

The ankle-length boots featured a futuristic design and gave Mia a towering stature. 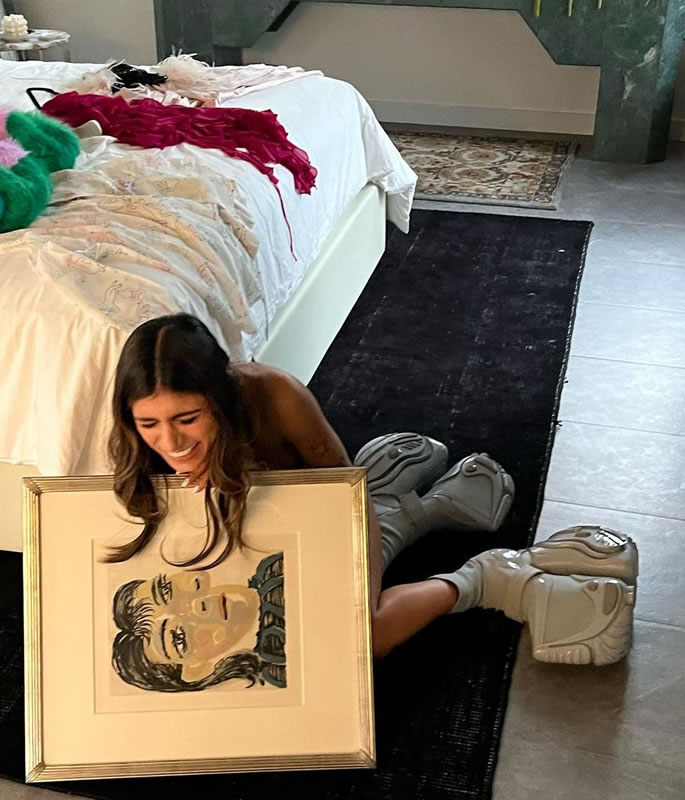 Fans voiced their opinions on Mia’s choice of shoes.

One person said: “Can we even call those shoes.”

Another commented: “The shoes getting their moment.”

This is not the first time Mia Khalifa has shown off the painting.

Previously, the influencer donned a loose-hanging all-white co-ord, which bared her assets as she lounged on a bed and looked over at the painting. 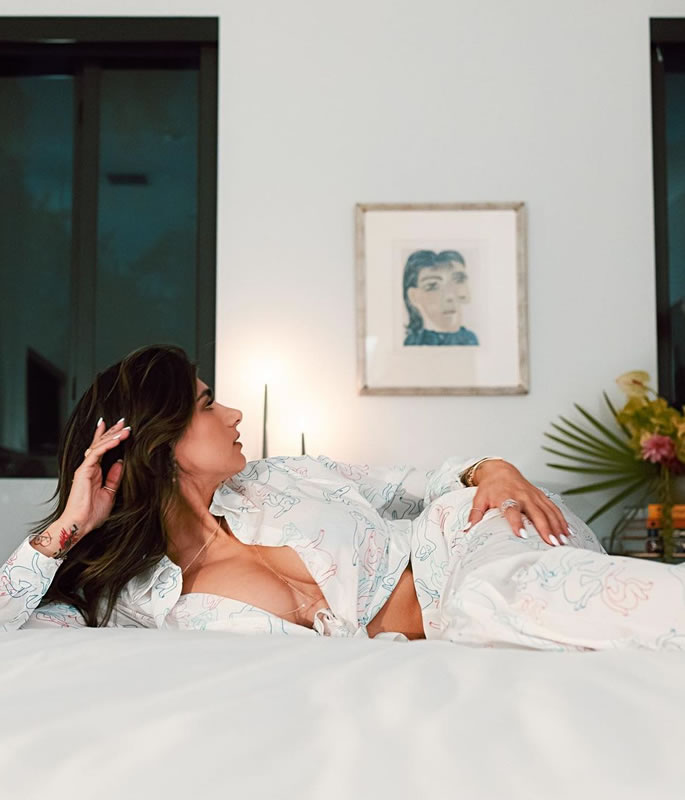 In the caption, Mia revealed that the painting was Picasso’s Tête de femme No. 2, portrait de Dora Maar from 1942.

Mia also showed off her art knowledge, explaining the origin behind the painting.

“Dora’s volatility and vehement leftist views on politics were Picasso’s muse for the duration of their affair.”

“Her heartbreaking exposure to the Spanish civil war was why Picasso usually depicted her as weeping, and her rage and passion were inspiration for him.

“She taught Picasso about politics, and surrealism photography, and taught him techniques he never knew.

“The fetishisation of her pain and heartbreak, what Picasso called his ‘muse’ were denounced by her. ‘These are Picasso’s portraits. Not one is Dora Maar’.

“I’m proud to be reminded every day that no matter how much suffering one’s endured, and no matter how permanent it may seemingly be, whether that’s in the form of scars or an iconic painting who’s the creator is pedestaled (and I am guilty of building that pedestal), we are bigger than our tribulations and we will not be defined by them or the men that inflicted such pain.”

Dhiren is a journalism graduate with a passion for gaming, watching films and sports. He also enjoys cooking from time to time. His motto is to “Live life one day at a time.”
The Magic of ‘Aladdin’ at Wolverhampton Grand Theatre
5 Top Christmas Shows to Watch in Theatre