Why did Kings XI Punjab finish Last in IPL 8?

Despite Kings XI Punjab being finalists last year, in IPL 8 they finished bottom of the ladder in the most disappointing season in their history. DESIblitz explores why.

"The decision-making under pressure has been found wanting."

Kings XI Punjab were arguably the best team in IPL 7. They finished top of the leaderboard and narrowly lost to the Kolkata Knight Riders in the Final.

This was a huge turnaround for a team heavily panned by critics over the previous six series of the IPL.

Unfortunately it appears that they have not continued the momentum from their previous success. They embarrassingly finished at the bottom of the table in IPL 8.

Last season, they won 11 and lost only three matches. In a complete reversal, in IPL 8, they only won three and lost 11. How did this happen?

Players who only weeks earlier had helped Australia to win the 2015 Cricket World Cup, failed to deliver performances befitting champions.

DESIblitz analyses why Kings XI Punjab suffered from their most disappointing season in their history. 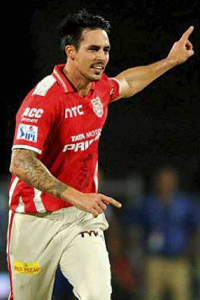 Bowling has always been the weak link for the Kings XI.

But in the 2014 IPL, this deficiency was compensated by incredible batting performances.

In the 2015 IPL however, the poor batting increased the pressure on the bowlers.

Unfortunately they struggled to cope with the challenge.

Mitchell Johnson, who had impressed with stellar match-winning performances at the World Cup, struggled to adapt to the conditions.

He took only took nine wickets and was fourth in the team rankings.

Spinners are incredibly important in the IPL, particularly given the conditions and pitches in India. 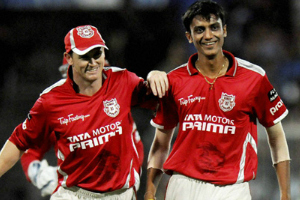 They contain runs which can often strangle teams, and they rush through their overs which speeds up the over rate.

The inexperience of both bowlers showed as they were on the receiving end of a damaging power-hitting. This seemed to intimidate the young bowlers.

An experienced bowler, after having been smacked out of the park, would toss the ball up slower and even higher, to entice the mistake out of the batsman.

Poor Starts in the Powerplays 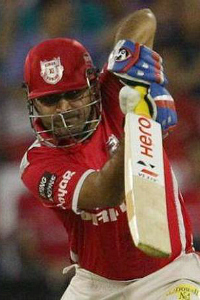 As in any form of cricket, it is crucial that the openers create a solid platform for the rest of the innings to flourish.

Punjab’s openers never really got going. In the Powerplay, they lost a season total of 32 wickets. This was 10 more than any other team.

In the first six overs, their batsmen averaged 19.5 runs, where as every other team averaged at least 26.7 runs.

In half of their matches in IPL 8, the Kings XI lost three wickets for less than 50 runs.

Virender Sehwag had a poor campaign and the management’s patience wore thin. He was eventually dropped after eight games.

The Kings XI’s most high-profile signing, Murali Vijay, did not provide the impetus that was hoped.

The meaty middle order which includes the two dynamic Aussies, George Bailey and Glenn Maxwell, struggled for form. Along with poor starts by the openers, this really hurt Kings XI in IPL 8.

South African David Miller was the only one who brought his World Cup form to IPL 8.

Maxwell, who had been so enigmatic in IPL 7, was a shadow of his former self. Last season, his first three scores were 95, 98, and 95.

In 11 games in IPL 8, he scored a measly 145 runs. In his first three innings this season, he was out after five balls or less.

Maxwell has admitted that after the euphoria of winning the 2015 World Cup, his motivation to play dipped dramatically.

Sadly for Kings XI Punjab, his dip directly correlated to the team’s demise.

Poor Decision Making On and Off the Pitch 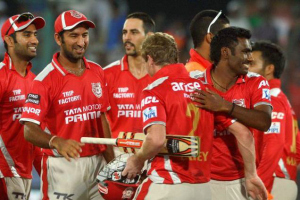 At a press conference, Kings XI Punjab Coach Sanjay Bangar said: “There have been occasions wherein the decision-making under pressure has been found wanting.”

But it was not just on the field. Off the field also, their managerial decisions made little sense.

Bowler Beuran Hendricks was introduced far too late in the tournament, when Punjab were out of contention for the playoffs.

After such a successful IPL 7, complacency may have set in to the Kings XI camp. While other franchises were planning their future success, the Kings XI regressed.

They did not spend wisely at the auction, and bought only three players. To the surprise of many, they let go of one of their stars from IPL 7, Mandeep Singh, who has had a successful IPL 8 at RCB.

With such a disappointing year for Kings XI, it is understandable why, in one incident, the usually grinning George Bailey threw his bat in disgust.

Bollywood star Preity Zinta, the co-owner of Kings XI Punjab, apologised to fans for the team’s performance via Twitter:

I’d really like 2apologize ? 2all #kxip fans 4 a terrible performance this IPL. Am hoping we can give u something 2smile about in the future

It is now vital that the Kings XI Punjab management go back to the drawing board and analyse where things went wrong.

Will Kings XI Punjab be able to turn it around once again and become true challengers for the title in IPL 9?

Or will they continue to cause their fans despair and anger?

Punjabis all over India, and in the diaspora, will dearly hope that it will be the former and not the latter.

Neerun is an English Literature student, who is passionate about all things Bollywood, fashion and cricket. Her motto is: “Life is not always perfect. Like a road, it has many bends, ups and down, but that’s its beauty.” (Amit Ray).