An Indian restaurant in London leaves a very special remark for its customer’s order of a mild venison curry. DESIblitz has the full story!

"It implies we can’t deal with strong curries...I thought it was very rude of them."

A customer of an Indian restaurant in London is furious his threshold for spicy food is being belittled.

When he takes a closer look at the receipt, the first-time customer feels nothing but insult.

Next to his order for a venison curry is special remarks for the chef that reads in capitals: ‘*** VERY MILD, WHITE PPL ***’.

The Heathrow Airport supervisor is displeased his food is prepared based on his skin colour. 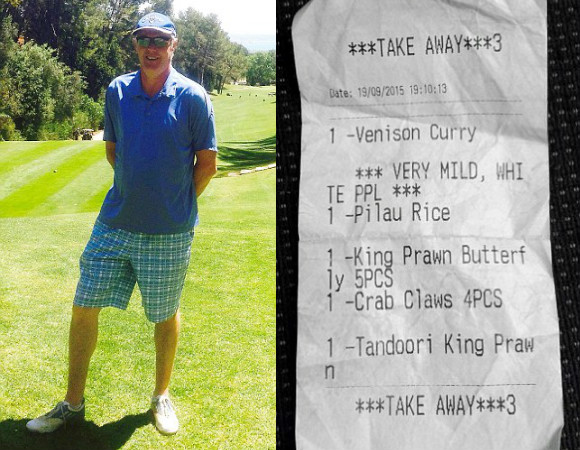 He responds: “I was not happy at all. It implies we can’t deal with strong curries.

“I do like a hot curry sometimes. I just fancied a mild one for a change. I thought it was very rude of them.”

In fact, Stuart is so mad his tolerance for chillies is underestimated that he has submitted a formal complaint to Valentine and vows to never return.

Restaurant owner, Ruby Kandasamy, apologises and explains the entire incident is down to misunderstanding.

She says: “Under white ppl, we don’t mean white people, but a white sauce made from milk, single cream, coconut milk and spices we add to our dishes when a curry is requested mild.”

In other words, ‘ppl’ is the way Valentine refers to ‘milk’. 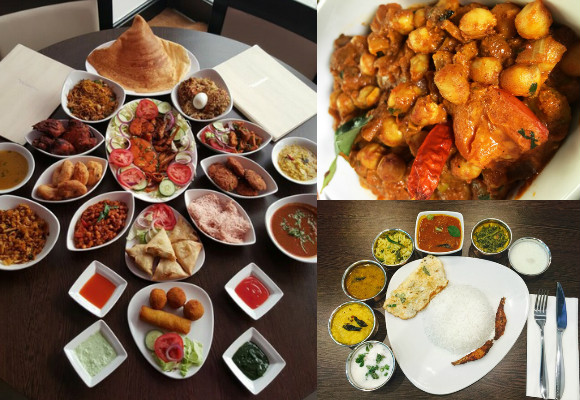 Ruby adds: “However, we have decided to change the way we inform the kitchen and will mention ‘add white ppl’ or ‘with white sauce’ to avoid any confusion with our customers.

“We want to apologise to the customer for any inconvenience and misunderstanding, we hope the curry was nice and he or she will visit us again.”

A second chance? Probably not, as Stuart finds the explanation bemusing: “What other colour is milk? I spoke to an Indian friend of mine and ‘ppl’ doesn’t mean milk.”