The Hocane sisters spoke about the subject of depression. However, Mawra and Urwa have been slammed for their comments which were seen as ignorant.

"it's all because of food. There is no other reason."

Pakistan’s famed Hocane sisters have been called out over their “ignorant” statements regarding depression and mental health.

Social media users were incredibly angry at Mawra and Urwa’s comments especially since the subject is not given enough attention in Pakistan. The matter tends to be seen as unimportant and often ignored.

The sisters appeared on a morning talk show when they made the comments. They were promoting their clothing brand UXM.

But the interview attracted attention when they started talking about the importance of eating healthy and the causes of mental illness.

They encouraged people to do regular exercise and live stress-free, however, their comments on mental health were not taken well.

The Hocane sisters explained that what we eat affects our mental health.

Urwa then said that people are only suffering from depression because of what they are eating and that there is “no other reason”.

She said: “What you put into your body greatly determines your mental health as well.”

Urwa then casually added: “These days there are so many problems about depression, mental disease, it’s all because of food. There is no other reason.”

Mawra also said: “It’s what you put in your body.” 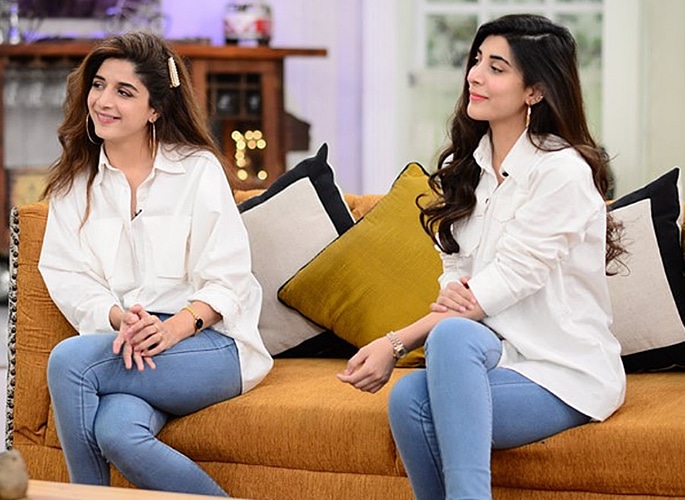 Their comments did not go well with social media who called out the pair over their views towards mental health.

While food has an impact on mental health, it is not the only reason. Users were quick to point it out.

One person commented: “While food is a serious ingredient in affecting your physical and mental health, it is certainly not the sole reason for depression.

“Depression is an acute disease which plays havoc with our lives.”

Another user slammed them, saying:

“Height of ignorance. Depression and other mental illnesses have several causes, such as trauma, genetics, environmental triggers etc.

“What you eat is NOT the only thing that causes depression. Urwa and Mawra, please do your research before saying such statements.”

Comedian Shehzad Ghias came out an explained why Urwa and Mawra’s statements were problematic.

The last thing you should be doing is dismissing their suffering because your experiences with your life have been different.

“On Tuesdays, we wear white and make statements about things we don’t know anything about.”

Following the criticism, Mawra seemingly made a jibe towards those calling her out. She shared a tweet by popular author Paulo Coelho.

She later tried to explain the statements she and her sister made in a post.

The post read: “If you eat lots of processed meats, fried food, refined cereals, candies, pastries and high fats products, you are most likely to be anxious and depressed.”

While Mawra has responded and is trying to defend her opinions, Urwa has decided to stay silent.

Dhiren is a journalism graduate with a passion for gaming, watching films and sports. He also enjoys cooking from time to time. His motto is to “Live life one day at a time.”
Choosing the Best Makeup to Wear in the Heat
Top 7 Ways to Reduce Hyperpigmentation