Soya beans are rapidly becoming a much healthier alternative to meat. Soya contains a complete source of protein. We look at the pros and cons of soya.

Soya is a good source of protein without the high level of saturated fat.

Soya usually bears the tag of being a ‘healthy’ alternative to animal based products but what are the health benefits of soya?

The horse meat scandal in Britain increased sales in soya based meals. People are now more conscious of what they consume and are beginning to see it as a healthy alternative to processed meat.

A South Asian study earlier in April 2013 also praised the benefits of soya for prolonging the lives of lung cancer survivors.

So can the health benefits of soya work wonders for you?

What is Soya Bean?

Soya bean is an edible species of legume that is native to East Asia. In the 1600’s the Dutch East India Company brought the soya bean from Southern China to Northern India. India is now the fifth main producer of soya behind the U.S., Argentina, Brazil and China. 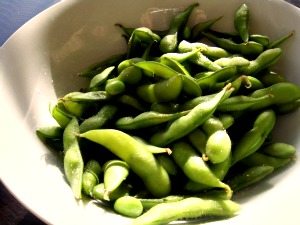 Soya bean can be used in its traditional non-fermented style, which includes soya milk and tofu. Alternatively, it can be fermented to make soy sauce and fermented bean.

Soya is considered to be a source of complete protein as it contains all the essential amino acids that the human body cannot internally produce. Vegetarians, vegans and people who try to minimise their animal food based intake will find that it is a good source of protein without the high level of saturated fat.

Findings of a study carried out in Shanghai were released earlier this month which concluded that women who appeared to eat more soya based foods before their lung cancer was diagnosed, lived longer than those who consumed less. These findings are especially significant for women as lung cancer is the biggest cause of death among women worldwide.

Other benefits of soya include:

Soya Bean oil is also one of the healthiest cooking oils around:

“One of the things that makes soya bean oils so versatile is that it just has a very neutral flavour so it doesn’t mask the flavours of other kinds of ingredients that you might be trying the highlight or showcase,” says Michelle Babb, a registered dietitian.

“It’s a great oil for doing stir frying where you have lots of ingredients that you want to showcase. Not only is soya bean oil one of the healthiest oils, but it is also inexpensive so it allows you to eat healthily on a budget.” 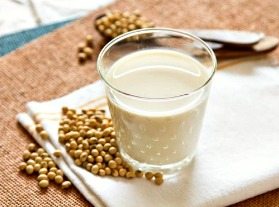 We are encouraged to believe that soya is a healthy alternative to animal based products via television commercials but is this entirely true?

Fresh soya milk does contain fewer fats and carbohydrates than cow’s milk but this is not the milk that we pick up from our supermarket shelf. Commercial soya milk products are made from a mix of soya bean powder, water, oil and sugar and not from whole soya beans.

This means that the fat and carbohydrate content of supermarket soya milk is very similar to full fat cow’s milk. But the twist is they do not share the same types of fats and carbohydrates.

‘Good fat’ sunflower oil is typically added to soya milk, which is rich in polyunsaturated and monounsaturated fats. Cow’s milk is full of butterfat which has a high level of saturated fat so soya milk wins in terms of healthiness.

Cow’s milk has the carbohydrate lactose and because we are hearing about more people saying that they are lactose-intolerant, soya milk is a good alternative as it has no lactose.

How to incorporate Soya into a South Asian diet

How about sampling and discovering the health benefits of soya first hand, by trying the following simple tasty soya masala rice recipe. 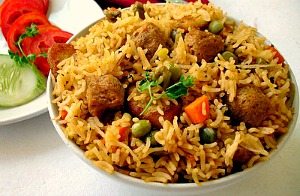 Soya in its natural form cooked is a staple that you should have in your diet due to its excellent source of complete protein. It can be added and enjoyed in many different recipes and it offers an animal-free meal that can be beneficial for the human body.

However, manufactured soya based products like yoghurt and milk have had their nutritional content diluted and we should not expect them to give us the health kick that recent studies have shown.

Overall, soya is definitely a good alternative form of protein that the body needs to healthily survive. If you don’t want to eat meat, the health benefits of soya can be good for you. Go ahead and give it a try!

Clare is a History Graduate who writes about important current issues. She enjoys learning about being healthy, playing the piano and reading as knowledge definitely is power. Her motto is 'Treat every second in your life as holy.'
What is the Fruit Diet?
The Importance of Conditioned Hair