Digital sales of South Asian music have risen dramatically and provide the perfect method to produce the first ever official Asian music chart. The chart will be presented on BBC Asian Network and provide a run-down of the top 40 songs officially downloaded in the UK.

The first official download chart for South Asian music commences on the BBC Asian Network radio station on 27th March 2010. A dedicated programme presented by Bobby Friction will feature the top Asian tunes downloaded using official sales figures from the UK. The chart will be a three-hour show between 3.00pm and 6.00pm every Saturday.

The music for the chart is a combination of music from different South Asian genres, including Bollywood, Bhangra, Pakistani and Urban Asian music released and digitally sold in the UK. It is the first representation of artists from different genres in one official chart with proper sales figures to back the chart position of each song. In the past there have been many attempts to launch an official chart of this kind but nothing materialised. Therefore, this chart will significantly change the way Asian artists and music producers are recognised for their work, creativity and sales. 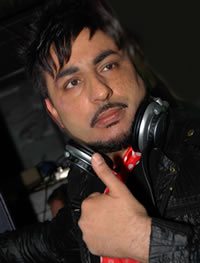 The chart is compiled by The Official Charts Company (OCC), a joint venture between the record labels’ body, the British Recorded Music Industry (BPI), and the Entertainment Retailers Association (ERA). The OCC is responsible for the commissioning, marketing, distribution and management of the UK’s industry standard music and video charts and is endorsed by the British Video Association (BVA).

The OCC’s chart information for the Official Asian Download Chart is based on UK sales data provided by Millward Brown from a panel of more than 30 digital music stores together with data from Phonographic Performance Limited (PPL), the UK organisation that licenses sound recordings and music videos for use in broadcast, public performance and new media.

The BBC Asian Network has played a strategic role in developing the chart, which is based on UK-only digital retail sales. Previously, an opinion based chart was presented by the station every week. The new show format features a count down of the best new Asian music and releases, including more listener interaction than ever before. The chart will also feature key “No.1” moments, with special guest artists, together with a strong link to Mumbai, India.

Mark Strippel, Head of Music and Events at the BBC Asian Network, said,

“The Asian Network takes its responsibility towards supporting the Asian music industry very seriously and we’re proud to be launching the first official chart format.”

He added, “The formation of this chart has been a long time coming and is a real landmark moment.”

Phil Matcham, from the Official Charts Company, said, “Creating an official chart that covers Asian music sales has been a long-term ambition of ours and we are delighted that we are now able to produce such a chart.” He added, “We are confident it will provide a focus for, and raise the profile of, this vibrant and successful genre.”

Bobby Friction the presenter of the chart show said, “To say I’m excited to present the world’s first Asian Download Chart show is an understatement!” He added, “I’ve spent 20 years in this industry waiting for something like this to happen, and presenting the show is something I’ll do with joy and full-on passion.
At last music fans around the world will be able to gauge the true popularity of their favourite artists and tracks, make no mistake – this is a game-changing moment in the history of Desi music.”

Digital sales have increased rapidly over the last few years. In 2009, 98% of all singles sold in the UK were downloads. Most Asian releases are now available on digital formats, which further cements the importance for the Official Asian Download Chart.

The full top 40 chart will be made available online via the BBC Asian Network site following each transmission, at bbc.co.uk/asiannetwork.