Faryal Makhdoom reveals Regret at Getting Married at 21

Faryal Makhdoom, the wife of Amir Khan, has candidly revealed in a Q&A that she regrets getting married at the age of 21.

"I would change the age I got married."

Faryal Makhdoom has admitted that she regrets getting married at the age of 21 in a candid Instagram Q&A.

Faryal, now 29, reflected on being “too young to go through the s**t I did” as she insisted she would have “enjoyed my youth a bit more because it never comes back”.

In January 2012, Faryal and Amir Khan held a lavish engagement party and exchanged rings in front of 1,000 of their family and friends.

The couple went on to get married on May 31, 2013, at the Waldorf Astoria hotel in New York City in a ceremony which reportedly cost more than £1 million.

Amir and Faryal then held a second celebration in Manchester and invited 4,000 guests.

However, in a fan Q&A, Faryal admitted that she regrets getting married at such a young age. When asked what she would change if she could go back in time, Faryal replied:

“1. I would change the age I got married. I was too young to have gone through the s**t I did. Lol.”

She went on to say that she would have furthered her education:

“2. I would’ve finished law school. 3. Enjoy my youth a bit more because it never comes back.”

Faryal, who is a mother to Lamaisah, aged six, Alayna, aged two, and Muhammad Zaviyar, aged eight months, was also asked if she would have more children.

She ruled out the idea, adding: “I’m blessed with three and that’s enough.” 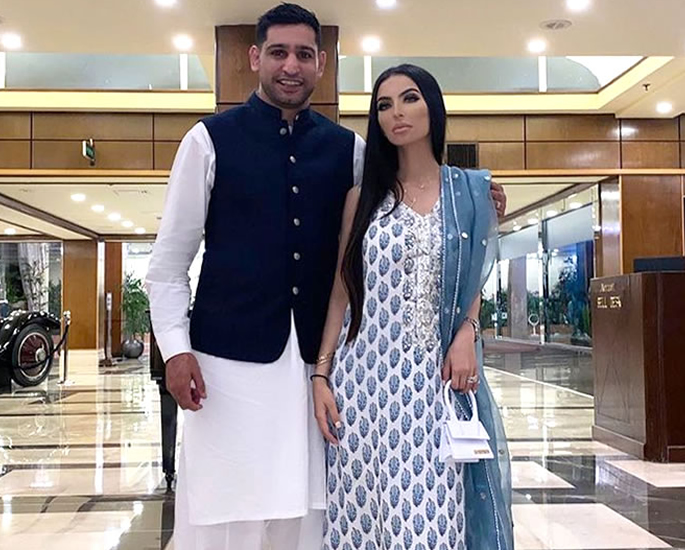 Faryal and Amir’s marriage has been a public one with ups and downs. In August 2017, they briefly split after they accused each other of cheating. They reconciled two months later.

The Khan family publicly fell out in 2016 and 2017 amid a war of words between Faryal and her in-laws.

Faryal Makhdoom claimed they bullied her while they called her “evil” and labelled her a bad mother.

Following an 18-month public feud, Amir and Faryal reunited with his mother Falak and father Shah in May 2020.

In early 2020, Amir revealed that having a separate house attached to their main home which he stays in from time to time is key for their relationship.

Amir spoke about the importance of having your “own space” in a relationship.

He said: “I swear it’s the best thing ever.

“I do think having a separate house has also made our relationship stronger because you’re not in each other’s face all the time.

Faryal Makhdoom added: “When you don’t have kids, you think young and act young.

“But with kids, you do grow up and I think it does definitely make you stronger.

“Sometimes when you can’t stand each other, you have to think that you have children.”

In August 2020, it was announced that the couple had landed their own reality show.

Meet The Khans: Big In Bolton will see the couple balance their careers and relationship with raising their young kids.

Dhiren is a journalism graduate with a passion for gaming, watching films and sports. He also enjoys cooking from time to time. His motto is to “Live life one day at a time.”
US Couple charged after Man found Living in Storage Room
Ticket Office Clerk jailed for £280k Fraud