Awareness of cancer amongst ethnic minorities requires needs to be stepped up. A programme called Ethnic Minority Cancer Awareness Week wants to address this. We look at the issues and signs to look out for with regards to this illness.

53% of BME women didn't know what they were looking for

Cancer often presents late in ethnic minorities. By this time harm is often done and treatment is less effective. Ethnic Minorities are less likely to take up cancer screening services. Language barriers prevent real information helping the elderly who are most at risk. The Ethnic Minority Cancer Awareness Week hopes to change all this. It is holding a range of events across the country to raise awareness.

As smoking increases amongst British Asians there is a possible rise in lung cancer in the future. On this background, cancer services are failing to keep records of ethnic minorities in cancer registries. This makes it difficult to study cancer incidence in ethnic minority populations. 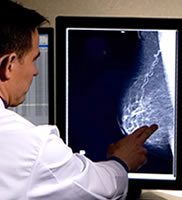 Few Asian women take up cervical screening services. A survey of 1500 women commissioned in 2009 showed that only 36% of Asian women understood the risks associated with cervical cancer. 45% of over 50 black and ethnic minority (BME) women had never been to a breast screening appointment. 76% stated that they had not received an invitation to attend one. 43% of BME women have never self examined their breasts for lumps (compared to 11% of the general population). 53% of BME women didn’t know what they were looking for in a breast examination.

Cancer needs to be detected early for treatment to work best. Cancer is the uncontrolled, abnormal proliferation of cells. Cancer frightens people and often they don’t seek help before it is too late. It is better to seek help when the cancer tumours are small and can be removed. So how can you spot the early signs of cancer?

The best way is regular cancer screening. This can detect cancer at its earliest stage before symptoms occur.

The NHS run screening programmes for common cancers such as breast, cervical and bowel.

Going for a regular check up with your doctor can pick up early signs. Symptoms for cancer are non specific. They can often be due to conditions other than cancer. So don’t be alarmed. It is better to have all the tests to rule out the possibility of cancer.

The signs of cancer are:

Unexplained weight loss is common in cancers. If you have lost more than 10 pounds despite eating normally see your doctor. Fatigue is mostly a result of stress and can also be caused by hormonal disease. It is important to rule out cancer.

Lung cancer can present with persistent dry cough. If you don’t have the symptoms of a cold or fever and the cough does not produce phlegm, it could be due to cancer. Most commonest cause of persistent cough with phlegm is chronic bronchitis, due to smoking. 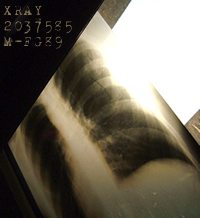 A change in bowel habits is a sign of cancer of the colon and rectum. This is one of the most commonest cancers. If you are over the age of 40 and develop constipation or go to the toilet less often than normal, a tumour in the bowel is a possible cause. This is significant if the constipation is associated with bleeding from the back passage, weight loss and a feeling of not having opened your bowel completely. There are other causes but cancer needs to be ruled out.

Bleeding from the back passage is a common sign of cancer. It is only significant if there is also a history of change in bowel habit and weight loss. Often it is cause by piles or tears in your back passage.

For a woman, bleeding in between your periods or after menopause could be due to cervical cancer or womb cancer. There might be a discharge with the bleeding. Also look out for lower abdominal pain and pain on having sex. This could also be caused by chronic sexually transmitted infections of the vagina.

Urinary difficulty can indicate cancer of the bladder or prostate. Prostate cancer is a common condition in men. If you have reduced stream of urine, hesitancy when starting to urinate or dribbling consult your doctor. These symptoms could also be caused by Benign Prostatic Hyperplasia, an over growth of the prostate which surround your urethra through which you urinate. This does not lead to cancer.

Moles are a well publicised sign of skin cancer. The features to keep an eye on if you have a mole is any change in the shape, size, colour. Mole which have irregular borders or look like an unhealed open wound could be cancerous.

Lumps in the skin can also indicate cancer. If the lump moves easily inside the skin it could be benign. If the lump appears irregular and tethered to the tissue underneath it is more likely to be cancer. The same applies to lumps found in the breast.

Ethnic Minority Cancer Awareness are organising events around the country. These include:

S Basu wants to explore the place of Indian diaspora in a globalised world in her journalism. She likes being a part of contemporary British Asian culture and celebrates the recent flourishing of interest in it. She has a passion for Bollywood, Art and all things Indian.
Ten Foods that burn Fat
Top 10 Risks of the South Asian Diet