A drug dealer splashed his illegal gains on designer clothes and attempted to fly out of the country for a holiday before he was arrested.

"the amount involved is substantial."

Owais Hassanjee, aged 29, of Blackburn, was jailed for four years. The drug dealer was arrested as he attempted to fly out of the UK for a holiday in Morocco.

He had also gone on a shopping spree for designer clothing in Leicester.

Hassanjee was arrested at Gatwick Airport as he boarded a plane in 2019.

Police had been tracking him and were able to prove the cash he had used was the proceeds of heroin and crack cocaine sales in Cheltenham and Gloucester.

A receipt found in his belongings showed evidence of a £2,354 shopping spree at Flannels, in Halford Street.

In the man’s rucksack, officers found Class A drugs worth around £22,000 along with a mobile phone.

It indicated that Hassanjee was the man’s drug dealing controller.

Stephen Dent, prosecuting, said that a second, unscheduled visit at Hassanjee’s home address found he was in possession of a phone with 220 contacts listed in all areas across Gloucestershire.

The drug dealer admitted being involved in the supply of heroin and crack cocaine. 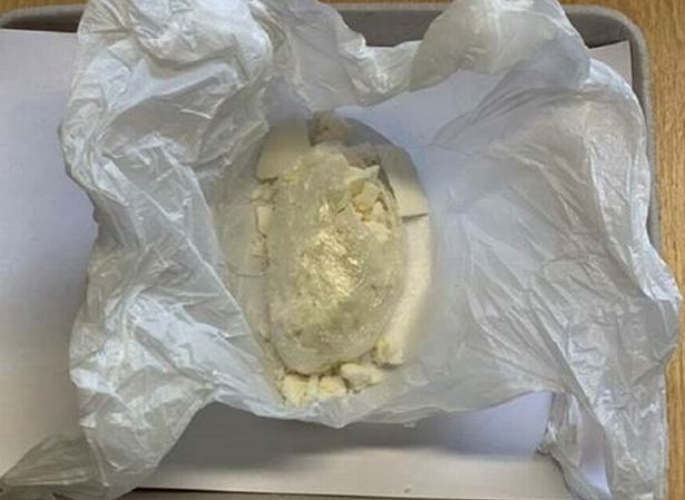 Jollyon Robertson, defending, said Hassanjee’s offending “was driven” due to his drug habit.

He added: “Hassanjee has a serious drug addiction which has affected him in many different ways.”

Recorder James Waddington QC told Hassanjee, who was jailed in 2011 for a similar offence:

“Your offending was significant because the amount involved is substantial.

“I’ve taken into account your drug addiction which has limited value in mitigation for which you pleaded guilty to the conspiracy charges.

“It was your choice to deal in drugs which was mainly to fund your own habit.”

In a statement, Gloucestershire Constabulary said:

“Our force crime operations team came across Hassanjee whilst investigating the supply of drugs in Cheltenham and Gloucester during 2018 and 2019.

“In 2019, officers arrested Hassanjee at Gatwick Airport whilst he was leaving the country to go on holiday.”

“His bags were searched and he was found in possession of a large quantity of cash and a number of items of designer clothing with the price tags still attached.

“The total price of the recovered clothing was just under £2,500 and they were found to have been purchased from Flannels in Leicester with what officers believe was money he had made from selling drugs.

“Telephone inquiries after the earlier arrest of another man on unrelated maters showed messages which linked Hassanjee to the sale of heroin and crack cocaine with an estimated value of £22,000.”

Leicester Mercury reported that Hassanjee was jailed for four years.

Recorder James Waddington ordered the forfeiture and destruction of the drugs as well as Hassanjee’s phone.

“Owais Hassanjee is believed to have been supplying to drug users living in Cheltenham and Gloucester between 2018 and 2019.

“The team became aware of him after concerns were raised about activities taking place at his address and began to investigate his links to drug dealing.

“His arrest in 2019 was a key part of the investigation as that allowed us to stop him from further offending, the team are pleased to have another drug dealer off the streets of Gloucestershire.”

Dhiren is a journalism graduate with a passion for gaming, watching films and sports. He also enjoys cooking from time to time. His motto is to “Live life one day at a time.”
Pakistan passes Bill banning Corporal Punishment of Children
Indian Man ‘commits suicide’ over Son’s Death