Drug Dealer jailed Who Went on the Run in Pakistan

Drug dealer Adnan Khan believed he was “untouchable” when he fled to Pakistan after being caught with a large quantity of drugs and cash.

Adnan Khan, aged 32, of Leicester, was jailed for 12 years on Monday, January 28, 2019, at Leicester Crown Court, for possessing drugs with intent to supply.

When the police tried to stop Khan, he led them on a pursuit of up to 100mph causing a family car to spin off the road, although the occupants were not seriously injured.

Despite being arrested and also found in possession of cannabis, Khan was released on bail.

He then fled to Pakistan and failed to attend court in January 2017. Khan was on the run for 15 months, during which he began posting boastful messages and pictures on Instagram with luxury cars, guns and expensive watches. 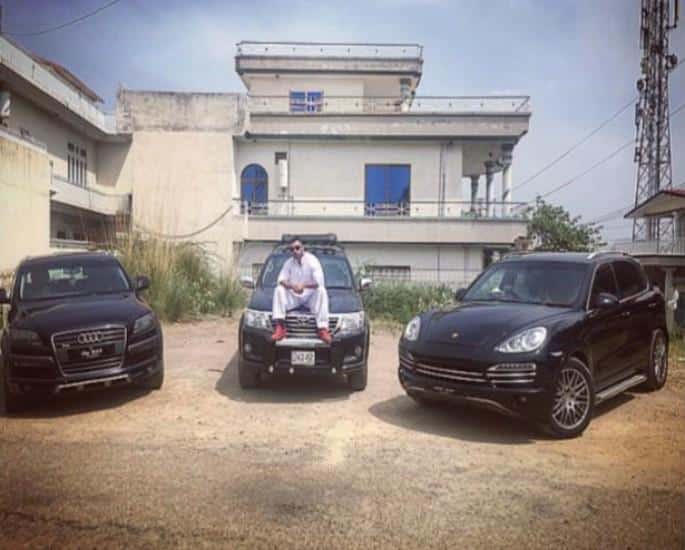 This includes a post which said: “They say my whole team is under investigation but you know what I say, the wise man always gets away.”

The married father taunted police by stating, alongside a gun-toting photo:

“Who the **** says you can’t live it up in a Third World Country when you’re connected up to **** and you’re also a gangster yourself.”

Khan believed he was “untouchable”, however, police caught him when he returned to the UK in April 2018.

Khan was found at a flat on Melton Road, Syston, with a high purity stash of heroin and cocaine hidden under a water tank, along with £3,000 in cash and used packaging from three kilograms of class A drugs.

While on remand in jail, Khan was caught with a mobile phone he had been using to make calls from his cell. 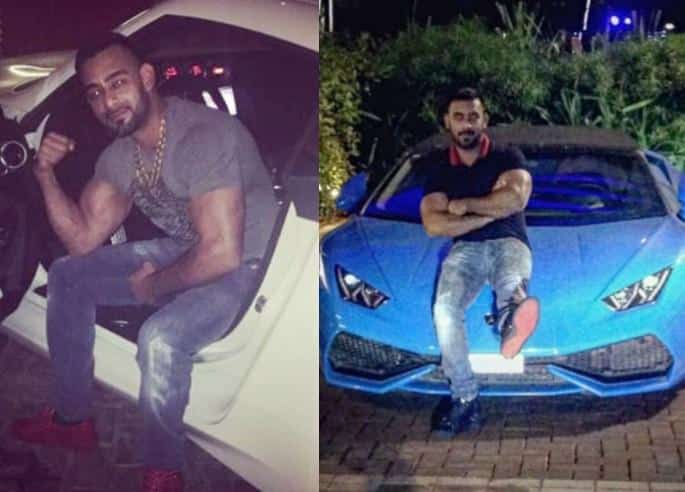 Schreder was given a two year suspended jail sentence in 2017 when Khan was on the run. She admitted conspiring with Khan to supply heroin and cocaine in December 2016.

Judge Nicholas Dean said to Khan: “At the end of 2016 you were involved in drugs, together with Miss Schreder, who played a lesser role… you were in the leading role.

“It was remarkable you were given police bail (in December 2016) but you were and you absconded.

“On social media, you boasted about your activities; I take the view most of it was boasting or untrue.”

The court heard that Khan was previously jailed for four years and four months in 2008 for dealing heroin.

Judge Dean added: “It’s clear you had contacts or a network involved in drug activity in this country and you were quickly able to resume trade in heroin and cocaine on your return.

Douglas Stuart, mitigating, said Khan was a former class A drug addict and when he came out of prison, he settled down with his wife and had a family, but later relapsed which led back into dealing.

Mr Stuart said the Instagram posts were “more bravado than anything else.”

Khan admitted to his crimes when he was arrested following an investigation by the East Midlands Special Operations Unit (EMSOU).

Khan pleaded guilty to conspiracy to supply cocaine and heroin, aggravated vehicle taking and dangerous driving, failing to stop for police, having no licence, MOT or insurance, failing to appear at court, possessing a mobile phone in prison and possession of heroin and cocaine with intent to supply.

Adnan Khan was sentenced to 12 years in prison, he was also banned from driving for seven years.

Hazel Score, EMSOU Investigator said: “Despite trying to hide from police, Khan couldn’t turn away from a life of crime.

“However, due to the committed work of our officers, he’s now been handed a significant custodial sentence.

“The communities of Leicester, Leicestershire and Rutland should feel reassured that another drug dealer has been removed from our streets.”

Dhiren is a journalism graduate with a passion for gaming, watching films and sports. He also enjoys cooking from time to time. His motto is to “Live life one day at a time.”
Woman goes to Pakistan for Love but is Raped and kept Prisoner
Man aged 54 jailed for Paying 17-year-old Girl £200 for Sex