Depression and Anxiety on the Increase says New Data

New data has shown that mental health problems are on the rise, with more people experiencing depression and anxiety. DESIblitz reports.

"There is no single cause for these conditions."

Office for National Statistics (ONS) have released new data showing that mental health problems, such as depression and anxiety are rising.

Previous reports had shown that 18.3% of people experienced depression and anxiety, but that figure is now up to 19.7%.

There are also reports of less satisfaction with health. In 2013 to 2014, 44.6% of people said they were mostly or completely satisfied with their health. This statistic has fallen down from 46.4% the year before.

Nia Charpentier, from Rethink Mental Illness, said: “One in four of us will experience a mental health problem in our life, and conditions such as depression and anxiety, as this data shows, are extremely common.”

For men, especially, Asian men, it is a huge challenge to accept mental health issues and be open to getting help. But, support is available, once the first hurdle of seeking the help is overcome.

Even well-known stars are not exempt from experiencing mental illnesses, especially when their roles come with high levels of stress. Zayn Malik has previously opened up about how anxiety affected him and resulted in him cancelling his shows. 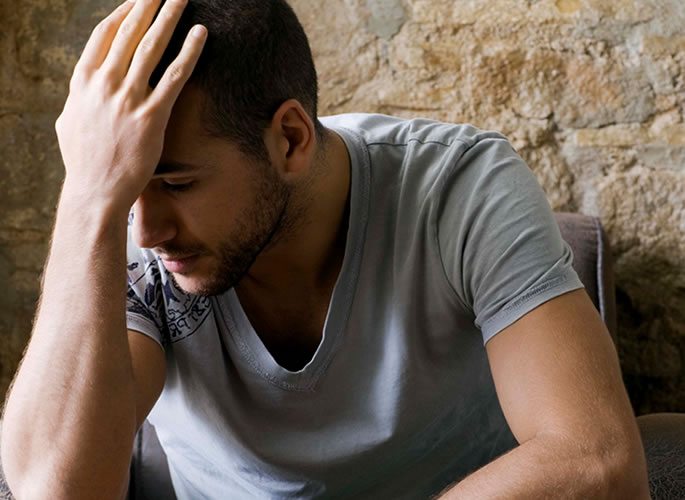 Relationships can take their toll when it comes to mental health issues. For example, supporting a spouse through depression does require help in as many ways possible.

“It is important to acknowledge that there is no single cause for these conditions, but factors such as lifestyle, stressful events like financial difficulties or a relationship breakdown could increase the likelihood of someone having problems with their mental health.”

With depression and anxiety being more spoken about, yet still rising, it is important to know how to seek help, especially when there is not one sole cause for mental health problems.

“If you or someone you know are worried about depression, anxiety or any other mental health problem, remember that help is at hand. You can see your GP, or get in touch with Rethink Mental Illness advice and information service,” advises Charpentier.

Here are some useful organisations to contact for help:

Rethink – Our goal is a better life for everyone affected by mental illness.

Mind – We won’t give up until everyone experiencing a mental health problem gets both support and respect.

Mankind – Specifically for men with a global network of over 1,000 peer-facilitated men’s groups serving close to 10,000 men each week.

Jaya is an English graduate who is fascinated with human psychology and the mind. She enjoys reading, sketching, YouTubing cute animal videos and visiting the theatre. Her motto: "If a bird poops on you, don’t be sad; be glad cows can’t fly."
Huda Beauty launches exclusive Cult Beauty Box
10 Tips & Tricks from Priyanka Chopra’s Makeup Artist