Bangladesh is one of the highest-ranking countries when it involves child marriage.

Child marriage is an ongoing practice in Bangladesh.

While child marriage has been outlawed and brides are required to be 18, girls are made to take on the duties of a wife as early as the tender age of 13.

Unicef reported, 66% of girls are married before they reach adulthood.

In fact, Bangladesh is one of the highest-ranking countries when it involves child marriage.

With many brides becoming the wives of much older men. Even including men who have travelled from abroad.

“The word child marriage to hear its traumatising, makes me shiver just to even think what a child is going through.

“Children should be left to live their childhood, have the chance to go to school, play have fun and have a happy life with their families”

“In the 21st century, we live a world where we know these issues still exist when it shouldn’t and that is a problem.

“Children shouldn’t be waiting and preparing for their wedding they should be spending their lives having fun with others just like any other ‘normal’ child.” 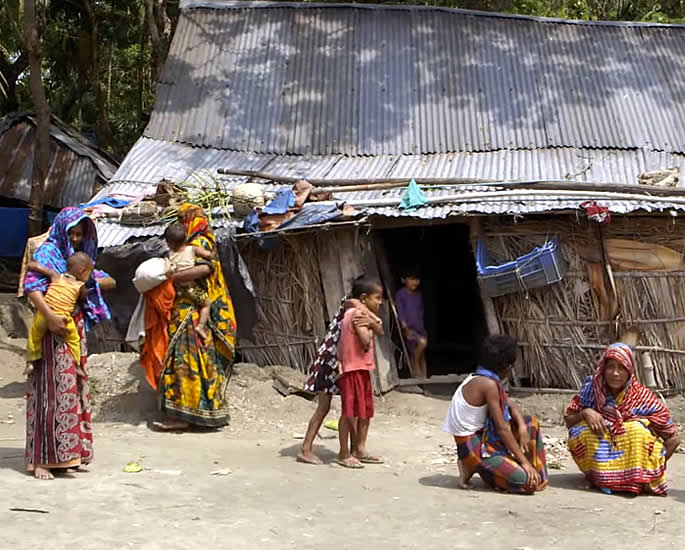 The practice of child marriages is unavoidable, ceremonies take place openly within Bangladeshi villages and the bride’s age is not seen as a concern.

In Bangladesh, age is of the essence and older girls (those above 22) are seen as less desirable. Being past a certain age and living with parents is frowned upon and girls are often shamed for it.

Many girls have been taught the art faking their age so that outsiders bring to them, good suitors.

Parents and elders lie to themselves and believe they are doing their daughter justice as she will now have a better life.

DESIblitz investigates into why child marriage is casually practised in the villages of Bangladesh. 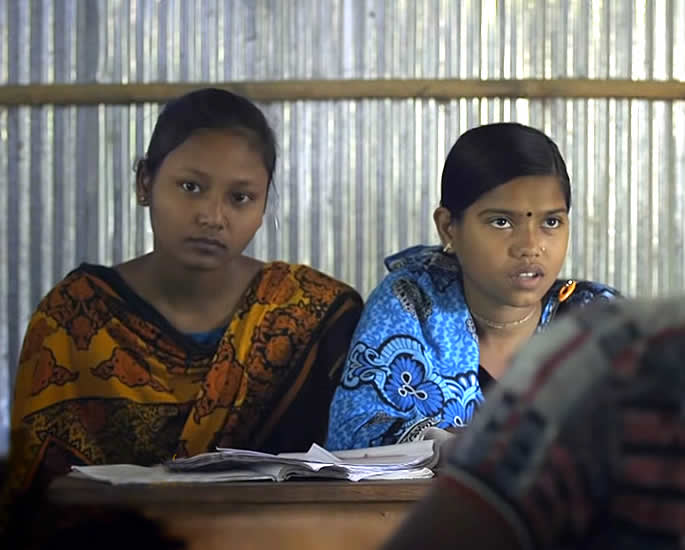 Recently, a change in the marriage legislation allows marriage to happen before the legal age based on certain circumstances.

A correlation can be seen in the cultural practices and what has been labelled as ‘special circumstances’ in the law.

In the early days and in the modern day, males accused of rape were ordered to marry their victim especially if it had resulted in a pregnancy. This was practised in villages and decided by elders who are called the panchayats.

The decision was seen as a kindness to the victim. Females who were victims of rape were seen as used and abused goods. The victim was labelled dirty, unclean and no longer a virgin.

“There are groups of boys who target girls they want to marry.”

“They know the girl’s parents will never accept so he tries to rape her because she will have to marry him.”

“There was an incident near my village where a boy from secondary school abducted a girl on her way to school and took her to another village.

“He wanted the girl to marry him by force but the parents found their daughter and she was able to return home safely.”

Sexual harassment has always been an issue in Bangladesh.

Females are accompanied by other family members on the way to school or to the local shop due to the risk of abduction, rape and harassment.

Girls who are fortunate and make it to university are no less safe.

Many have to use public transport to travel from their village to the city to study. They too are harassed on transport by older men on and near campus.

“Many parents marry their daughters young because they feel it is in her best interest, often to ensure her safety in areas where girls are at high risk of harassment and physical or sexual assault”

“When girls start to grow, boys are after them, especially in the village. That’s why parents want their daughters to marry early.”

Furthermore, some marriages were arranged before the bride or groom had even been born. The trend of promising a son to a friend or a daughter to a cousin was usual practice a few generations back.

Then when the bride became of ‘age’, a ceremony would be held and she would be made to leave with her mystery husband. Most of these brides were unaware of their surroundings and could not understand why they had to leave home.

Farzana talks about what her grandmother who was a child bride. She said the following about her wedding day: 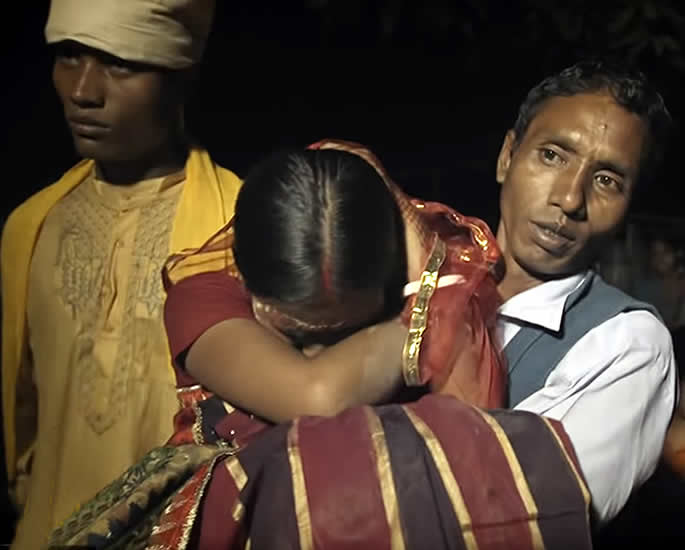 Bangladesh is a third world country and the majority of the people live in extreme conditions. Many families just about get by on their low income which comes from working in agriculture and fishing.

Some ride rickshaws and mothers work as maids but the wages are very low.

In some households, the young girls are given to places where they will work for a number of years and these girls are young 10 years old.

The houses they work in sometimes take care of them and manage the cost of their marriage as a kindness to their years of service.

However, most of these young girls are abused by their ‘owners’. In September, a woman was jailed for deliberately and severely torturing her 10-year-old maid.

In another case, a cricketer by the name ‘Shahadat Hossain’ and his wife was taken to court for abusing their 11-year-old maid.

To continue, those who work in textile which is seen as a source of good income, still earn less than the minimum wage.

Marriage is very expensive in Bangladesh, especially for the bride’s parents. The minimum cost of a cheap wedding in Bangladesh can cost up to 50,000 Taka which is equal to £500.

Parents hope for their daughter to marry a groom from the UK or USA. Many of these men are much older than the brides and some regardless of there westernised upbringing, overlook the age of the bride.

If the groom is from a western country, parents are given the choice to have their daughter married with all the costs taken care of. Most parents agree as they believe their child will have a better future.

Boys are also faced with the dilemma when it comes to marrying a bride from the UK and USA. Boys are expected to provide for the family and some are sent to western countries to earn money and return it to Bangladesh.

“If the parents like the bride and the boy does not want to marry her, parents try to and persuade him, and if he rejects, which is rare, the parents will be displeased.”

“In communities where a dowry or ‘price of a bride’ is paid, it is often welcome income for poor families; in those where the bride’s family pays the groom a dowry, they often have to pay less money if the bride is young and uneducated.”

“In some cases, marriage of a daughter is a way to repay debts, manage disputes, or settle economic and political alliances.”

Girls in poorer villages are likely to be uneducated as the cost of education is hefty and parents cannot afford it. The payment involves school books, study fees and uniform.

“Unlike the United Kingdom, free education stops at a very young age. If a child does receive free education they are burdened with book, tutor and exam fees and the majority have no option but to quit school.”

“They are mainly girls. I feel parents see that as an opportunity to marry their children as they become a financial burden.”

“Many parents will say they not going to school anymore so what is the point just sitting home. They might as well married.” 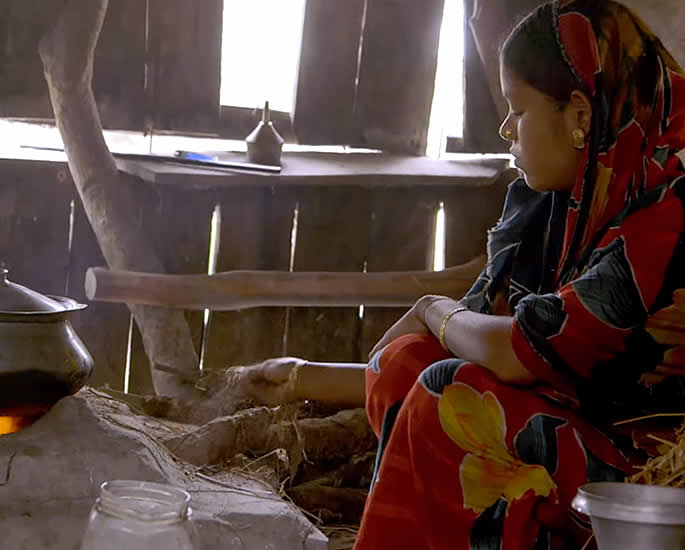 A good bride is seen as the one who tolerates abuse, listens to her husband and mother-in-law.

In the Bangladeshi society, divorce is highly disliked as it is seen as shameful. In many villages, domestic abuse is the norm and nobody complains about it.

Marital rape is an implication in the country and is not seen as actual ‘rape’ as the two are married. In the eyes of the law, marital rape is not illegal as long as the bride is above the age of 13.

These young child brides are at the risk of sexual assault and physical abuse due to their vulnerability.

“For that child, it’s scary and mentally disturbing. I just can’t imagine what that child will go through, it’s beyond imagination.”

According to the Bangladesh Bureau of Statistics, 87% of women are abused by their husbands each year.

In 2011, a report surfaced of a husband cutting off his wife’s fingers to prevent her from studying.

Extremes forms of violence like the above are more prevalent in cases where the brides family cannot pay the dowry demanded by the husbands family.

A report in Bangladesh stated, in 2017, 141 women were murdered over dowry payments.

Furthermore, after marriage, these girls are more restricted to the little freedom they had while living at their parents.

In Sylheti culture, girls cannot travel back and forth from their parents home to their in-laws whenever they wish. They will need to seek there husband’s permission to travel.

Only in special circumstances will she be allowed to visit her parents such when she is very ill or pregnant. She will be left at her parents home who will help her she gain her strength. 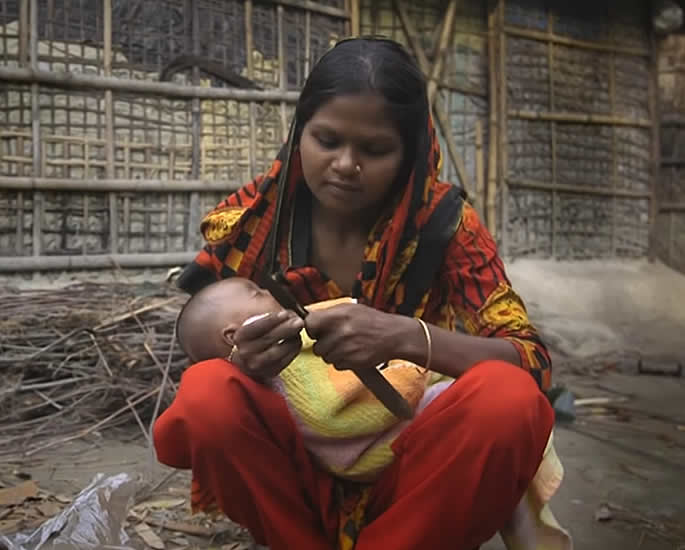 Becoming a mother is extremely dangerous for these young brides. Many are not aware of pregnancy-related issues or even the concept of pregnancy.

In the past generations, there was not much information available on birth control and contraceptives. Many expecting did not go to the hospital or seek a doctors help during birth.

The birthing process took place at home and the women of the village came together to help through the labour. No one was prepared for a caesarean section and it led to the death of the mother or child.

Over the years there have been some improvements as villages have clinics which can provide information on family planning. However, in less educated areas people are still unaware.

Young brides who do become pregnant are often faced with multiple risks. Each year many mothers lose their life due to complications at birth.

“Childbirth at such young ages is so dangerous many young children die during or after childbirth.”

In fact, a 2016 report stated, 5,200 mothers, have died due risks during pregnancy and during birth.

Mothers who survive have to take on a great duty but due to lack of education and understanding, they struggle mentally. In countries like Bangladesh, the duty of taking care of the child falls on the mother alone.

Fathers in poorer areas do not contribute to taking care of the child. If the child is a son, the mother-in-law may help and the young mother will be praised.

However, if the child is female, family members may not always be happy and begin worrying about the future of their finances.

As the female child grows up, she will gradually relive the lifecycle of her mother unless there is a shift in the wealth and income of the family. 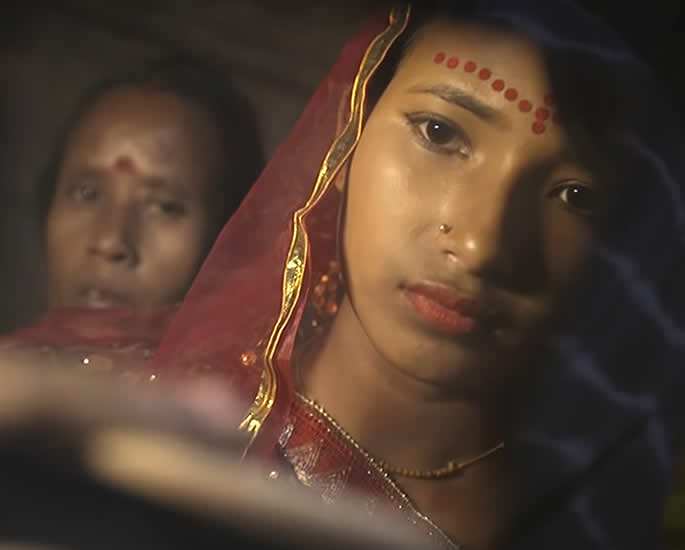 This cycle of poverty and child marriages are destroying the lives of many. Bangladesh’s costly education system, lack of support for families in absolute poverty are just a few implications which have led to a child marriage epidemic.

A change in attitude towards young females and opportunities for the young within the country may help reduce the number of child marriages taking place each year.

As of now, many young girls are preparing for their wedding day while girls of their age around the world are being given the opportunity to prosper.

Image courtesy of HumanRightsWatch and Aljazeera