Leeds Family stranded in India are “Out of Options”

A family from Leeds are currently stranded in India. They are desperate to return home but have been left in the dark about the situation.

"I'm getting quite anxious and always checking my emails"

A Leeds family have been stranded in India for six weeks and have no idea how or when they will return home.

Pamela Bhupal, aged 37, flew out to India in early March 2020 to celebrate her niece’s engagement.

Her parents Mohan Singh Bhupal and Kulwant Kaur Bhupal had flown out to India in the middle of February. The trio had planned to come home at the end of March and the start of April.

However, the COVID-19 pandemic resulted in them being stranded.

Pamela explained: “I’ve had it a lot with some people saying it was stupid, but at the time there were only five cases of coronavirus in the whole of India and around 500 or so in the UK.

“Even at that point, no one in the UK was taking it that seriously.

“People definitely weren’t thinking about it too seriously when my mum and dad came out here on February 18.”

She was set to return home on March 30 but she received an email the week before saying the flight had been cancelled.

The Foreign Office announced plans to bring the total number of charter flights from India to the UK up to 38 by the end of April.

However, Pamela has said that she has been left in the dark about when she will be flown home, despite trying different avenues.

“I got an email from Emirates a week before my initial flight to say that it had been cancelled.

“I looked into booking onto another flight but I could only get from New Delhi to Dubai. There were no flights from Dubai to Manchester. I would have been like Tom Hanks in The Terminal.

“When the government announced that they were going to be putting on these repatriation flights, they sent us a message to say that they needed us to register.

“That was then transferred to Corporate Travel Management and we had to re-register again. Then we were told it was first-come, first-served with the vulnerable given priority.

“I’m getting quite anxious and always checking my emails to see if we are on one of the repatriation flights. The seriousness is really starting to kick in.” 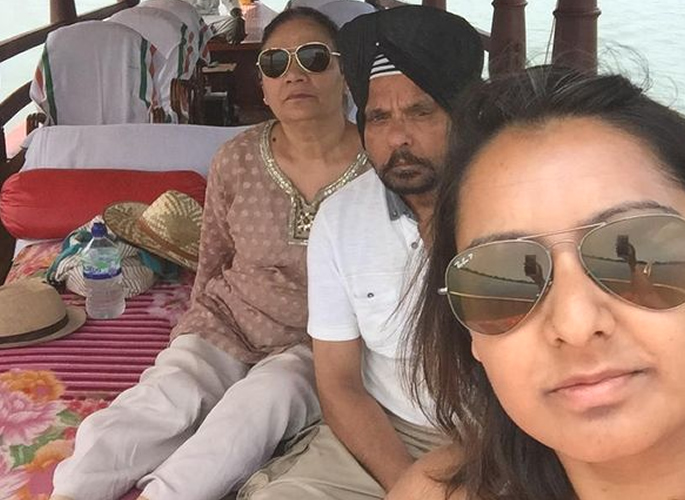 Since then she has heard no further information, prompting her parents to become increasingly concerned.

Her father has asthma while her mother suffers from high blood pressure, potentially putting them at more risk if they contracted Coronavirus.

“It’s frustrating. At least if we were told what day our flight will be, we would have some sort of expectations.”

“My dad gets pretty fed up, frustrated and annoyed with it all. I’m out of options. I’m not sure what else I can do. I’ve emailed my MP (Rachel Reeves) and I’ve emailed the airport every day.

“My mum is getting more stressed because they are at that vulnerable age if they get COVID-19.

“We’re not even sure of how they are logistically working out who goes onto the flights.”

Pamela and her parents are currently living with other family members in a house in Punjab.

“India implemented a national curfew from March 24. That keeps being extended and now we’re on lockdown until May 3.

“It’s pretty strict here. We are only allowed out between 5 am and 8 am in the morning for groceries. That’s it. There are checkpoints everywhere too.”

Leeds Live reported that even though the government has said that UK citizens would be flown home, there are thousands still stranded in India.

“In March time there is usually quite a big Sikh community that comes out to India.

“My mum used to be the president of the Sikh temple in Armley and she has been doing the rounds checking in with everyone out here.

“There are about 250 people in a ‘Brits Stranded’ WhatsApp group but I know there are loads of other people out here who aren’t in the group.”

Dhiren is a journalism graduate with a passion for gaming, watching films and sports. He also enjoys cooking from time to time. His motto is to “Live life one day at a time.”
Indian Lovers who were Cousins commit Suicide
New Mother dies from Coronavirus without Meeting Her Son