New Mother dies from Coronavirus without Meeting Her Son

A new mother from the West Midlands has died after contracting Coronavirus. She died before she was able to meet her newborn son.

"that's the last time I spoke to her."

A new mother died from Coronavirus in hospital without meeting her son who she had given birth to just days before.

Fozia Hanif had just celebrated her 29th birthday when she started to develop a slight fever.

She tested positive for COVID-19, forcing a premature birth of her son, Ayaan Hanif Ali, on April 2, 2020.

Fozia was moved to an intensive care unit at Birmingham Heartlands Hospital after her condition worsened. However, on April 8, she passed away after her ventilator was turned off.

“The test came back positive and the next day they said it was mild and you can go home.

“After four days she had difficulty breathing and we called the ambulance.”

Her sister, Sophia Hanif, added: “When the ambulance came they did checks and everything was alright in terms of her blood pressure and sugar levels, but they still had to take her into hospital for her baby and the next two days, I think it was the second day she was in hospital she gave birth.”

Fozia was unable to see visitors and could only make a few phone calls while she was on the maternity ward, with much of the communication being between doctors and her family.

Due to her condition, Fozia could not see her baby and only saw photos of him.

Mr Ali said: “She was really happy, she got the baby photo they [the nurses] printed out for her.

“She was holding the picture and saying ‘look it’s our baby’ and ‘we’re going to come home soon’… that’s the last time I spoke to her.” 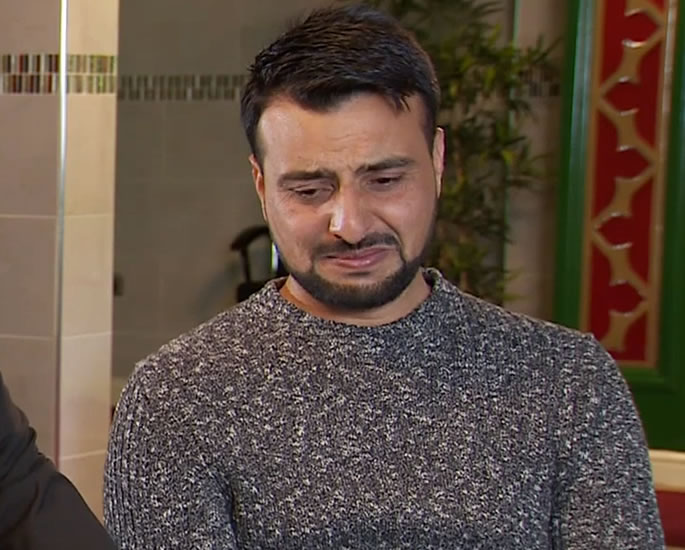 Ms Hanif said she would receive texts telling her how excited she was to meet her baby.

She revealed: “She was messaging us saying ‘oh I haven’t seen the baby yet’ and I said ‘don’t worry about it, when you come home you’re going to come home together and we’re all going to see him together’.”

Fozia soon developed a blood clot and was in a coma. Mr Ali and her father, Nabil Hanif, were allowed to visit wearing personal protective equipment (PPE).

The family had been told her condition was improving.

Mr Hanif said: “It gave us proper hope, we got excited. They took her to the recovery ward, they gave her the phone, we actually spoke to her.

“When we walked into the hospital when they said they were going to turn the machines off, I said no don’t turn it off until we arrive, she’s a fighter, she can pull through – but when we walked in there, we just kept praying.”

Three weeks after testing positive, the new mother past away.

Ms Hanif said: “She had no time at all.

The family are devastated by the new mother’s death, with her father saying:

“She was a little superstar with us in our family. She was an inspiration to us all.”

Her family said they will have “so many things” to tell Ayaan about his mother.

Mr Ali said: “She was so wonderful, she always used to think about others she wouldn’t think about herself.

“Our friends don’t believe it… she was nice to everybody.”

Sandwell councillor Mohammed Yaseen Hussain has supported the family during this difficult time.

He said: “Stay safe, stay indoors, a lot of our communities are not understanding and we need to wake up because these numbers will go up if we don’t take the advice.”

Mr Ali revealed they had lost a daughter in 2019 and that Fozia never stopped missing her. He added:

“Now they are together.”