A well-known market trader from Manchester has died after contracting Coronavirus just weeks after his wife passed away due to the virus.

"To lose mum was bad enough, but then to lose dad"

Tributes have been paid to a market trader who died of Coronavirus just weeks after losing his wife to the virus.

Ken Kayani, aged 73, lived in Chorlton, Manchester, with his wife Aziza, aged 72, and commuted to Liverpool each day to run a popular market stall.

Ken ran his Power Pack stall at St John’s Market in Liverpool, which sold “anything and everything” for the last 40 years.

Despite living in Manchester, he was never tempted to move his business closer to home.

His daughters have since visited the stall to lay flowers in his memory.

“It’s devastating. To lose mum was bad enough, but then to lose dad was just a double tragedy.

“When he first came to Liverpool, he made so many friends and so many connections with people, that kept him here.

“The shop was our second home, we will always associate Christmas with Liverpool.”

Aziza passed away on April 4 and she was buried the same day. Ken died on April 30 and was laid to rest on May 1, his wife’s birthday.

Sam said: “Dad was very loving – he loved his daughters, there was no doubt about that.

“Even the grandkids, the girls were the favourite, he tried to make the boys like him, tough love with the boys, but with the girls, he was so soft, they had him wrapped round their little fingers.

“Mum was the love, dad gave the support – that’s probably the best way to sum them up.”

Siaqa added: “Dad was a clever man, he had things in place so his daughters would never have to worry about the funeral – everything was taken care of, for him and mum.

“He looked after us right to the very end.

“Dad was buried on a Friday, which is a blessed day in the Islamic culture, Friday is a day of prayer, and it’s Ramadan as well, so we believe it is very, very blessed.

“The only thing that gives us a bit of peace is that they’ve been laid to rest next to each other – they were a match made in heaven.”

Siaga stated that after lockdown has been lifted, she and her sisters want to meet his customers and friends from the market. 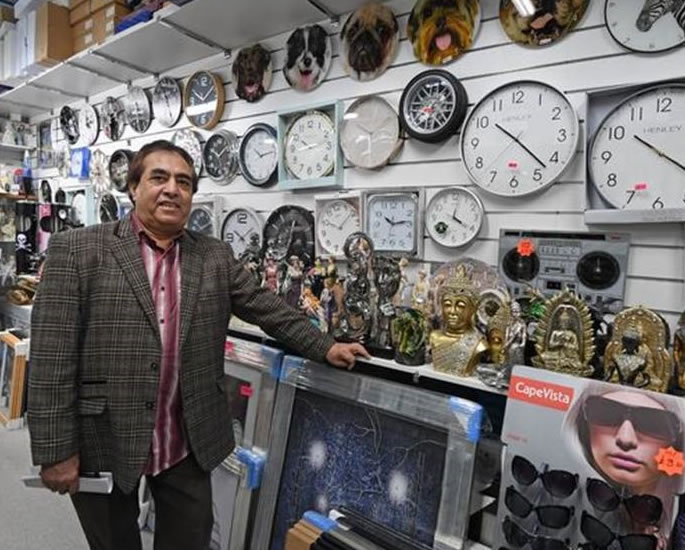 She said: “One of my sisters spends a lot of time with him there, and does a lot of work with him.

“Sadly I have to write that one of our oldest traders Ken Kayani lost his battle against COVID.”

“This follows from the very recent death of his wife who was also fighting the virus.

“Ken is survived by his 5 daughters, grandchildren and family.

“Kenny was one of life’s ‘gentle’ men and a long-standing market trader with the true genes of a market man!

“I found him personally an inspiration, and his old fashioned values of service, honesty and transparency with regard to his customers was legendary.

“His customer service was exemplary.”

Sandra Smith wrote: “So sorry to hear about Ken and his lovely wife, I have shopped at St John’s Precinct for 40 years and have bought from Ken on many occasions.

“The virus is such a cruel illness. My Condolences to all the family, my thoughts and Prayers are with you all, may they both R.I.P.”

Sharon Hurst said: “Never forgotten what a true gentleman, deepest sympathies to his family in the loss of their beautiful parents.”

Joanne Lorne-Brocklehurst wrote: “How sad, Ken was a lovely man my thoughts are with the family.”

Dhiren is a journalism graduate with a passion for gaming, watching films and sports. He also enjoys cooking from time to time. His motto is to “Live life one day at a time.”
UK’s Online Child Abuse & Exploitation Unit arrests 45
UK Medical Student reveals ‘Terror’ of Lockdown in India