Rinku Singh and Saurav Gurjar are promising wrestlers in WWE. With their dominant heavyweight attributes, can they achieve future glory as a tag team?

"Once we learn all the crafts and techniques we'll make it soon.”

American based Indian wrestling duo Rinku Singh and Saurav Gurjar are a strong pairing looking to stamp their authority in the World Wrestling Entertainment (WWE) promotion.

Competing in sports such as Baseball and Javelin, he eventually paved his way to WWE wrestling.

In 2018, he made his debut on a WWE NXT LIVE event in Tampa, Florida. In 2019, Rinku saw a gradual relationship build in the ring with wrestler Saurav Gurjar.

Gurjar was born and brought up in Gwalior, India on June 5, 1984. Interestingly, he originates from a wrestling lifestyle through kickboxing as a junior. Prevailing in the sport, he won a junior gold medal in 2008.

He also made his debut in 2018 at WWE NXT, featuring in a one-off tag team match with Rinku Singh.

Despite them both not having a title shot as of yet, they continue to feature in a variety of wrestling matches. These include Gauntlet matches, Battle Royales and Tag Team eliminations.

Considering they are early into their career in WWE NXT, they aspire to become champions and feature on the main WWE roster.

Their entertaining personalities in the ring has given them an identity. They are colourful characters that have deep roots with their Indian culture, especially with their attire and behaviours. 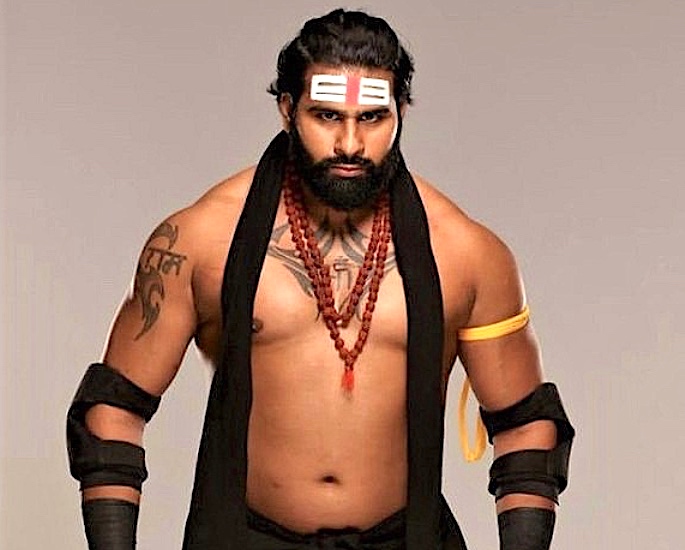 Rinku Singh is a compelling athlete coming from a sporting background. He shone in his Javelin, claiming a juniors medal. He also won the 2008 ‘Million Dollar Arm’ baseball competition.

From a wrestling perspective, he was competing in the 2017 WWE tryouts in Dubai. After impressing he was fortunate to be offered a contract a year later.

On May 31, 2018, he made his debut on a WWE NXT LIVE event in Tampa, Florida, facing American wrestler Kassius Ohno.

His most emphatic victory came against American heavyweight Kona Reeves on September 6, 2018.

Since then he has featured in WWE NXT, regularly taking victories against numerous opponents.

His physicality offers an asserting role in the ring. Weighing in at 255 pounds, he strives to be competing amongst the top heavyweights of the WWE.

Rinku also illustrates a dominant and aggressive nature with his performances inside the ring. Despite his heavy build, he displays a solid show of stamina and strength.

He is a fast, instinctive and fearless wrestler. Rinku is not afraid of enduring pain and moves frequently around the ring. In particular, he specialises in performing Irish whips on his opponents and tiring them out.

Additionally, he has a powerful kick inflicting more damage on his opponents. 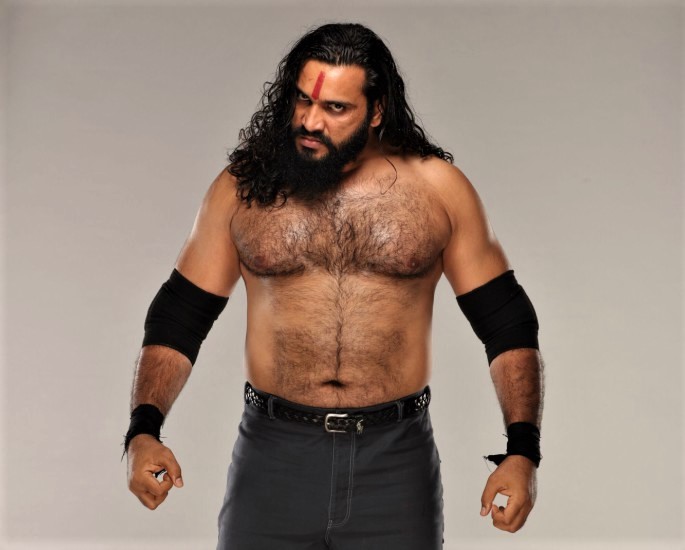 Saurav Gurjar stems from a rich wrestling background. His father and uncle were largely influential in training him.

He began his professional career as a wrestler in 2011, featuring on the Indian wrestling project, ‘Ring Ka King.’ During this stint, he was fortunate enough to work alongside established wrestlers such as Scott Steiner (USA).

On January 14, 2018, he signed a contract with the WWE, having also made an impression at the WWE tryouts in Dubai.

On September 28, 2018, he made his WWE NXT debut partnering up with Rinku Singh. They faced a tough pairing of British wrestler Danny Burch and American Oney Lorcan.

Gurjar also made quite a name for himself in WWE NXT, after featuring in an intense ‘Unleash The Universe’ Tournament. This event took place on January 19, 2019.

Impressively, he reached the semifinals after losing against the young talented American wrestler Stacey Ervin Jr.

Saurav has an intimidating presence in the wrestling ring. With a height of 6’8 and weighing 297lbs, he produces devastating attacks on wrestlers.

In an interview with Sportskeeda, Gurjar indicates he was a WWE fan growing up. He says:

“I always loved the giants when I was a boy. I used to love The Undertaker and Kane when they used to team up.”

Similarly to Indian wrestler Great Khali, the heavy physique of Saurav limits himself to be active in the ring. However, his strong exterior enables him to lift opponents and throw them across the canvas. 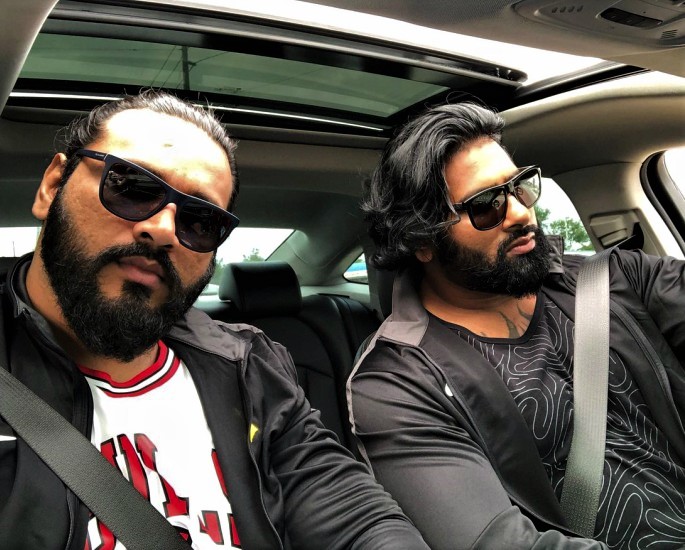 According to Mid-Day, Saurav Gurjar spoke about the professional chemistry with Rinku Singh, expressing:

“We started talking at the tryouts and then Rinku supported me a lot.”

“We have become like brothers, we now live in the same house, travel in the same car, and spend most of our day together.”

Rinku also shared his thoughts with MyKhel about his relationship with Gurjar and how it will benefit the two:

“For me and Saurav, us being in the tag team is all about experience and I feel like once we learn all the crafts and techniques we’ll make it soon.”

Soon after becoming tag team partners, American Robert Strauss began to manage them. He also previously wrestled in the WWE and will be focusing on branding and establishing Saurav and Rinku.

Visibly, their connection in the ring is just as strong, as they bounce off each others wrestling styles. Their entrances see them standing side-by-side to assert their power and threat.

Also, their costumes pay homage to their home country of India. The face paint and attire represent their desi background, and the bright colours make them stand out as a team. 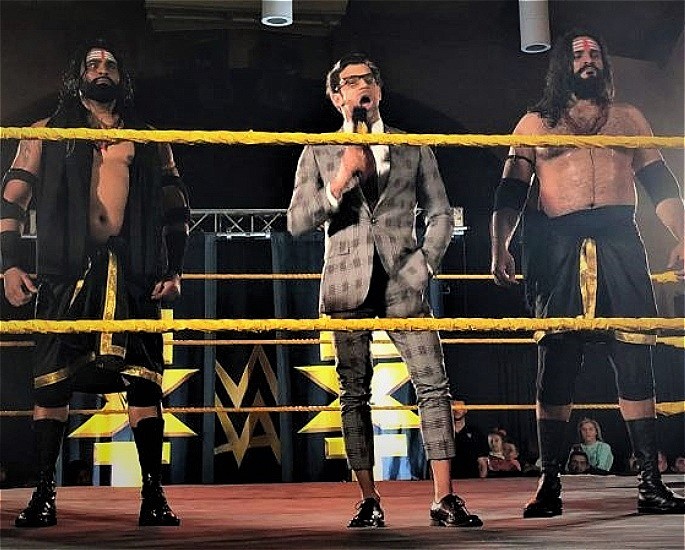 Whilst Jinder Mahal remains the only Indian to become WWE champion, WWE will look to expand their brand to Asia. This means giving wrestlers of Indian descent an opportunity to gain more popularity.

According to the Times of India, whilst being wary of the difficulties Rinku is hopeful of his ultimate dream:

“The dream is to go to WrestleMania and represent India in front of 100,000 people. Nothing is impossible if you believe.

“My belief is that you will see Saurav Gurjar and I winning the tag team title and bringing it to India.”

Similarly, Saurav Gurjar is not giving up his hopes of winning a WWE championship. Speaking to Mid-day, he declares:

“My immediate aim is to win the WWE Tag Team Championship as soon as I can and come back to India with the belt.”

On the rise and getting recognition amongst desi wrestling fans, they are certainly looking to make history in WWE and Wrestlemania.

The WWE is seeing a new generation of wrestlers coming through to the main WWE roster. In particular, the promising young talent being brought up in the WWE NXT.

The intimidating and aggressive demeanour shown by heavyweights like Rinku Singh and Saurav Gurjur is a promising factor.

It is arguable, that they could possibly match a deadly duo like Undertaker (USA) and Kane (USA). This is because we are yet to see a tag team partnership of their stature.

But Rinku Singh and Saurav Gurjar becoming tag team champions can be a possibility. The duo can certainly succeed together.

Ajay is a media graduate that has a keen eye for Film, TV & Journalism. He likes playing sport, and enjoys listening to Bhangra and Hip Hop. His motto is "Life isn't about finding yourself. Life is about creating yourself."
Cricketer Hasan Ali shares Love of wife Samiya in Pics
Amir Khan wants to become Sports Minister of Pakistan