Bollywood has dabbled with gay story lines in the past but now it has produced a film which shows a full relationship between two men inclusive of scenes which have upset India’s film censor board. The film may not make it to the theatres without the scenes being deleted.

"We aren't trying to do any kind of sleazy stuff here"

Dostana was the comedy with stars pretending to be gay but now, the real deal, Sanjay Sharma’s directed film, Dunno Y… Na Jaane Kyun has hit a brick wall. Gay scenes in the film have come under the scrutiny of Indian film authorities. They are not happy about the content in the film and want intimate scenes cut.

The film stars Kapil Sharma and Yuvraaj Parasher in the lead roles and features two gay kisses and a gay sex scene between stars. These scenes are not acceptable to the Indian Central Board of Film Certification.

Kapil Sharma does not agree with the reaction by the board and said: “Why should the censors be scandalised if two men are kissing and making love?” He added, “The ones in my film are very aesthetic. And so what if it’s two men making love? Love is love regardless of gender.”

In another major incident related to the film, Yuvraaj Parasher, has been disowned by his family. His parents are not at all happy with his role in the film. It’s reported he has been dejected from the family home in Agra, India.

Yuvraaj’s father, Satish Parasher, is furious and said: “I feel what he has done is against the culture and tradition of our country and it challenges the purity of the relationship between a man and a woman. He kept us in the dark right from when he signed the film and told us that he is acting with a girl. When we heard about the poster and the things he has done in the film, we were shocked, hurt and humiliated. People will make fun of us and we won’t be able to live peacefully ever again.”

Continuing with his reaction to his son’s role in the gay film, he said:

“His mother is totally devastated. We are a respected family and I’m appalled that he is playing a gay man’s role. We’re finished.” 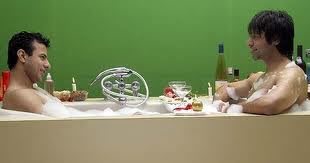 He added: “All the dreams and hopes we had built around him are over. For just a film role, he has lost out on his blood ties. We don’t want to see his face ever… not even when we are dying.”

Since India legalised homosexuality last year, the notion of being gay is very slowly becoming more accepted in culture, and this film, a statement to reflect this change in India. But legalisation does not address acceptance in a society that is rich in heritage and culture signifying heterosexual relationships, especially in Bollywood.

This is the first time that Bollywood is tackling the issue of homosexuality as a lead relationship and depicting it in a film that is representative of Hollywood’s Brokeback Mountain. 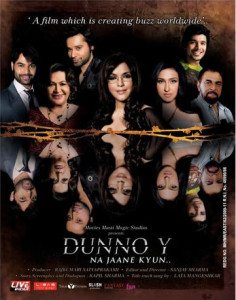 The director Sanjay Sharma, was keen to get the character right for the film and said: “The only thing I was particular about was that this character should not come across as a caricature or just as an object of mockery. I am truly happy with what I have chosen.”

Sharma was not expecting the confrontation from the censor board and during the making of the movie said that he was not frightened to show a ‘normal relationship’ between two men. And said: “I’m not afraid of anything, I stand by my conviction.”

However, it has not turned out the way Sanjay expected. The film has been submitted to the revising committee with the hope that the objectionable scenes will be re-considered and kept.

Kapil commented on the action taken for the submission and said: “The Censor Board objected to the kissing and lovemaking. They asked us to delete those scenes. We refused. We aren’t trying to do any kind of sleazy stuff here. Ours is the first ever serious gay love story. The intimacy is essential. Our film is now with the revising committee.”

If the scenes are allowed then it will potentially open the gates for film-makers to produce such films as Dunno Y… Na Jaane Kyun but if the scenes are not still accepted, then it shows that India is not ready for films with gay or any other kind of similar intimate content; despite the attempts of directors and actors who think otherwise.

Nazhat is an ambitious 'Desi' woman with interests in news and lifestyle. As a writer with a determined journalistic flair, she firmly believes in the motto "an investment in knowledge pays the best interest," by Benjamin Franklin.
Dabangg breaks box-office records
Aishwariya and Rajnikanth in ROBOT