The murder of Shraddha Walkar has shocked India but her friend has said Aftab Poonawala tried to kill her in 2020.

"he has already tried to kill her before"

It has been reported that Aftab Poonawala tried to kill his girlfriend Shraddha Walkar before in 2020.

The young woman was murdered by Poonawala in May 2022. Her body was then chopped up into 35 pieces and disposed of over time.

The murder came to light in November 2022 and Poonawala has now been arrested.

They lived together in Delhi and it is believed he killed her because she pestered him for marriage.

A friend of the victim has now said that Poonawala tried to kill Shraddha in 2020, resulting in her being hospitalised with internal injuries.

Rahul Rai shared a picture of Shraddha with several bruises on her face.

He claimed the photo was taken in 2020 when he took Shraddha to the police. 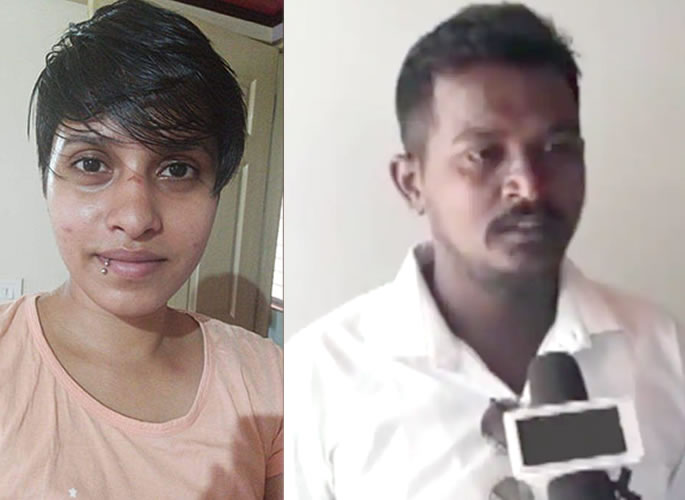 Rahul said: “I took her to the police. He had attacked her two-three times.

“There was a deep mark on her neck as if he had tried to strangle her.

“The police had persuaded Shraddha to go home, though she was terrified.”

According to Rahul, Shraddha refused the police’s suggestion to detain Poonawala. She reportedly said that “such things happen in a relationship”.

Rahul continued: “The next day police called her to the police station, where she said that she is scared of getting murdered as he has already tried to kill her before and had beaten her multiple times.

“Aftab locks her at home, has another affair and talks to other girls. She mentioned Aftab uses drugs.”

Rahul claimed that he tried to help her but she asked him not to worry.

Shraddha was hospitalised in December 2020. While there were no visible injuries, a doctor said she suffered severe back pain, trauma and “internal injuries”.

“Shraddha was brought to the hospital on December 3, 2020, and was admitted for four days. She had complained of severe back and shoulder pain with radiculopathy.

“She, however, did not reveal the cause of the injuries.

“Shraddha had come with Aftab for treatment.

“We did not find any external injury marks on her body and Aftab was with her at the time of admission.”

Other friends have told police that Shraddha was frequently beaten by Poonawala, having met on the dating app Bumble in 2019.

“She was physically abused. She told this to her best friend. Since we were a part of the same friend circle, we were informed about the same.

“It started with some complications where beatings had begun.

“She shared it with her best friend. However, she continued to stay with him. She said that she wanted to leave him but she didn’t.”

He added: “She (Shraddha) asked her childhood friend to rescue her or else she would be found dead.”

Dhiren is a journalism graduate with a passion for gaming, watching films and sports. He also enjoys cooking from time to time. His motto is to “Live life one day at a time.”
Indian Bride cancels Wedding over ‘Cheap’ Lehenga
Indian Police Officer’s Wife made ‘Explicit’ Video of Man