5 Most Awaited Bollywood Movies in 2021

Not even a pandemic can stop Bollywood from producing high-calibre movies. Here are the top five movies that will be released in 2021.

Bhatt considers Gangubai Kathiawadi one of her dream projects

Finally, there will be some light at the end of the tunnel, as 2021 will be packed with big movie releases.

Towards the end of 2020, theatres started to reopen with all the Covid-19 precautions in place.

Despite the pandemic and the film industry’s financial loss, 2021 is set to be filled with much-anticipated new films, exciting moviegoers.

Not only that, but they will feature some of the leading actors and actresses.

Here are five releases to look forward to.

Radhe: Your Most Wanted Bhai 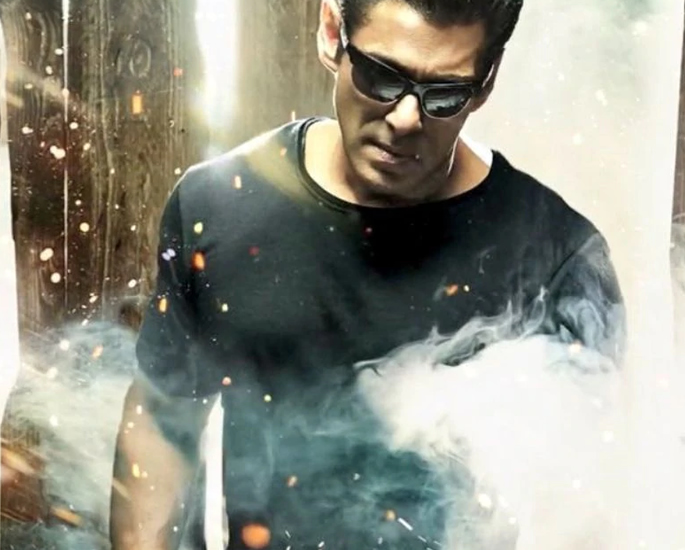 Salman Khan’s success is unmatched, and fans are super excited for his next release Radhe: Your Most Wanted Bhai.

Radhe will be released on May 12, 2021. It is an action film directed by Prabhu Deva and co-produced by Salman Khan, Sohail Khan and Atul Agnihotri.

Radhe was initially scheduled to release in 2020 but was postponed due to the outbreak of Covid-19.

There was speculation that the film could be released on a streaming platform, but ultimately Khan confirmed he would bring it to cinemas.

In a statement, Salman Khan said:

“Sorry, it has taken me a long time to revert to all the theatre owners. It’s a big decision to make during these times.

“I understand the financial problems that the theatre owners/exhibitors are going through and I would like to help them by releasing Radhe in theatres.

“In return, I would expect them to take the utmost amount of care and precautions for the audience who would come to the theatre to watch Radhe.

“The commitment was of Eid and it will be Eid 2021 inshallah. Enjoy Radhe this year in theatres on Eid… God willing.” 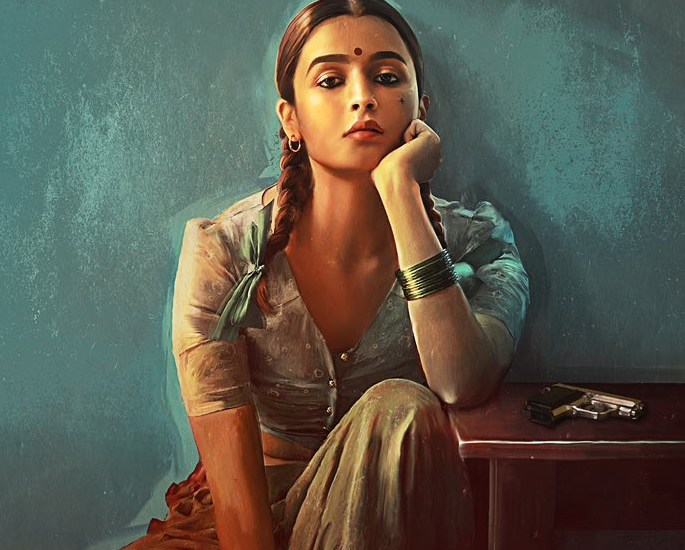 In Gangubai Kathiawadi, Alia Bhatt is the madam of a brothel in Kamathipura.

Initially, the movie was named Heera Mandi with Priyanka Chopra as the leading character but was later replaced by Bhatt in 2019.

The movie is based on a chapter from the book Mafia Queens of Mumbai, written by Hussain Zaidi.

Gangubai Kathiawadi was a real-life brothel owner, who was sold by her husband as a child.

Covid-19 repeatedly hindered the production, but celebrities have been back at work with the lockdown slowly easing.

He claimed the movie was an “indecent representation” of his family.

“Ever since the promo of the film came out, rumours have spread and Shah has been harassed in his own locality.

“His leg was fractured after being hit. His relatives are also suffering as they are now being known as coming from a ‘prostitute family’.” 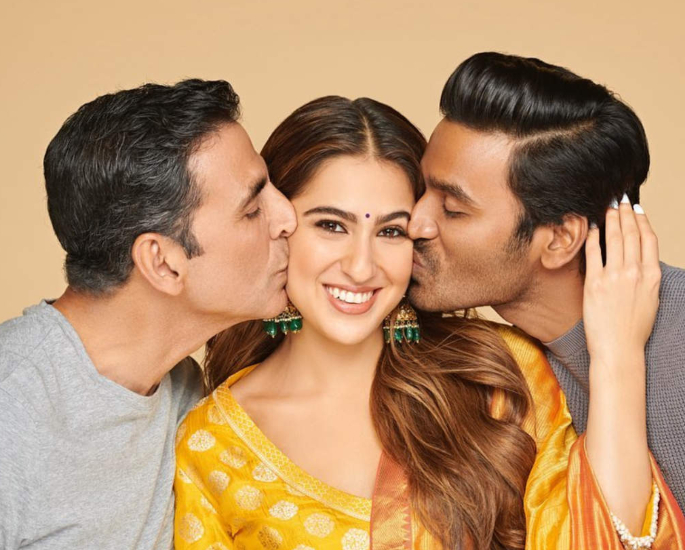 Starring Akshay Kumar, Sara Ali Khan, and Dhanush, Atrangi Re will soon release its trailer, eventually leading us to the release date.

The upcoming Indian romantic drama sees Sara and Dhanush as a couple for the first time.

It is crystal clear that something very exciting is baking in the oven.

“I am thrilled to be working with Aanand L Rai, as I have always admired the way he has showcased his stories.”

“When he narrated the film to me, I said ‘yes’ within 10 minutes.

“It is a challenging character to play, but at the same time, it is such a special role that my heart just couldn’t say ‘no’ to it.

“I will remember it for the rest of my life.” 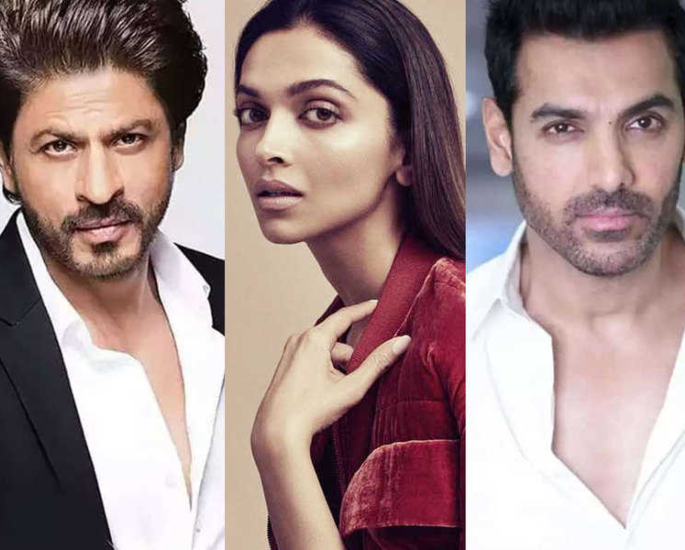 It has been more than two years since Shah Rukh Khan went missing from the big screen, and Pathan is the light at the end of the tunnel for his fans.

Set in the Middle East, an undercover cop, played by Khan, will take down the drug lord who killed his own father.

Pathan is reportedly being filmed in Dubai, and the crew is using the Burj Khalifa as a backdrop for some major fighting scenes.

The movie is reportedly set to release on November 4, 2021. 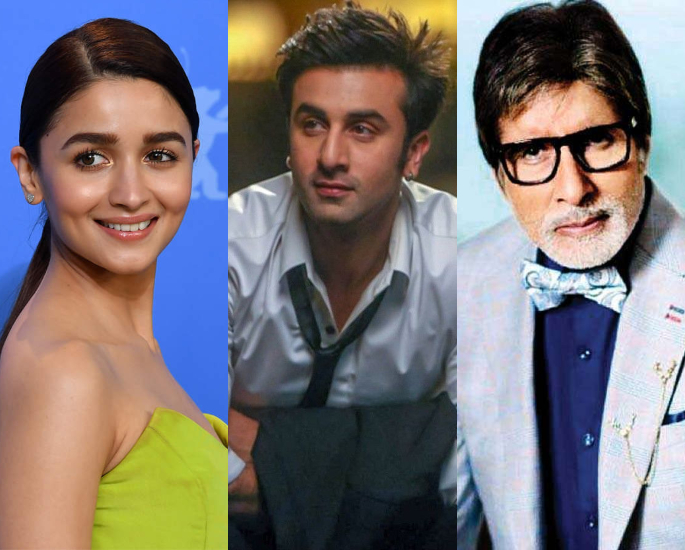 Brahmastra is an upcoming Indian action fantasy film written and directed by Ayan Mukerji, and produced by Karan Johar.

The movie will revolve around Shiva’s discovery of the weapon named Brahmastra. A source informed:

“It’s an ancient weapon that has been broken and stored in the land of gods at multiple places in India.”

“The first part of the trilogy revolves around Shiva’s discovery of fire within him and how that eventually leads him towards the weapon named Brahmastra.”

It is definitely one of the most awaited movies for many reasons.

First of all, it stars some of the biggest names in Bollywood such as Amitabh Bachchan, Ranbir Kapoor and Alia Bhatt.

Secondly, this large-scale production will see the love story between Ranbir Kapoor and Alia Bhatt, a real-life pair.

The movie was due to release in 2019, but Covid-19 made it impossible and the film got further postponed to 2021.

Some rumours claimed that Ranbir Kapoor and Alia Bhatt had increased their fees for shooting extra days for their films Brahmastra and Gangubhai Kathiawadi respectively.

However, a source close to them denied these rumours confirming that none of them asked for extra fees.

These are only five of the most awaited movies of 2021, and we expect this year to be quite sensational for Bollywood and its audience.