There were reportedly 100 guests at an apparent wedding party at Birmingham’s Badshah Palace which prompted a police visit.

"That is perfectly legitimate as far as I am concerned."

Police were alerted to a potential breach of Covid-19 rules at the Badshah Palace restaurant in Great Barr, Birmingham.

Officers were sent to investigate reports of a “large number of vehicles and guests” at the venue at 9 pm on August 16, 2020.

They found up to 100 guests, some in “wedding attire”. West Midland Police’s licensing unit was in contact with the city over allegations that rules were broken.

However, Badshah Palace owner Mohammed Rashid said most of those who spoke to police said they were out for a meal, while only a few older guests who did not speak good English referred to it as a wedding.

He insisted he had done nothing wrong and the booking was made as a group of separate tables, not as a wedding party.

There have been growing concerns that licensed and regulated venues across Birmingham are hosting larger gatherings than are allowed, in defiance of new restrictions, particularly wedding celebrations and large birthday parties.

Police and council licensing and environmental health officials have attended several venues over the last two weeks and have gathered evidence with a view to “taking further action”.

Infection rates are rising which has led to concern that Birmingham could be risking a local lockdown.

Mr Rashid said the booking was made by one guest on behalf of other families and a range of table sizes were booked.

He told Birmingham Mail: “That is perfectly legitimate as far as I am concerned.”

Officers turned up and questioned guests to find out what they were doing there. 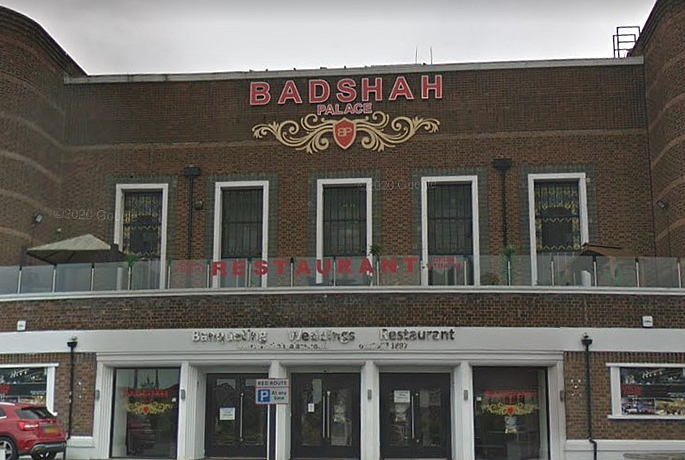 Mr Rashid added: “This is a restaurant, I am allowed to take bookings, and that is what happened. I am operating my restaurant legitimately

“Our banqueting hall has been closed since March; our restaurant is allowed to open under the guidance, we abide by all the regulations.

“The banqueting industry is frustrated that we are not able to open but restaurants are, and we are abiding by the rules.

“I feel I am being singled out – plenty of restaurants are open, people are queueing to get into venues on Star City and Ladypool Road, standing close together, and making lots of money, and nobody cares.

“Two of the families who were there (on Sunday night) left without paying, they felt intimidated, and people were really upset with us. Some came from quite a distance away and blamed us for their night being disrupted.

Of the police visit, he said: “They are wielding their power. I have had three visits and it looks like I am being racially aggravated.

“This type of incident adds to concern about how the rules are being enforced, and where.

“Everything is above the law here. It is very frustrating. There is murder and violence going on out there and the police are here instead.”

“We were alerted at 9 pm on Sunday (16 August) to a large number of vehicles and guests at Badshah Palace in Walsall Road, Birmingham.

“There were concerns a large gathering was taking place in breach of Covid-19 restrictions.”

“Officers attended and found up to 100 guests, some of whom were in wedding attire. They gathered evidence from attendees and recorded the layout of the room on body-worn cameras.

“Venue owners were reminded that under Covid-19 legislation it is illegal to host large gatherings, parties or wedding receptions.

“Our Licensing Unit is now liaising with the local authority over the alleged CoVID-19 breaches.

“This was an isolated incident and, on the whole, hospitality establishments are acting responsibly and abiding by Covid-19 guidelines.

“This is a public health issue and there is no foundation to suggest that our actions at Badshah Palace were in any way racially motivated.”

Dhiren is a journalism graduate with a passion for gaming, watching films and sports. He also enjoys cooking from time to time. His motto is to “Live life one day at a time.”
Restaurant Owner Racially Abused after Covid-19 Rules Breach
GCSE Student pays Tribute to Father who died on Frontline