Mysore Palace is the host of an Indian royal wedding for the first time in 40 years. Yaduveer Wadiyar and Trishika Kumari tied the knot on June 27, 2016.

It was 40 years ago when Pramoda Devi tied the knot in Mysore Palace.

On June 27, 2016, two Indian royal families came together for a remarkable wedding celebration at the magnificent Mysore Palace.

Over 500 guests descended on Karnataka in southern India for the nuptials between Yaduveer Wadiyar of the Mysore royal family, and Trishika Kumari of the Dungarpur royal family.

The couple followed closely the traditional rituals for royal weddings, including the exchange of the ‘highness garland’.

The rituals began as early as 6am, with the main one taking place at 9am in the palace’s spectacular marriage hall – Kalyana Mantapa.

Paintings, carved pillars and mosaic tiles adorn the octagonal-shaped venue, making it the perfect setting for a royal affair. 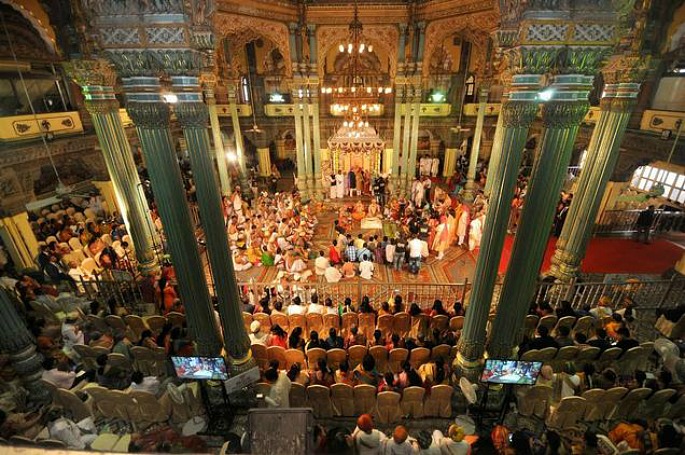 Yaduveer and Trishika attended a private reception in the evening to greet around 50 Indian royal families, including Rajkot in Gujarat, Nabha in Punjab, and Sirohi in Rajasthan.

All of the guests enjoyed a lavish feast prepared by catering company, AVS Nagaraj.

Dr Manjunath said: “Wanting to gift something to [Mysore], we invented a new raga and a 30-minute composition.

“The wedding of a maharaja is a rare occasion, and we want to make it special.” 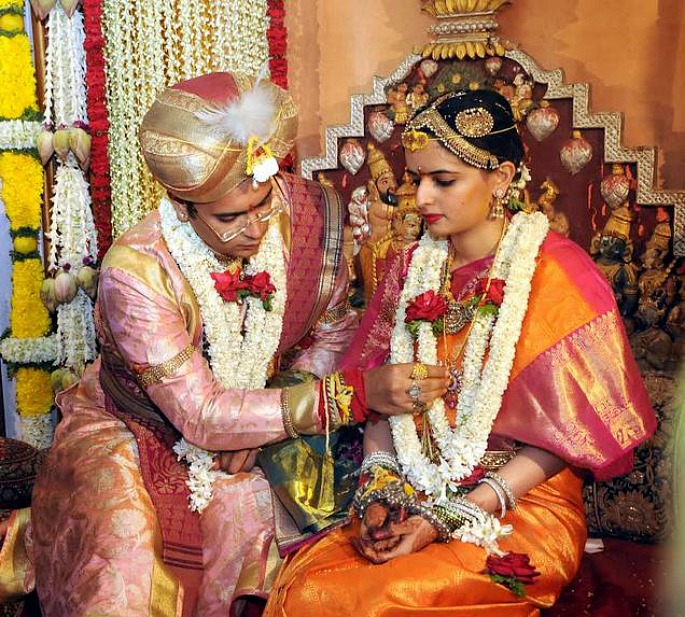 Yaduveer Wadiyar became the 27th titular head of the Mysore royal family on May 28, 2015 at a coronation ceremony.

He is the grandson of princess Gayathri Devi and adopted son of Queen mother Rani Pramoda Devi Wadiyar.

It was 40 years ago when Pramoda Devi also tied the knot in Mysore Palace, with her late husband Srikantadatta Narasimharaja Wadiyar.

She was pleased to see Yaduveer get married in accordance to the royal family’s traditions, saying:

“To the best of my efforts, without compromising, the traditions have been carried through after the late Srikantadatta Naasimharaja Wadiyar.”

One of the guests added: “I have witnessed the wedding of our Highness Srikantadatta Narasimharaja Wadiyar. It was the most grandiose wedding; the whole of Mysore was celebrating.

“This too is like that, with all the traditional forms of our culture in the ceremonies that are being held.”

Yaduveer’s bride, Trishika Kumari, is the daughter of Harshvardhan Singh and Maheshri Kumari of the Dungarpur royal family in Rajasthan.

She got engaged to Yaduveer, a Boston University graduate, in 2015. 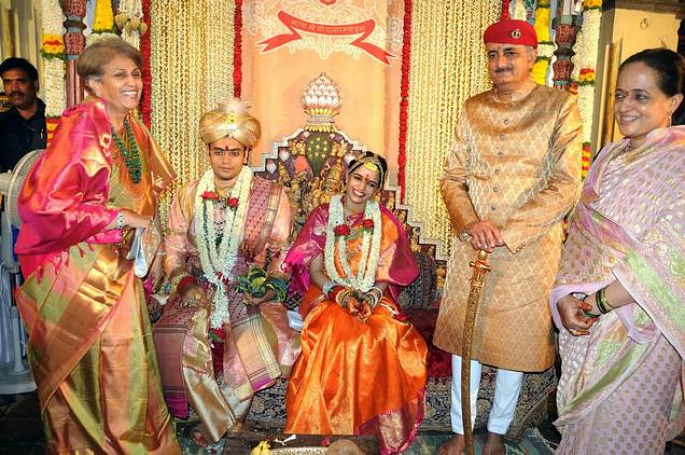 Following their nuptials at Mysore Palace, the couple will hold a procession in the palace precincts to meet the public on June 29, 2016.

The Palace will reopen again on June 30, 2016 for tourists and general visitors.

The newlyweds will host a reception party at the Wadiyar Palace in Bangalore on July 2, 2016.