Will UberEATS change the game of Food Delivery in India?

UberEats has launched in Mumbai, but will it become the game changer for food delivery in India? We look at the growing industry and its likely impact.

But could it affect an individual's culinary abilities and the social culture embedded in cooking?

Any taxi can drive you home, but will they take care of your appetite? San Francisco-based cab giant Uber says: “Yes!” as they launched UberEATS in style in India.

UberEATS launched in Mumbai, India in May 2017. Bhavik Rathod, who leads the Indian branch of the company, said:

“Launching UberEATS in India, with Mumbai as the first city is a major step in our global expansion strategy.”

Since food culture has become so diverse in the city, many have adopted and transformed a lot of cuisines into mouth-watering dishes.

Now, with the food delivery players mushrooming in the country, will the traditional kitchens in Indian households become a thing of the past?

In fact, delivering food doesn’t hail as an entirely new concept in the country. There are already various start-ups doing the same business for quite a few years. Especially Mumbai, as it has a very long history when it comes to the concept of food delivery.

A History of Indian Food Delivery

The food delivery business in India dates back to 1930. A person in India, most commonly in Mumbai, collects the lunch boxes from the residence of employees or workers and delivers them to the workplaces.

Indians would popularly refer to him as Dabbawalla or Tiffin wallah. Gradually, the meal suppliers in the city started this practice of delivering food from central kitchens to the customers.

Later in the mid-80s, the pizza made it to India. Soon the dish became considered as the most favourite snack item.

As Indian society progressed, along with the foreign brands like Pizza, KFC, Dominos etc, local restaurants too emerged with food delivery options.

Now if you take a look at the Indian market, there are some well-established food deliveries like Swiggy, Zomato, Tasty Khana and Food Panda. They have been cutting each other’s throat in the food delivery business.

Now with the entry of UberEATS, the business gets more competitive. This could lead to an improvement in the quality of service. But this is just one side of the coin. 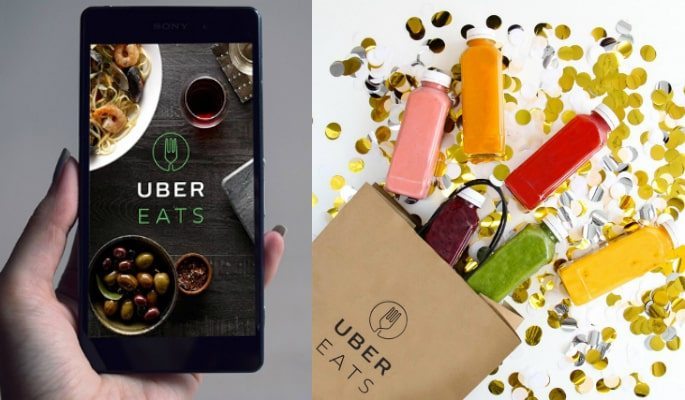 If we take some parallels from the west, where food delivery has become arguably saturated, companies still thrive. Although not used by all, but many who have very little to cook at homes feel tempted to order takeaway.

Getting food delivered saves time. But could it affect an individual’s culinary abilities and the social culture embedded in cooking?

Especially in a country like India, where the traditional home-food has wide appreciation for its taste. These ever growing online-food deliveries pose a threat to culinary culture.

Ordering food online acts as just a straightforward activity. You don’t even have to invest your time on deciding which type of food you’d like to eat. The food delivery application itself gives you options based on that particular day and you are done in a matter of minutes.

It remains an undeniable fact that these food enterprises save time by serving ready-made food. In any case, they are arguably creating a ‘lazy culture’ into people’s lives, slowly eliminating the cooking traditions of people at homes.

In addition one would wonder whether these services cater only for rich people, meaning others are too poor to afford?

Food isn’t only a basic need to survive. It also serves entertainment and creativity for so many.

Now with the entry of UberEATS, the market has become crowded with food deliveries. These online kitchens may tempt you with pictures of scrummy food items to order them online, but are they worth it?

This practice will likely impact the going-out culture, eating at restaurants and socialising.

How will Mumbai take to this trend? Is UberEATS going to be a game changer or just joins the line of other food deliveries?

Only time will tell.