Why the Name Change for Kate in ‘Bridgerton’ is So Significant

"A South Asian woman leading a show is so rare"

Season 2 of Bridgeton will see a name change of the female lead from Kate Sheffield to Kate Sharma.

The period drama has quickly garnered the status as the most-watched series ever on Netflix.

In February 2021, Netflix and Shondaland’s Bridgerton announced that British-Tamil actress Simone Ashley would be playing the lead role in the upcoming season.

Bridgerton’s season two will follow the plot of Julia Quinn’s second romance novel, The Viscount Who Loved Me (2000).

Avid fans of the book series by Quinn will know that the female lead character is called Kate Sheffield.

However, the Netflix series, created by American producer Chris Van Dusen, has decided on a name change to reflect the heritage of Ashley.

DESIblitz explores the significance of this name change and why it matters. 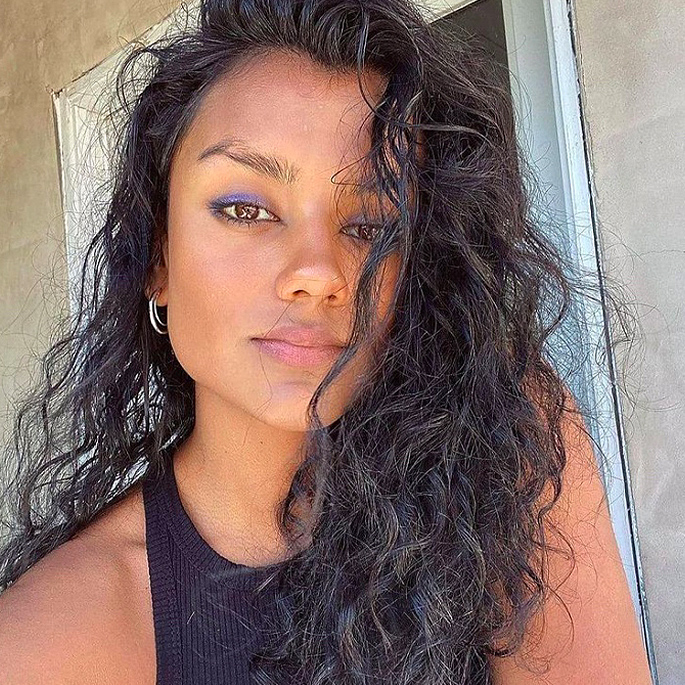 Season one of Bridgerton has been highly praised for its colour-blind casting.

They had Black actors populating a regency and royal landscape – one that is usually displayed as white.

And for season 2, they have added South Asian actors to the mix.

The name change from Sheffield to Sharma helps show the parallels between the regency world and South Asian cultures.

It also indicates a shift in the representation of South Asian in western film and television.

Traditional names were used as a tool to ‘other’ Desi characters on television.

Desi characters were sometimes played by Caucasian people who had darkened their skin with paint and other means.

Whilst Desi communities in the UK used their names as a tool to keep their heritage and culture alive, it also was a target for discrimination.

In the 70s and 80s parents feared racism and the future bullying of children.

This led to many newborns from Asian communities in the UK being given British first names.

For example, many boys were given names like Peter and Steven.

This was done to try and facilitate first-generation British Asians to integrate into western society because their race made them different.

Surnames were a marker of culture, faith or even caste in some cases, linking back to idividual roots.

Furthermore, the surname change has significance because it helps integrate Kate’s cultural background into the storyline instead of hiding it.

This is a step forward for a country where the struggle to integrate British-born Asians was severe, with many detesting their names as a result.

Will the name change help Asian names be accepted? 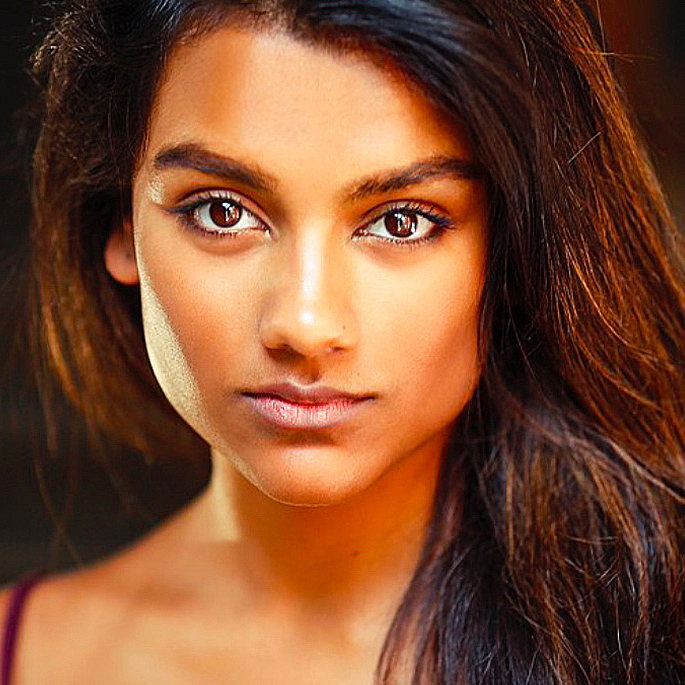 Season one of Bridgeton did lack one of the UK’s largest minority group – South Asians.

However, with season 2, introducing a new Desi family to the mix adds more dimension.

“Quite the juicy bit of gossip, dear readers…This author is certainly looking forward to many a column covering Miss Kate Sharma.”

The comments have largely been overwhelmingly positive and the excitement is almost tangible.

Naturally, people were intrigued by the surname, Sharma’.

Her name change and heritage is set to be part of her story; she’s newly arrived in London for the first time, a fish out of water in the ton’s strict society.

Sharma has Indian-spiritual links, with the name deriving from Sanskrit, meaning ‘joy’ or ‘shelter’.

It is regarded as a prestigious name and has been a surname across various communities in India.

Impact of Desi names at school and work

Natasha Sharma, a 21-year-old student from Coventry, expresses her feeling about her surname.

“Growing up my name wasn’t well-received by my classmates.

“They couldn’t pronounce it properly and I felt like I didn’t fit in because of it”.

Despite feeling comfortable with her surname today, Sharma recalls feeling embarrassed by it when she was younger:

“I wanted a white surname, something that made me feel more British at the time.

“Even now when I am introduced in a presentation I wonder if they regard me differently because of my name.”

Similarly, her older sister Priya Sharma recalls being rejected from a job because of her surname:

“I applied to a teaching position in another country but the translator simply said I wouldn’t be hired because my name didn’t look British on paper.

“It was shocking – I was fully qualified to teach English as a foreign language.

“Perhaps naively, I had no idea something as simple as my name would hold me back”.

Will watching a character with a Desi surname help western society accept those surnames in real life? 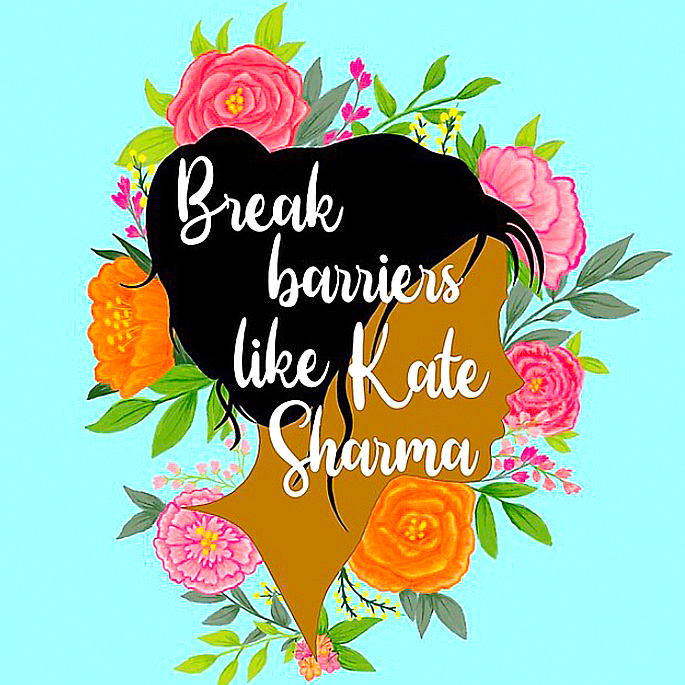 Since the 19th century, the UK has had a large population of South Asians following the colonisation of India.

According to the 2011 Census, out of an estimated population of 63.2 million, 2.3 per cent (1.45 million) of the population are of Indian background.

Meanwhile, Pakistanis make up around 1.9 per cent (1.17 million) of the British population.

In order to survive in multicultural Britain, some parents sought names that mix the Indian identity with the British.

People don’t want the names of their children to be a barrier in their careers.

Therefore, some are favouring a distinctive blend – similar to the blend of Kate Sharma.

In some cases, first-generation British-born Asians had a name change in their adulthood to sound more western.

Others use their nicknames even in work settings to fit in social groups.

However, this does not mean that every British born Asian feels this way.

There are many who are still very much proud of traditional names and the special meanings behind them.

For them, they feel the issue does not lie with their traditional names but the people on the other side who cannot pronounce them correctly.

So, the significance of Kate’s name change is great because it increases the awareness of this ‘name prejudice’ that is common in western society.

It encourages Asian audiences to be more comfortable with their names. 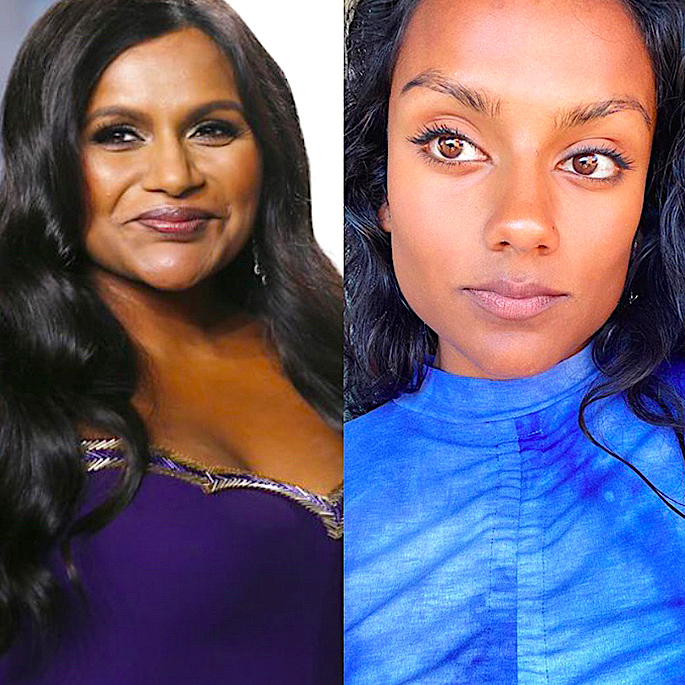 The effect on the audience and industry of Kate Sharma’s introduction to the ‘ton’ is important.

People of all ages and races will get an insight into the true reflection of 19th century London.

In addition, people from a South Asian background will get the chance to see someone that looks like them in all the costume and glamour of the ballroom and courting world.

The importance of the name change can already be felt through online reviews.

“The absolute coolest. A feisty young British-Tamil lady in this world!”

“Don’t think I could be more excited for next season.”

“A South Asian woman leading a show is so rare, especially in a period romance drama.

“This is such a lovely opportunity for her, one that many POC don’t get”.

Author Julia Quinn is in agreement. Julia says she couldn’t think of anyone “more perfect” to play Kate.

Evidently, this suggests that people are excited to see more South Asian representation in mainstream media.

For people who grew up not seeing themselves on television, having a South Asian character proudly displaying a Desi name will leave a positive impact on the younger generations. 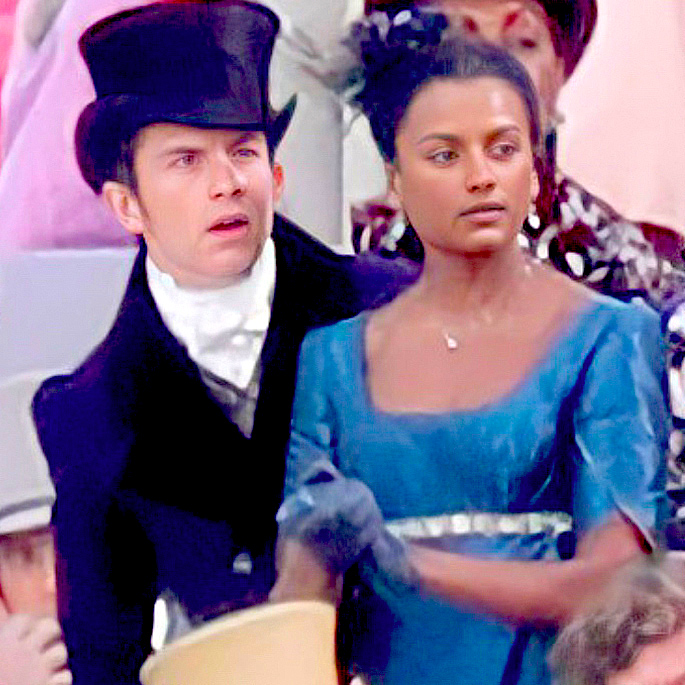 In the past, many stars from an Asian background working in the west have decided to change their Desi sounding names.

There are multiple reasons for changing one’s Desi name including:

Mindy Kaling, born Vera Mindy Chokalingham is one actress who has shortened her traditional Indian name.

His birth name was Krishna Bhanji but he changed his name soon after gaining recognition as a stage actor.

While it is the character of Kate Sharma whose name has been changed (and not the actress herself) it still remains significant.

In changing her name from a Western-sounding name to a Desi one shows progression following a time when people were doing the exact opposite.

Will this show up and coming actors that they don’t need to change their name to sound more professional and easy on the tongue?

That is yet to be determined, however, one thing is certain: Kate Sharma is set to shine a light on South Asia’s influence on Britain.

The future of traditional Asian names in the UK lies with new generations.

If preservation and heritage are important to them, then the shift from Sheffield to Sharma shall show there is room for this.