The trailer for ‘Toofaan’ was released and Farhan Akhtar packs a punch as a disgraced boxer who makes a comeback.

“Toofaan is a true labour of love."

On June 30, 2021, the trailer for Toofaan was released and it looks to be an anticipated summer blockbuster.

Farhan Akhtar plays the role of a disgraced boxer who makes a comeback to the ring after five years away.

The film also stars Mrunal Thakur and Paresh Rawal and it is directed by Rakeysh Omprakash Mehra.

The trailer begins with the revelation that Aziz Ali’s (Farhan) five-year ban is over. However, he does not seem keen to return to boxing.

The high-octane trailer then shows Farhan’s journey, going from Ajju bhai, a thug from Dongri, to Aziz Ali, also known as ‘Toofaan’.

However, it is not known what the ban is for.

As well as starring, Farhan is also the co-producer and he had build muscle and shed weight as part of the role.

Speaking about his role and the challenges, Farhan said:

“Toofaan is a true labour of love. No matter how physically strong one is, stepping into the shoes of a boxer is a whole new ball game.

“It took 8 to 9 months of rigorous training for me to get into the skin character and it made me realise how physically, mentally and emotionally demanding the sport actually is.

“I am thoroughly excited to see all our hard work on the screen and I am glad we are going to be able to take the movie to audiences across 240 countries and territories with Amazon Prime Video.” 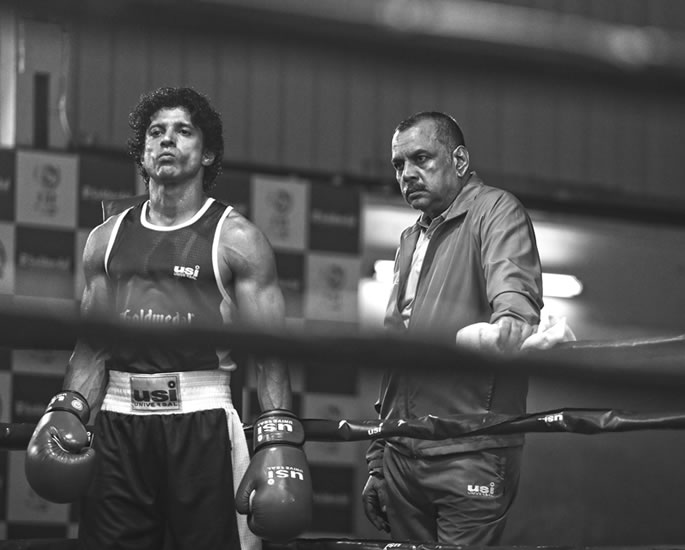 Revealing what made him accept the role, Paresh Rawal said:

“Any new project is exciting when it’s challenging.

“Playing a boxing coach was a new challenge, and that fuels me as an actor.

“Toofaan at its core is about all the challenges one goes through and how one should never give up.

“It is a wholesome entertainer that is thrilling, thought-provoking and motivating.

“Rakeysh has created a masterpiece and Farhan brings his A-game here.”

“I am looking forward to the audience’s reaction to this movie and I hope they enjoy watching it just the way we enjoyed making it.”

“I remember sending Rakeysh a Facebook message seven years back expressing my willingness to work with him and today it’s happening!

“I am thrilled, blessed and over the moon to be part of this exciting project.

“Working with this deadly combination at this point of my career still feels like a dream.

“I couldn’t have asked for a better or more inspiring cast or a better release with Amazon Prime Video premiering the title across 240 countries and territories.”

Toofaan was originally set for a theatrical release but due to the Covid-19 pandemic, the filmmakers decided for it to release on Amazon Prime Video.

It will also be the first film to simultaneously premiere on Amazon Prime Video in Hindi and English. 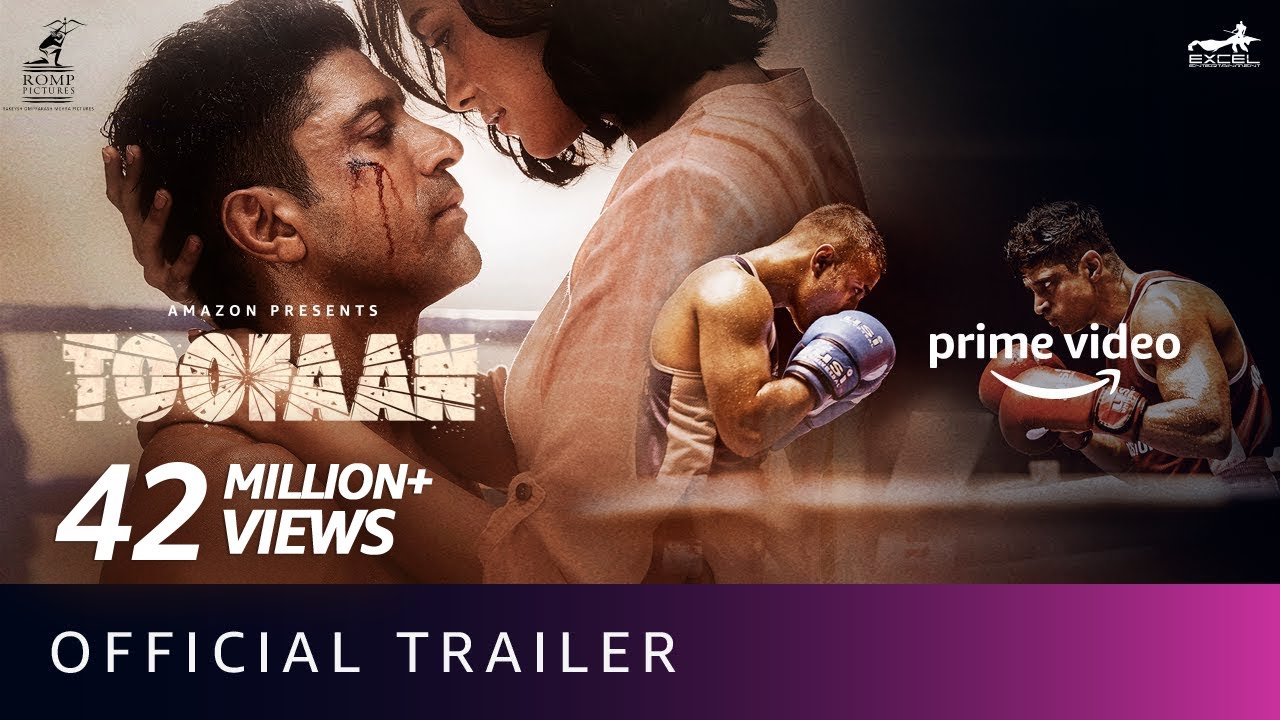 Dhiren is a journalism graduate with a passion for gaming, watching films and sports. He also enjoys cooking from time to time. His motto is to “Live life one day at a time.”
Why the Name Change for Kate in ‘Bridgerton’ is So Significant
Love Island’s Shannon Singh dumped from Villa after 2 Days