A saree can be one of the most alluring outfits in a woman’s wardrobe. DESIblitz presents a collection of 10 Wet Saree Songs from Bollywood.

"Watching Kareena Kapoor in [a] saree is mesmerising."

The divas have appeared on screen in traditional cotton or transparent chiffon sarees. Some of them with a low back or backless blouse.

Beauties from all generations knew very well how to flaunt their attractive figures and express their love in a wet saree. 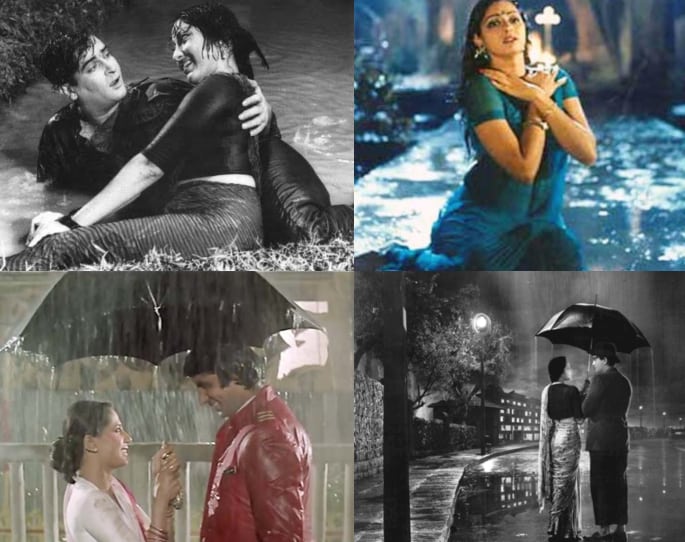 The romantic song ‘Pyar Hua Ikrar Hua’ from Shree 420 (1955) features Nargis wearing a modest saree with a long sleeve blouse in the rain.

Standing innocently under an umbrella with Shri Raj Kapoor, the track shows the deep chemistry between the two great actors.

This black and white song is simple and subtle, yet captures a beautiful expression of love.

‘Dil Tera Deewana’ from its 1962 namesake film is one of the catchiest rain songs ever in Bollywood.

Mala Sinha wears a dark green stripey saree with Shammi Kapoor as her co-actor on screen.

The exuberant Shammi chases Mala in the rain, whilst she splashes water at him. They pull each other and get closer together as the song comes to a climax.

Zeenat clearly has the Oomph factor in this song opposite Manoj Kumar.

Zeenat looks absolutely gorgeous and simply breathtaking as she swings away in the rain. Movie fans fondly remember Zeenat dancing from the rooftop.

She is seen foot-tapping alongside Amitabh Bachan in a white saree which is extremely wet by the rain. Her slim figure and ‘Thumkas’ (dance jerks) make Smita stand out further in this track.

Contrary to fans reaction, Maithili Rao gives an interesting insight into this song in her book: Smita Patil: A Brief Incandescence.

She writes: “Smita is reported to have wept inconsolably during the filming of the song. She knew what she had signed up but did not think it would be this demeaning.” 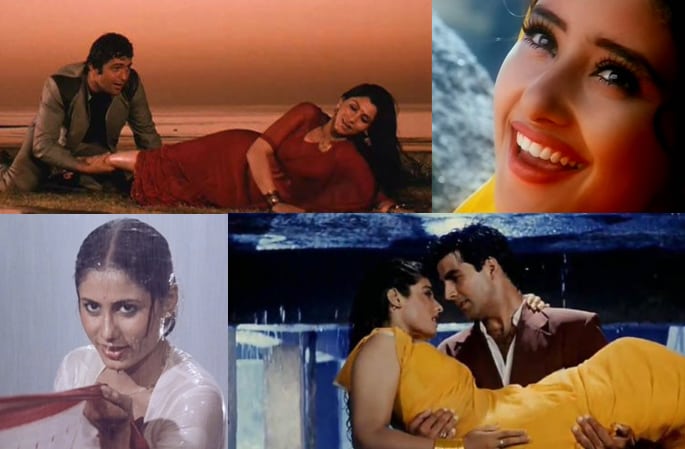 Who can forget Dimple Kapadia showing her radiant skin in a wet red saree, with a blouse having multiple strings?

Dimple teases Rishi Kapoor and her fans in the melodious track ‘Jaane Do Na’ from Ramesh Sippy’s Saagar (1985).

The track is shot beside the ocean – the perfect location for Dimple to call for her heart.

Having a blue matching bindi (coloured dot on forehead) with red lipstick on, she boldly says ‘I love you; to Anil Kapoor in the song.

Gratifying vocals of Alisha Chinai play a pivotal role in popularising this track as an ultimate seductive number. Whilst still fresh on the minds, people from many generations find this song as one of the hottest from Bollywood. 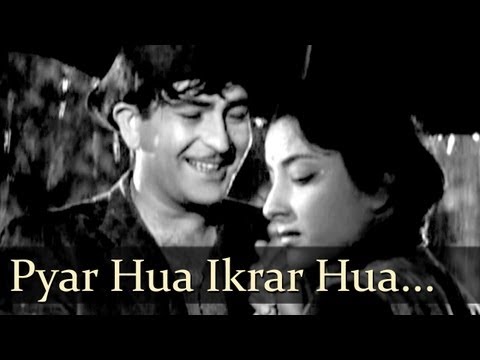 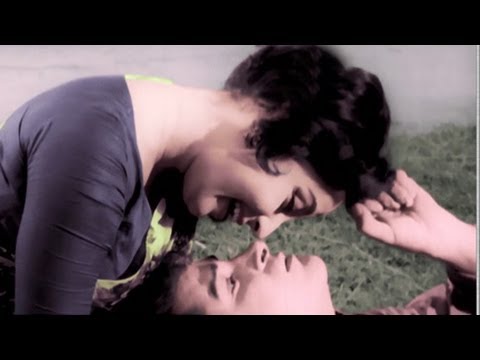 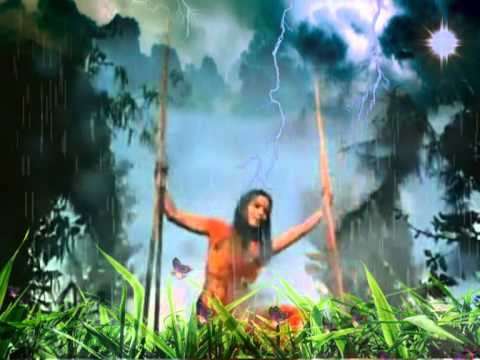 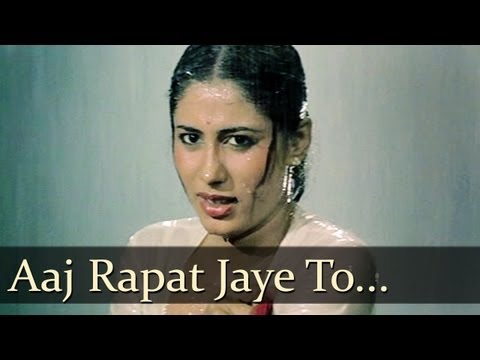 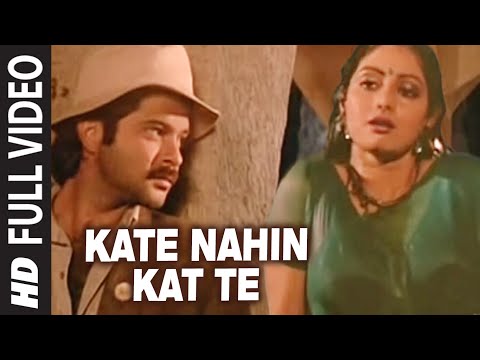 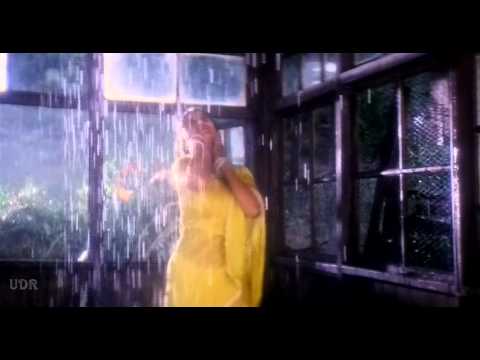 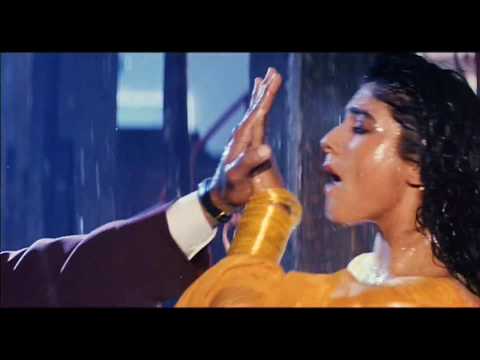 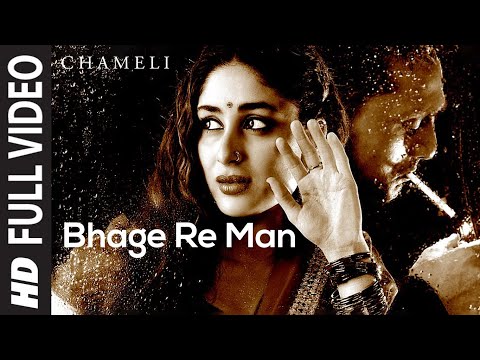 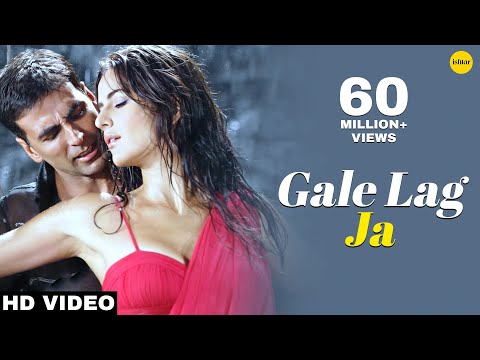 In the soft rain song ‘Rhim Jhim’ from 1942 A Love Story (1994), Manisha Koirala is given a classic vintage and sensual look.

Her innocence, simplicity, and purity in a yellow saree add charm to her pretty look throughout the track. Dancing in the rain with Anil Kapoor made this song a super hit. Manisha’s on-screen traits blow away her fans.

Highlighting monsoon and the track, a fan on YouTube states:

“I love this song because rainy season my favourite.”

This rain dance highlights the seductive nature of Raveena in a wet frame. Raveena’s chemistry with Akshay Kumar, along with her bold dance moves bowls everyone over.

Her voluptuous outline and inherent sexuality add charm to her on-screen presence. This remains one of the sexiest songs from Bollywood. 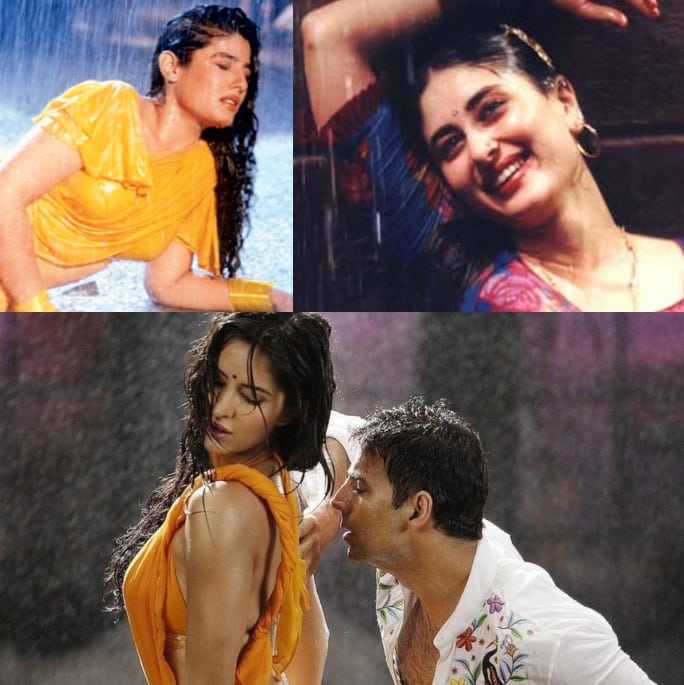 In a red saree with a blue flowery blouse, Kareena Kapoor dances to the sounds of ‘Bhaage Re Mann’ in Chameli (2004).

With rain pouring down her from head to toe, Kareena’s body seems more seductress. It is quite evident that a lot of effort was made for Kareena’s look and style as a sex worker in the film.

A fan of Bebo, comments on YouTube saying: “Watching Kareena Kapoor in [a] saree is mesmerising.”

The tall Katrina in a range of beautiful coloured sarees makes this track visually more draping. Katrina is successful in flaunting her curvaceous figure for this track.

We look forward to some more brilliantly crafted wet saree songs for the future.

Faisal has creative experience in the fusion of media and communication and research which increase awareness of global issues in post-conflict, emerging and democratic societies. His life motto is: "persevere, for success is near..."
India’s ‘Dancing Uncle’ goes Viral and adored by Bollywood
Music Producer DJ Gurps sadly Passes Away aged 34