How Kareena Kapoor is Redefining Pregnancy in Bollywood

Actresses tend to have a limited shelf life. But new mother Kareena Kapoor Khan has challenged the traditional view of pregnancy in Bollywood.

The screen life of an actress is, unfortunately, limited.

While many successful male actors continue dominating the silver screen in their 40s and 50s, one cannot say the same about their female counterparts. Their professional success is often unfairly hindered by marriage and pregnancy.

Over the years, we have seen many hugely successful actresses disappear from the public eye during pregnancy and then eventually resorting to motherhood. Kareena Kapoor Khan, however, has challenged that norm.

Establishing herself as a brand and enjoying the status of a power couple alongside Saif Ali Khan, Kareena has utilised her star status even while being pregnant. Kareena isn’t the one to simply shy away because she is starting a family.

DESIblitz looks at how this superstar has helped change traditional perceptions of pregnancy in Bollywood through her journey over the nine months. 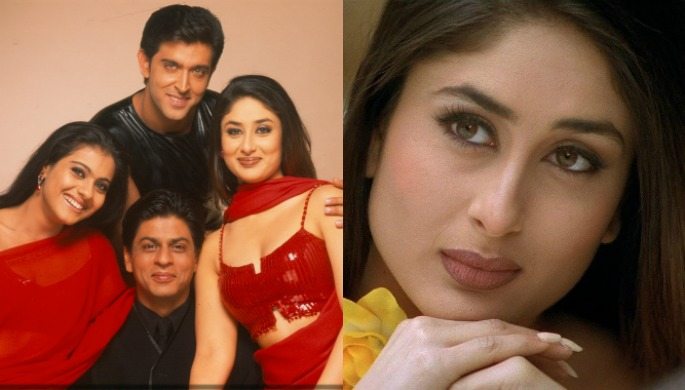 Since playing the iconic role of ‘Poo’ in Karan Johar’s Kabhi Khushi Kabhie Gham (2001), she became an idol; a star that every Indian girl looked up to. Every girl wanted to look and be like Kareena.

Post K3G‘s success, Kareena continued to climb up the social ladder. Of course, as a Kapoor and the younger sister of Karishma Kapoor, fame was in her blood.

Kareena’s massive fan following is due to multiple factors. She is undoubtedly one of the most beautiful actresses in the industry. Her clear complexion, light eyes and enigmatic smile are her best features.

But there are more reasons to her success than just her lineage and gorgeous looks. A number of her films were commercial blockbusters. Most notably Kabhi Khushi Kabhie Gham (2001), Golmaal Returns (2008), 3 Idiots (2009) and Bodyguard (2011). 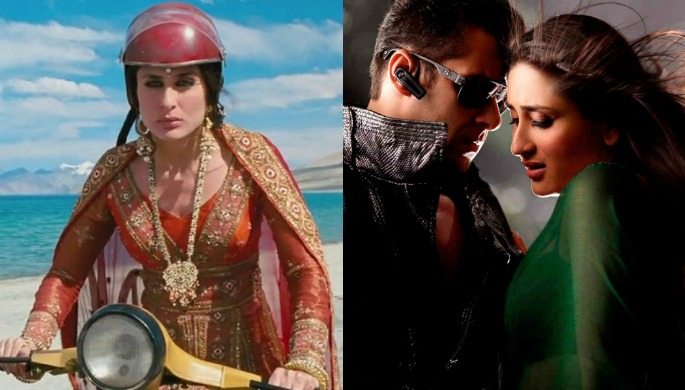 Commercial success is not the only thing Kareena has achieved. Her stellar performances in Chameli (2004) and Omkara (2006) have rightfully offered her critical acclaim.

So how has Kareena really managed to keep herself important despite pregnancy in Bollywood? It’s because of her popularity in the Bollywood circuit.

Known as the gossip queen, Kareena shares a special bond with filmmaker Karan Johar. Together they make the creme a la creme of Bollywood’s ‘IT’ crowd. This has helped Kareena stay relevant even during pregnancy. 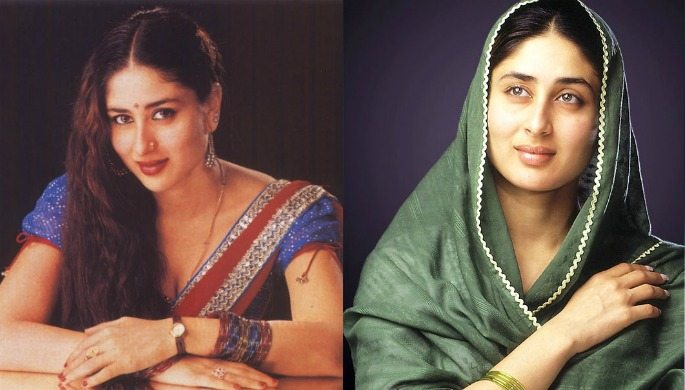 While she has made numerous appearances on Koffee with Karan, she was seen on the latest season with a prominent baby bump but completely at ease.

Also, Kareena, who is Manish Malhotra’s favourite, retained her title of a style icon. Her pregger looks went viral on Instagram inspiring other to-be mums to turn up their fashion game.

She appeared on numerous magazine covers and also walked at the Lakme Fashion Week in her fuller self. It is something we have rarely seen before but Kareena owned the runway looking radiant than ever before. 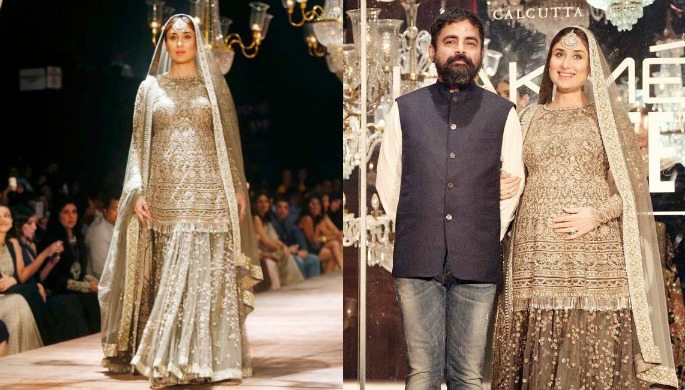 Now in her 30s, Kareena has managed to sustain her title as an A-list actress. When she married Saif Ali Khan, the media could not get enough of the superstar couple.

The paparazzi’s favourite pair, dubbed ‘Saifeena’, became the talk of the town. So it wasn’t long before people began asking about her starting a family.

Earlier, marriage was seen as a decision which slowed down an actress’s career. Kareena, on the other hand, has remained in the limelight despite marriage.

With her role in Udta Punjab (2016), Kareena once again proved her worth as a strong performer. Securing her status as an important actress post-marriage has only strengthened her brand worth. 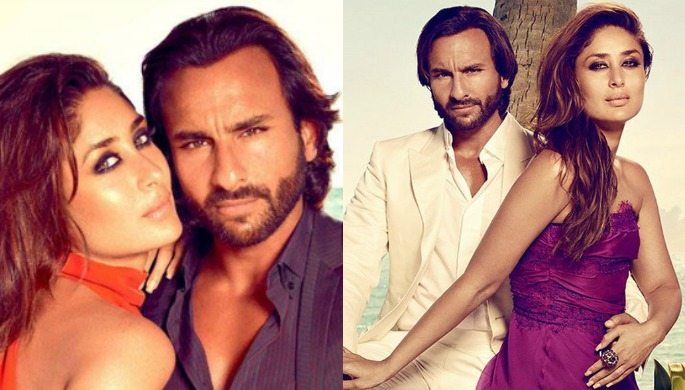 In early 2016, Kareena announced she was expecting. And while for any other actress this would mean waving goodbye to the limelight, Kareena managed to stay desirable.

It’s important to note that Kareena decided to have a family only after she established her career and carved her own identity. But she didn’t slow down even during pregnancy. She continued to work and remain in the public eye.

Despite being pregnant, Kareena did not shy away from the camera. Not only did she make countless public appearances, she also continued shooting for her upcoming film, Veere Di Wedding.

Kareena did not let her pregnancy hold her back. Instead, she got more people to be interested in her and her baby. 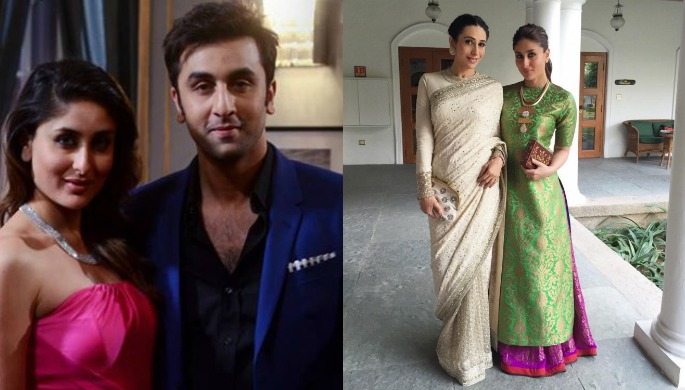 The only other time we have seen such speculation over a pregnant actress was when Aishwarya Rai Bachchan was expecting Aradhya. However, despite the attention, we did not see Miss World in the same way as we saw Kareena during her pregnancy.

Kareena has tried to shun all stereotypes associated with pregnancy and women in Bollywood. She embraced it like a true diva and has also not surrendered to the pressure of losing weight post her delivery.

Where many actresses often avoid the paparazzi and remain private till they are back in shape, Kareena is confidently displaying her post-pregnancy body. When asked about her post-baby weight, Kareena quite confidently stated:

“I am out and about and I am flaunting my size, whether people still feel I am overweight.”

With a newborn in her life, we are sure Kareena will cherish these early days of motherhood.

However, the superstar that she is, Kareena is already back to work! She has been spotted on the sets already and has confirmed that she will be shooting for Veere Di Wedding in May 2017. 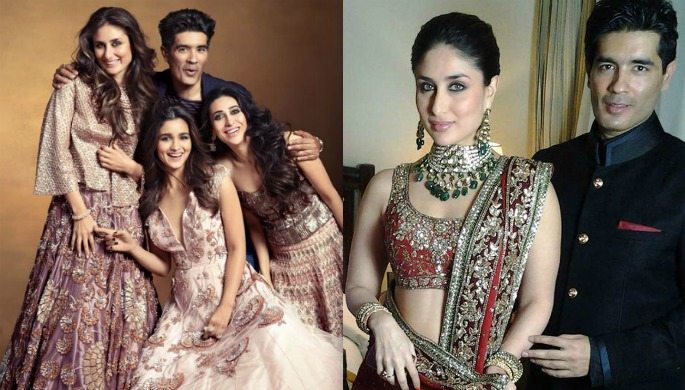 Times are changing in Hindi cinema and Kareena Kapoor Khan is surely setting an example for her fellow actresses about pregnancy in Bollywood.

She has attained superstar status, has a wonderful family, and is still a top notch actress. Driving Kareena’s success is her confidence in herself. Always aware of her status and star power, we know Kareena is going nowhere!

We hope she continues to work, but also enjoy motherhood as much as she wants to. Incredibly talented and naturally beautiful, this star is not letting anything hold her back.

Momena is a Politics and International Relations student who loves music, reading and art. She enjoys travelling, spending time with her family and all things Bollywood! Her motto is: “Life is better when you're laughing.”
Emma Watson wishes her Indian fans ‘Happy Holi’
Arjun Kapoor and Cast arrive in London for Mubarakan Shoot