5 Memorable Bollywood Actresses that We All Miss

Over the years we have lost some tremendous stars whose lives were taken too soon. We pay tribute to some of the industry’s biggest Bollywood actresses who passed away at a young age.

Despite their untimely deaths, their legacy does and will continue to live on

Over the years we have been fortunate enough to see some of the finest Bollywood actresses grace the silver screen.

Whether they’re glamorous, traditional or funny in their roles, they have managed to win the hearts of their audience and gain scores of fans.

However, tragic and untimely deaths have unfortunately taken away some of India’s finest acting talent. Some of the most renowned and beloved actresses in Hindi Cinema have seen their career and talent short-lived.

While their fame undoubtedly continues on, the loss of a loved icon is always difficult, particularly when they pass away at a young age and so unexpectedly.

DESIblitz looks back at some of Bollywood’s most iconic actresses who sadly left us too soon. 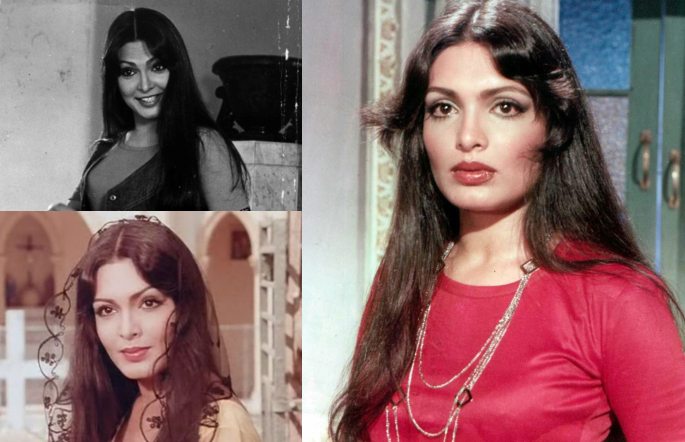 One of the nation’s first actresses to bring a Western look into the industry is the evergreen beauty and icon, Parveen Babi.

Renowned for her breathtaking beauty, Parveen also had fantastic comic timing in her movies.

Not to mention, she had the star quality to attract fans.

Working alongside the likes of Amitabh Bachchan, Shashi Kapoor and Shatrughan Sinha, Parveen acquired countless blockbusters under her belt.

Sizzling on screen in smash hit songs such as ‘Jawaan e Jaaneman’ and ‘Pyaar Karne Wale’, made her one of the most sought-after actresses in India.

Unfortunately, Parveen was later diagnosed with Schizophrenia. She ended up avoiding the limelight and put on weight as a result of personal problems. She passed away in her home in 2005 at the age of 55.

Director Mahesh Bhatt who shared a close relationship with the actress, made a semi-biographical film Arth (1982), which touched on Parveen’s real life story.

A former co-star of the actress, Jeetendra, said to Glamsham: “She was a very natural artiste.” 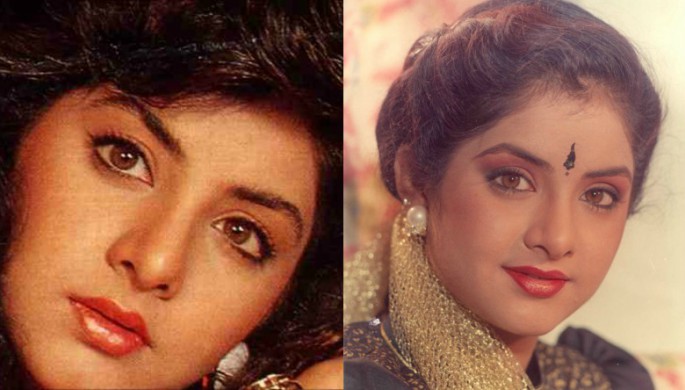 One of the youngest and most tragic deaths of a female actress in India is that of Divya Bharti. The beautiful and young actress married the now renowned producer Sajid Nadiadwala.

Most people will remember her from the smash hit anthem ‘Saat Samundar Paar’ or alongside the fresh-faced Shahrukh Khan in Deewana (1992).

Her cute appearance and acting skills quickly made her a popular face amongst audiences. The news that shocked India was that of her premature death in 1993. She fell from her balcony and died there on the premises.

Bharti had already filmed a significant part of her role in Laadla which was later done by Sridevi Kapoor. She was also due to work in films such as Mohra and Kartavya. 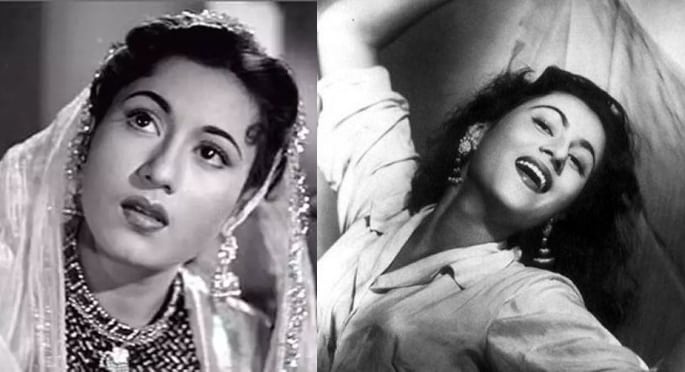 Perhaps the first global female icon of Indian cinema, Madhubala is undoubtedly one of the most beloved women in Bollywood.

By starring in the classic Mughal-E-Azham (1960) she cemented her name as one of India’s greatest actresses.

Her unique beauty and charisma have not been seen again. Whether she donned traditional Indian attire or chic Western looks, Madhubala was and continues to be, an undisputed icon.

Her long association with Dilip Kumar remains one of Bollywood’s most tragic love stories, as they were unable to marry due to her father’s disapproval.

Unfortunately, Madhubala had a hole in her heart and as a result, suffered numerous ailments. The effects of her poor health prevented her from working for a significant amount of time.

Despite the struggle, Madhubala tried to work and began directing a movie. Unfortunately, she passed away before it could be completed, shortly after her 36th birthday.

“She has been compared to Marilyn Monroe: the smouldering looks, the short career, the tragic end.” 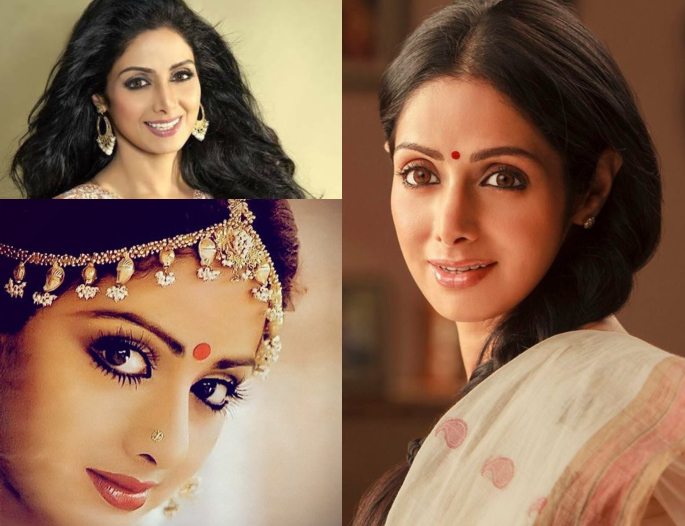 The unexpected news which shook India and the rest of the world was the sudden death of superstar Sridevi.

Her acting career began at just 4 years old, and by 13 she was playing adult roles. One of the most glamorous stars in India, Sridevi won the hearts of the nation with her impressive acting and smash hit songs.

As well as Bollywood, Sridevi proved her worth in India’s many other film industries, having appeared in Tamil, Telugu, Malayalam and Kannada films.

Her remarkable versatility made her one of the most successful actresses. She didn’t need a male co-star to pull in crowds.

After her passing, she was honoured by fans and friends from all walks of life. Prime Minister, Narendra Modi, wrote on Twitter:

“Saddened by the untimely demise of noted actor Sridevi. She was a veteran of the film industry, whose long career included diverse roles and memorable performances.”

With powerful performances in the likes of Sadma (1983) and smash hit songs such as ‘Hawa Hawai‘ and ‘Kate Nahi Kattke’, there’s no doubt that Sridevi’s legacy will continue long after her passing. 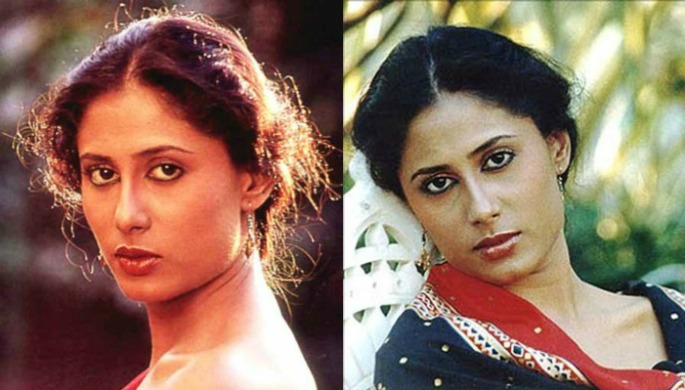 A legend in both art cinema and mainstream Indian cinema is the dusky beauty, Smita Patil. Often touching on taboo topics in her roles, Smita relied on nothing but her acting talent.

Working alongside the likes of Naseeruddin Shah, Shabana Azmi and Rajesh Khanna, Smita had proved herself to be an actress who can be both critically acclaimed and commercially successful.

At the young age of just 31, Smita passed away as a result of childbirth complications. Her cause of death was later related to gross medical negligence.

Suresh Kohli spoke to the Deccan Herald about Smita. He told them:

“Smita Patil was, perhaps, the most accomplished actress of Hindi cinema. Her oeuvre is outstanding, investing almost every portrayal with a powerhouse realistic performance.”

All of these Bollywood actresses have achieved tremendous success, adoration and recognition for their contribution to Indian Cinema.

Despite their untimely deaths, their legacy does and will continue to live on through their tremendous body of work and worldwide fan following.

Momena is a Politics and International Relations student who loves music, reading and art. She enjoys travelling, spending time with her family and all things Bollywood! Her motto is: “Life is better when you're laughing.”
Bollywood #MeToo: Can India’s Actresses ever find Justice?
Ms. Marvel: Who should play Kamala Khan?