Urfi Javed raised temperatures on social media as she flaunted her figure in a gorgeous colourful bikini whilst staying in a Karjat resort.

"Wow, I can't get enough of Urfi's swim looks!"

Urfi Javed has left social media in a frenzy after posting some sizzling pictures of her in a vibrant tropical bikini.

The Indian TV actress posed for the sultry photos whilst staying at the Elite Forest Retreat Hotel & Resort in Karjat, India.

The bikini was a stunning green colour and had prints of different hues including white, purple, pink and ocean blue.

The top had a halter neckline whilst the bottom half had gorgeous knotted detailing on the side. Accompanying the racy two-piece was a matching kimono-style cape that draped from her shoulders.

Urfi Javed is no stranger to creating waves on social media. The edgy and stylish ensemble gripped her 2.6 plus million Instagram followers as she captioned it saying: 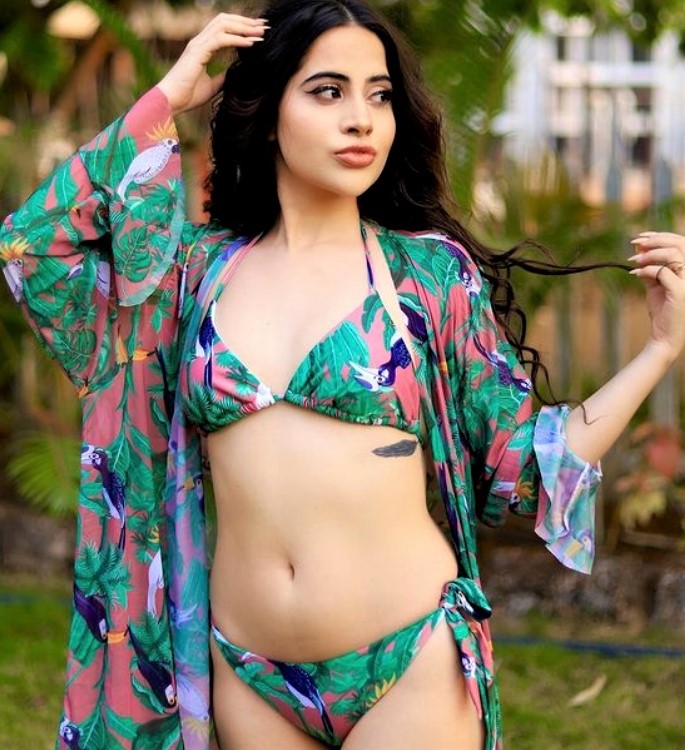 The images were met with countless fire and heart emojis as fans rejoiced in appreciating the personality’s beauty.

Whilst another fan chimed in saying: “so beautiful looking”. A third person was so mesmerised by her outfit, stating:

Unsurprisingly, this dazzling bikini is just another edition of the actress’ outlandish swimwear choices.

She once stepped out in an impressive aquatic blue bikini. The strapless ensemble had scalloped borders and Urfi’s wet hair looked sumptuous.

Another one of her choices was a yellow piece in that she layered herself with a simplistic make-up look to enhance the overall appearance.

However, one of her most glamorous looks was a geometric swimsuit that she donned in December 2021.

The scorching look had shades of black and a yellowy-beige that suited Urfi’s curvaceous figure. Her pose left fans sweltering as she exited a swimming pool with one follower commenting:

“Wow, I can’t get enough of Urfi’s swim looks! So gorgeous and so mesmerising.” 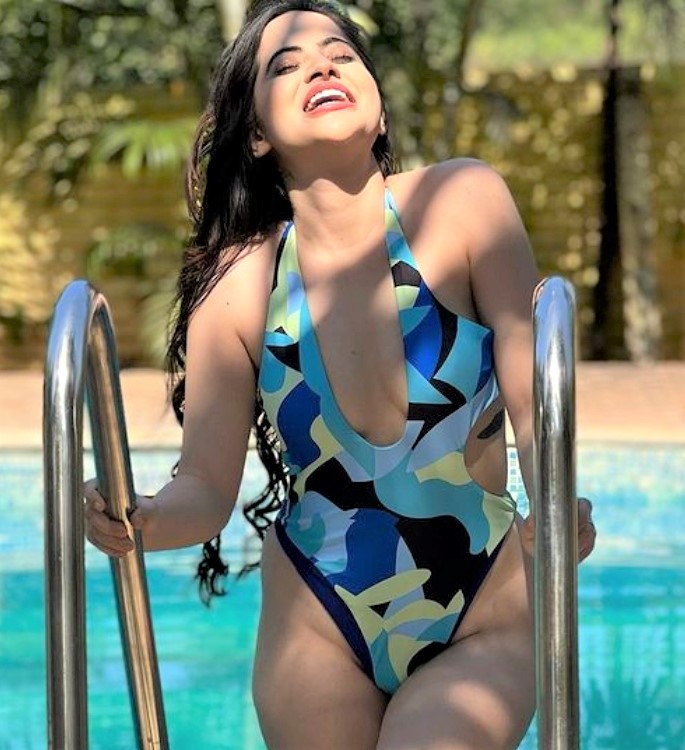 Urfi’s beach fashion diaries remain strong and unique. The starlet’s experimental yet luxurious pairings make her look ravishing and definitely serve as inspiration for those searching to enhance their beachwear.

But her sun-inspired ensembles are just the tip of the iceberg.

Urfi Javed pushes the boat out when it comes to her style and that is what makes her a treat for fans and celebrities alike.

She has been snapped playing around with different cuts and textures that make her a gift for fashion inspiration.