Netizens were less than impressed with Urfi Javed’s latest unconventional look in which she wore a shirt the wrong way round.

"How do you move around in this?"

Never one to blend into the crowd, Urfi Javed once again grabbed the attention of social media users with her unique reversed shirt look.

Urfi was brutally trolled by social media users for her latest fashion statement.

Urfi Javed, who rose to fame with her Bigg Boss OTT stint, is known for her unique and bold style statements.

She is often spotted sporting unconventional outfits and regularly faces criticism for her sense of style.

Shared with her 2.1 million Instagram followers, Urfi posted a video alongside pictures in which she wore a reversed shirt with its buttons at the back and collar at the front.

Urfi Javed posed with a flower and wore her hair in curls, however, her look wasn’t appreciated by netizens.

Taking to her Instagram handle, Urfi shared a video in which she wore the shirt.

Soon after Urfi Javed shared the video, she was faced with some negative comments on the post.

Many social media users trolled her for wearing a reversed shirt and called her out for her confusing style. 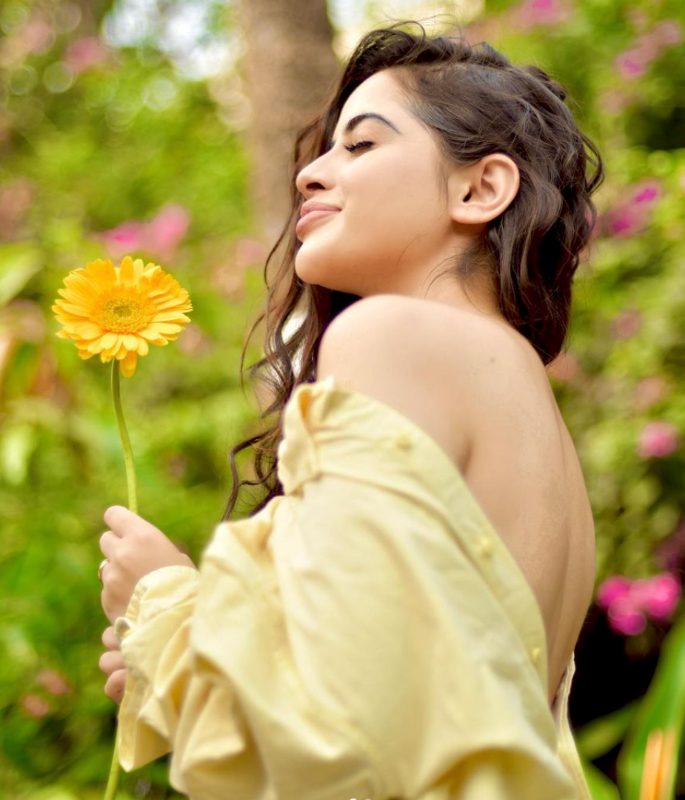 One user wrote: “She is the most shameless woman in the world, always wearing weird outfits.”

Another added: “I’m not sure about this look, it’s confusing. How do you move around in this? It’s not practical.”

Whilst some called her “shameless”, others stood in her corner and defended the actress’ outfit.

“No one has a problem when men bare their bodies so why does everyone have an issue with it now?”

Another added: “If you don’t like the shirt, who cares? Keep your thoughts to yourself.”

The actress recently opened up about her conservative upbringing and revealed that she ran away from her house at a young age.

Urfi said: “I was a girl who was told that girls should not have their voice.

Urfi Javed added: “All these thoughts made me a rebel.

“I became a rebel because I was suppressed a lot and was not allowed anything except for education.

“When I was a kid I did not know what childhood or freedom was.”

“I badly wanted to feel and taste freedom.

“Even right now if I have to choose between money and freedom I would choose freedom.”

Ravinder is a Journalism BA graduate. She has a strong passion for all things fashion, beauty, and lifestyle. She also likes to watch films, read books and travel.
Romesh Ranganathan racially abused by Woman during Gig
Katrina Kaif & Vicky Kaushal celebrate one Month of Marriage