Riteish Deshmukh took to Instagram to share photos in which he looked handsome in a yellow jacket and side-striped trouser set.

Riteish can be seen wearing a yellow double-breasted jacket and side-striped trousers.

The photos instantly went viral and have since amassed over 231,000 likes.

The photos feature the Housefull 4 actor wearing a casual round neck yellow T-shirt with full sleeves which was layered with a matching double-breasted jacket.

With an extended lapel in a double-breasted style, the sports jacket ended with a metal buckle closure. 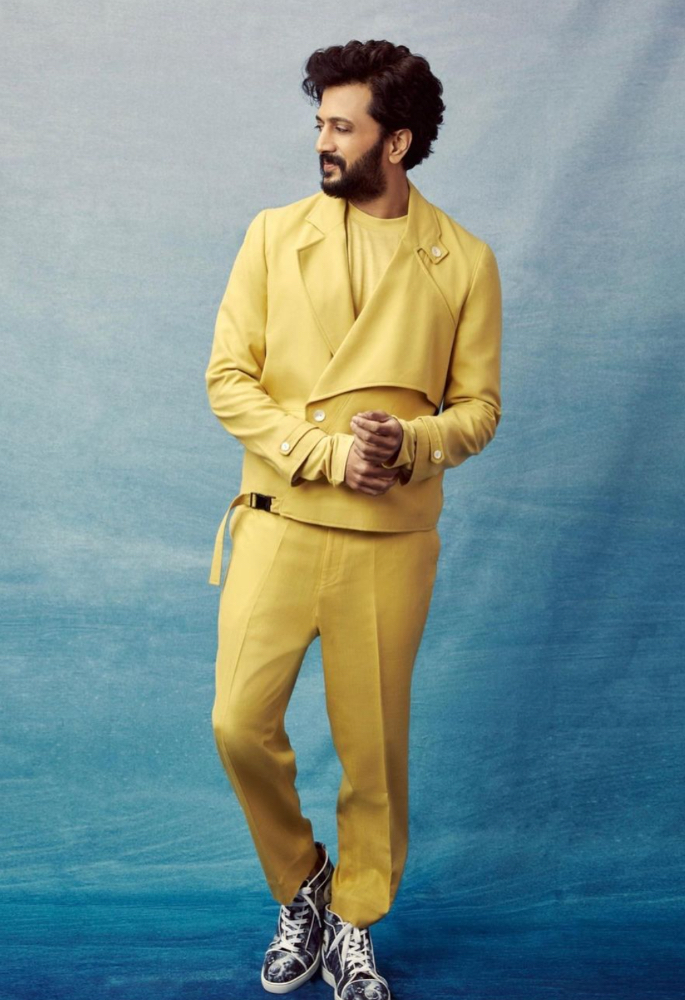 The Marjaavaan actor went on to credit his team who helped to put the look together.

The entire outfit was credited to the clothing brand Line Outline.

Line Outline is known for its range of sports minimalism ready to wear clothing. The Indian clothing brand describes itself as “conscious, inclusive and motivated”.

Riteish Deshmukh was styled by celebrity fashion stylists at Who Wore What When.

Riteish is often seen in TikTok videos alongside his wife Genelia D’Souza.

The actor previously joked that he was temporarily out of work when TikTok was banned in India.

Genelia and Riteish began making videos during the Covid-19 pandemic in 2020 to lighten everyone’s mood.

“It started during the lockdown and it was a time when everyone went through tough times and we thought, ‘Let’s give them a reason to smile’, and we started cracking jokes at our own expense and people started enjoying it.

“So that one led to another and I think it’s fun to bring a smile to someone’s face, a happy moment in their life.”

“I started with TikTok and when they banned TikTok, I was momentarily unemployed.”

“When Reels was introduced, I was glad.”

Riteish will next be seen in the upcoming Netflix film Plan A Plan B.

He will also be seen in the upcoming horror-comedy film Kakuda alongside Sonakshi Sinha.

Riteish is currently filming Visfot and will be seen in the film alongside Fardeen Khan.

Ravinder is currently studying BA Hons in Journalism. She has a strong passion for all things fashion, beauty, and lifestyle. She also likes to watch films, read books and travel.
15 Best Winter Jumpers for Desi Men
Did Sunny Leone’s Wedding Dress cost $4,000?