Junaid Iqbal-Wahid laced his friend’s hot chocolate with the ecstasy drug MDMA during a car journey. He then sexually assaulted her.

"You then insisted that she should consume all of it."

Junaid Iqbal-Wahid, from Manchester, has been jailed for six years after he drugged a woman’s drink and then sexually assaulted her.

The 29-year-old laced his friend’s drink with the ecstasy drug MDMA (3,4-methylenedioxy-methamphetamine) when they stopped for a toilet break during a car journey.

Manchester Minshull Street Crown Court heard that when the woman became unwell, Iqbal-Wahid sexually assaulted her as she lay powerless. He kept her in the vehicle for five hours.

The incident happened in August 2017.

Judge Tina Landale explained that Iqbal-Wahid had planned to carry out the sexual assault especially because he did not use drugs.

The court also heard that he did not reveal where he purchased the drug or how he had it in his possession.

Judge Landale said: “You brought it with you to fulfil the purpose of the drug in order to achieve sexual activity on the prearranged meeting.

“I don’t accept this was an opportunistic offence and the only reason you had the drug with you was in order to stupefy her.”

Iqbal-Wahid repeatedly asked the woman to have a drink as he wanted her to consume something. He knew that he would be alone in the car with her.

Judge Landale said: “When she left to use the lavatory, she had a hot chocolate left in the car, and you put the drug in the drink when she was in the ladies toilet. You then insisted that she should consume all of it.”

The woman became unwell at 10:15 pm but Iqbal-Wahid did not help her.

“The drug restrained her to the car and she was unable to resist the sexual advances you made towards her.”

The victim begged to be taken to the hospital, however, Iqbal-Wahid refused and sexually assaulted her.

“You assaulted her as she repeatedly asked to be taken to the hospital. She was drugged and in shock after hours in the car until at 3 am you did take her to hospital.” 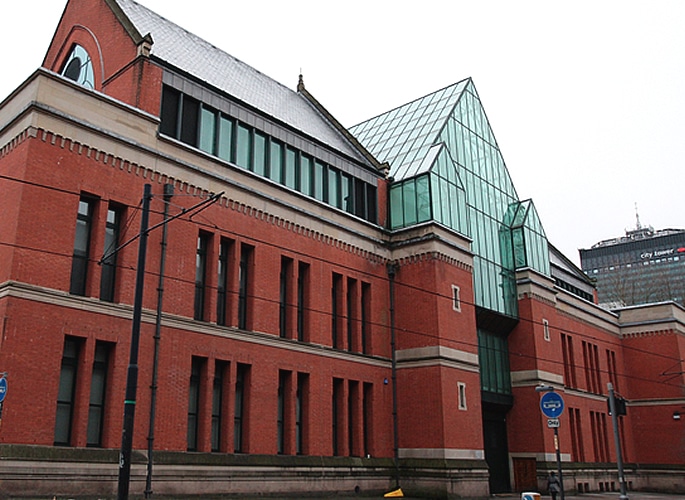 The victim explained that the ordeal has had a lasting effect on her and it has also affected her future marriage plans.

In a statement, she said that she does not like going to social events and struggles to sleep.

The victim explained that she replays the event in her mind and that she gets angry that she had his back in life.

She said: “I am no longer trusting of men when in public and when I see anyone that resembles him I feel a great deal of anxiety.

“I feel my heart beating faster and I have the biggest heart pain. I feel physically unwell when I’m in large crowds.

“I am no longer trusting in relationships. I don’t know if I’ll be able to be in a relationship again. It’s affected my future outlook.

“I wanted to have a family but now I’m not sure. I want the defendant to know how he has affected me, in more ways than he probably thought he could.

“I do feel angry but I mostly feel sorry for him, I feel sorry that he had to resort to that to get what he wants. During the trial, he tried to tarnish my reputation rather than showing remorse for his action.”

The victim added that she even thought about moving back to her family home in order to feel safe.

Iqbal-Wahid was found guilty of administering a substance with intent and sexual assault.

Judge Landale told him that he had been remorseless throughout and that he took measures to prevent the offence from being reported.

She said: “You took steps to prevent her reporting the offence by keeping her in the car.

“You also concealed evidence by discarding the cup containing the hot chocolate and the drugs residues.”

“You have lost your reputation, you will never be able to resume the career you have enjoyed. The sexual assault was a serious one.

“You touched her and you used the drug to facilitate it. Only a custodial sentence can be justified.”

Rachel Shenton, Iqbal-Wahid’s lawyer, stated that her client had lost a lot of weight since his trial.

She said that he lost his job as a teacher and that it would be impossible for him to work in the field again.

Ms Shenton added that his family has also been affected. Both Iqbal-Wahid’s father and sister have had eggs thrown at their house.

“His father is 75, he is in poor health, he has had a triple heart bypass. He moved to Manchester to be the father of the family. His father is frail and he is devastated. All the family has achieved has been lost.

“This was a moment of madness. His family and his girlfriend came to court to speak on his behalf. His girlfriend never found him to be inappropriate at all. His punishment will continue long after his release.”

Junaid Iqbal-Wahid was jailed for six years. He received a five-year restraining order which prohibited from contacting the woman in any way. He was also ordered to sign the Sex Offender Register.

Manchester Evening News reported that Iqbal-Wahid plans to appeal against his conviction.

Dhiren is a journalism graduate with a passion for gaming, watching films and sports. He also enjoys cooking from time to time. His motto is to “Live life one day at a time.”
‘Suspicious’ Husband guilty of Wife’s Murder with Hammer
US Indian charged for Stealing Car with Children Inside