US Indian charged for Stealing Car with Children Inside

Dalvir Singh has been charged for stealing a car which had two children in the back seat. The children managed to incredibly escape as he sped off.

"This little guy is a hero. No question."

An Indian man, Dalvir Singh, aged 24, living in the USA, from Punjab, has been arrested and charged for trying to steal a car which had two children inside it.

The car belonged to the grandmother of the children and had the engine running when the incident took place outside the ER at Atrium Medical Center in the state of Ohio.

The children were waiting in the car for their grandmother, Nita Coburn, while she was dropping someone off at the ER.

When Singh jumped into the car, he began to drive away with an eight-year-old boy, Chance Blue, and his sister, Skylar Weaver, aged 10, still sitting in the back of the car, a Chevrolet Malibu.

CCTV footage of the theft then shows a heroic reaction from Chance, who immediately reached and opened the back door, holding onto his sister to try and escape out of the moving car.

Then when Dalvir allegedly grabbed Skylar’s jacket to stop her from escaping and tried to pull her back in, Chance tugged on his sister and managed to pull her with him as they both fell out of the car. 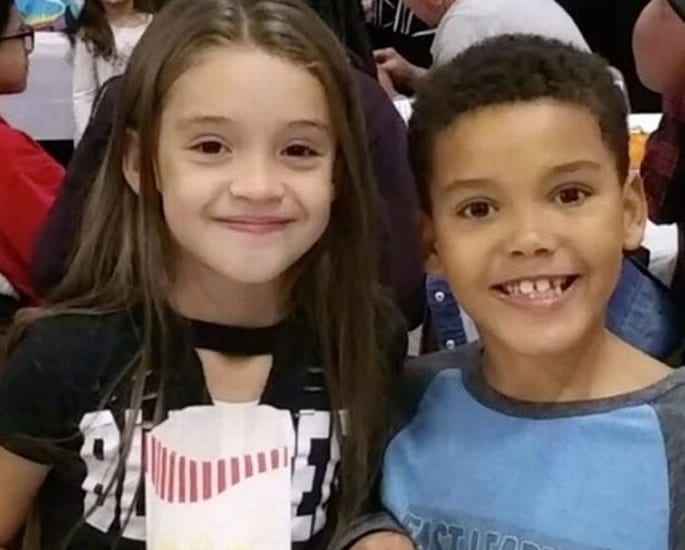 Both of them roll onto the road outside the medical centre and then get up from the ground.

The traumatic CCTV footage shows the car speeding off as Nita, aged 69, is still trying to give chase to it on the other side.

Watch the video of the theft: 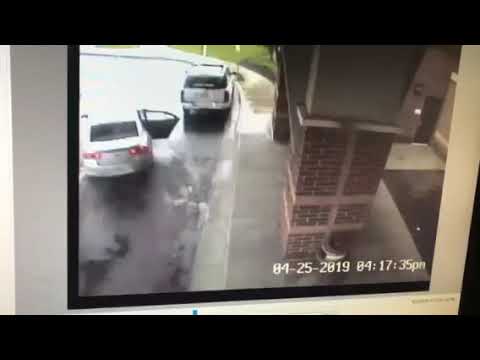 Police are branding Chance as a “hero” and praise him for his quick thinking and reaction in such a scary situation which happened so quickly.

“The little boy opened the door to escape and the little girl started to jump out also but the man grabbed the hoodie of the little girl, not allowing her to leave.

“As she tried to get away her little brother grabbed hold of her and pulled her away from the kidnapper and they both tumbled out of the vehicle as it was moving.

“This little guy is a hero. No question. He pulled his sister out of the car with no concern for his own safety. That is incredible at his age.”

The car was then spotted by police and Dalvir Singh was arrested by Middletown Police Officer Connor Kirby.

According to the police report when he was asked where he got the car from, he said: “I take it”.

Dalvir is charged with felonious assault, kidnapping and operating a vehicle without a licence. 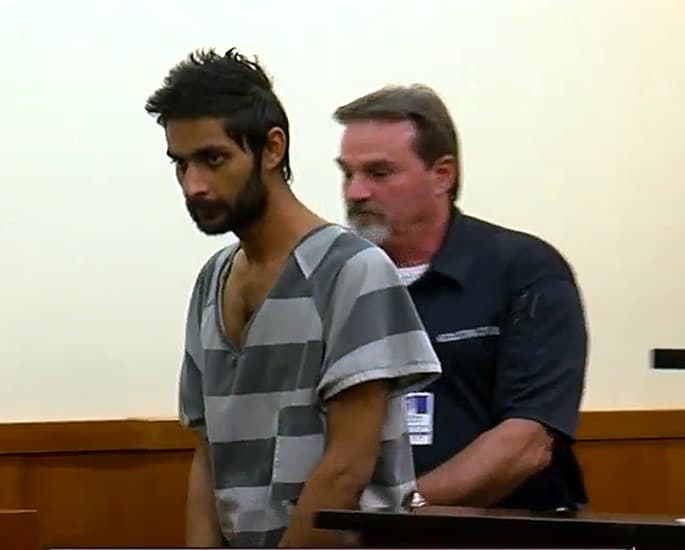 At Dalvir’s preliminary court hearing on Friday, May 31, 2019, Singh required Punjabi translator because he is originally from India. The interpreter assisted on the phone.

Dalvir told the translator to tell the judge he admits he has done wrong.

The judge, James R Sherron, had to stop Dalvir twice from speaking when he was not supposed to at the hearing.

He has been remanded in custody for further hearings with a bail set at $250,000. If convicted Dalvir faces as much as eight years in prison.

The grandmother told the media: “Every time I think about it, I want to cry – It’s the most morbid feeling in the world.”

Nazhat is an ambitious 'Desi' woman with interests in news and lifestyle. As a writer with a determined journalistic flair, she firmly believes in the motto "an investment in knowledge pays the best interest," by Benjamin Franklin.
Man Spiked friend’s Hot Chocolate then Sexually Assaulted Her
Paedophile posed as Single Mum to instigate Child Sex Abuse