Sujata Banerjee is a prominent Kathak dancer and teacher based in the UK. DESIblitz chats to Sujata about Indian dance, the artistic process and lots more.

"I hope parents understand the value of dance education."

Sujata Banerjee is a Kathak dancer and teacher living in the UK who has had the honour of receiving an MBE in the Queen’s New Years Honours List 2019.

Banerjee who grew up in India undertook her learning and training of dance in the city of Kolkata. In Bengal, it is routine for a child to engage in some sort of creative activity.

However, at the time she did not know that she would take dance as a profession in the future. Sujata’s homely mother wanted her to be a doctor.

Whereas her father who worked in the Indian Police Sevice (IPS) wanted Banerjee to join the Indian Foreign Service (IFS) or IPS.

But she eventually listened to her heart and opted for dance, particularly Kathak.

Since 1982 she has become champion of this art form, promoting Indian dance across the UK and the west.

Sujata is Chair of the South Asian Dance faculty at the Imperial Society of Teachers of Dancing (ISTD), UK’s leading dance organisation.

Banerjee wants to see more individuals academically aware of the teaching methodologies and safe practices of dance. She has a keen interest in understanding the biomechanics related to dance. 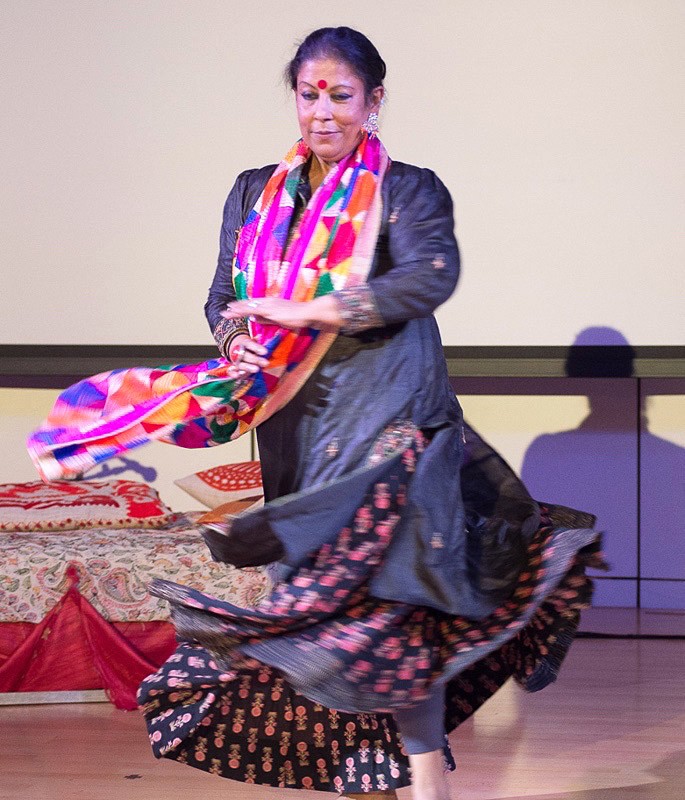 Sujata wants to encourage younger people to opt for dance as a profession and take it more seriously.

She believes the world has changed with children having many more activities after school. Hence sometimes the intensity or passion is not always there as they have many things to do.

Talking about this, Banerjee told DESIblitz:

“The fact is you cannot be a master in many things.

“I don’t want to generalise, but in life, there are too many things that young people get exposure to and have an interest in.”

With Sujata Banerjee having achieved so much, DESIblitz had an exclusive Q&A with her about various aspects to dance.

When did you first want to be a dancer and why?

I can’t really remember if I had dreamt to be a dancer but I performed regularly from the age of 12, about 5 years after I started dancing.

My parents wanted me to be a doctor or in the administration service but I knew I was not interested in those careers. I was keen on sports activities and physically challenging work attracted me more than the ‘study’.

How long did it take you to learn the art of dance?

Well, still learning. All I remember that I was a quick learner.

In classical dance form, it takes a long time. It can take a minimum of seven to eight years to reach a reasonable standard. Obviously, the more time you put in the more it sort of grows that way.

I danced for about eight years and then I had my graduation at the age of seventeen. So at that age, I kind of reached a reasonable standard.

I was happy to put in the time and grow gradually. 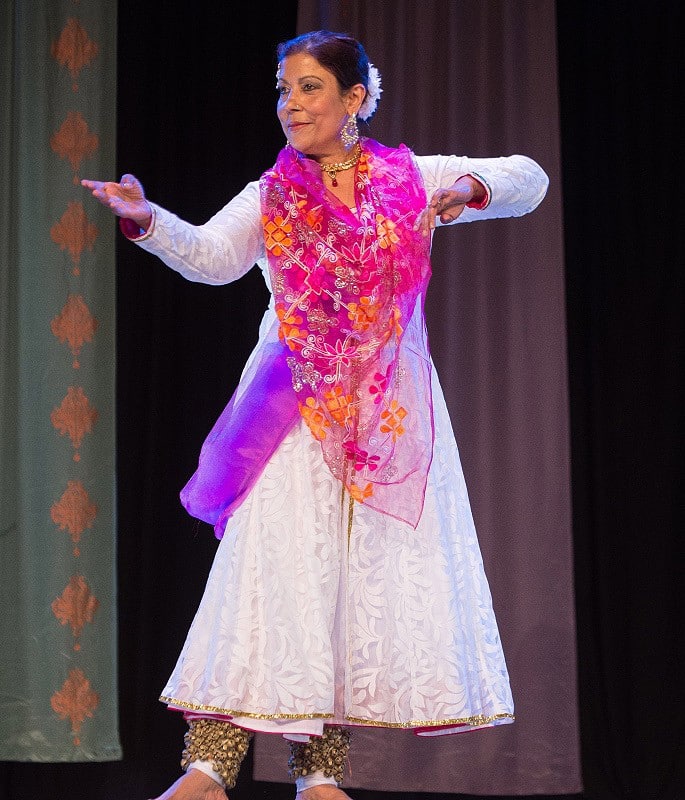 Did your parents approve and support you?

My both parents were supportive. Of course, without parental support, nothing can happen.

It was mainly my mother who was keen for me to learn dance. In Bengal and India, it is quite common to engage children in creative activities from childhood.

“I had their 100% support, from financial to taking me to classes.”

When you came to the UK, how did people react to Indian dance?

I came here in 1982. The Indian community was very pleased to have me and I became very involved with teaching which I was already doing in India.

I was involved in the Commonwealth Institute as their outreach arts worker. There were some interesting interactions with schools and teachers who did not necessarily want ‘an Indian dancer’ to come to their school.

At that time, the education authority used to hold the budget for arts education and schools did not have a lot of say. 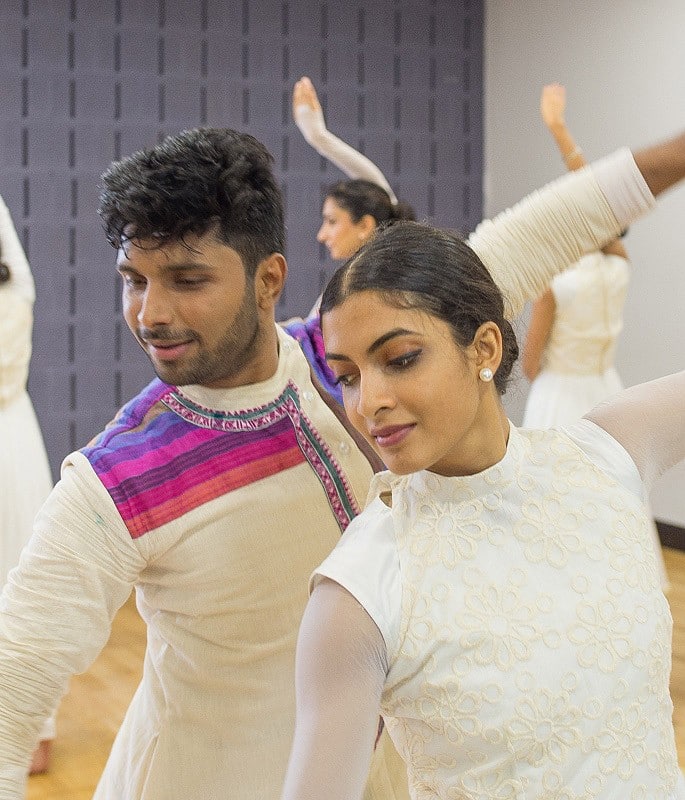 What styles of Indian dance do you prefer and why?

I do Kathak style which is one of 8 different classical Indian dance styles. Dance is amazing, it makes one physically, intellectually and emotionally strong – I believe it trains people for LIFE.

Kathak is a very independent dance and it has very intricate rhythmic work which is expressed through the foot beats and fast movements.

Indian dance features in Bollywood films. But what is it really?

Bollywood dance is a mixture of all kinds of dance: Indian classical, folk and non-Indian fusion.

It is led by the music genre – if the music is middle-eastern then the movements are that kind or if it is Spanish then there will be flamenco movements or hip-hop and so on.

However, classical dance is based on strict grammar and discipline which is known as ‘Margam’ or the repertoire. 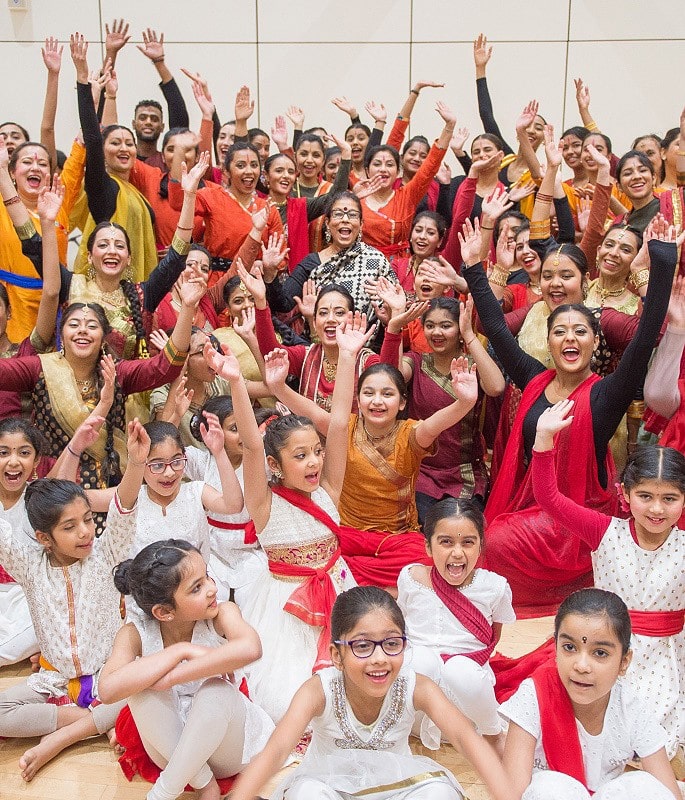 What kind of age groups do you encourage to dance?

In my school, I take students from the age of five. But from seven years onwards the children can follow instruction. By this time their feet are also more balanced and stronger.

“Initially it is not so much of dancing. It is kind of enjoying and being in the art form.”

Although I have students also at the ages of sixty and sixty-five. I have a student who started at the age of fifty. So it is not something unheard of.

Hence I do have many students who come in a much more mature stage.

Why do you feel South Asian Dance is important in the UK?

Dance is important for society. South Asian dance has a lot to contribute to the development of a person.

The storytelling part is particularly important for visualisation and creative thinking.

The UK has a huge South Asian population and many came are via Africa whose ancestors had left India 160 years back. Through dance, they can connect truly to their roots. 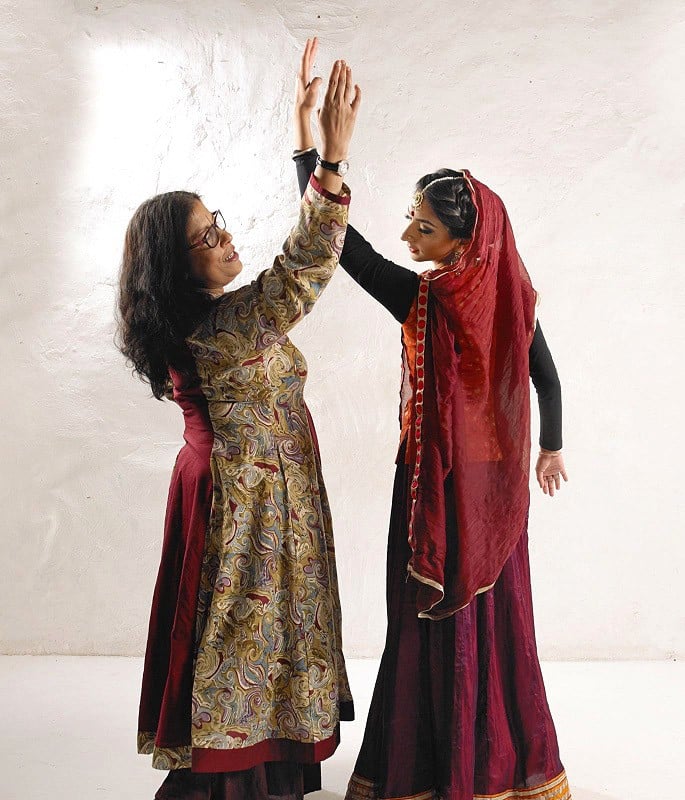 As Chair of the South Asian Dance faculty, what are your aims?

Our objectives are to offer fully accredited dance training and proper training for teachers which will enable them to work in regular schools too.

The ISTD syllabus for South Asian dance is very comprehensive and it is now getting popular not only in the UK but in India and other parts of the world too.

I would like to see more young people doing dance as a profession. It is far more challenging and skilful than what people think.

I would like to see that people are more aware of classical dance. But it has to be offered in education.

“So I hope parents understand the value of dance education.”

I would also like to see a bigger audience at classical dance programmes.

What would you say to anyone who wants to learn Indian dance?

Start today. Even if you have missed out all this time do not wait any more.

Classical dance learning is like learning a subject and develops the brain in the same way as any other subject would.

It is not just a set of steps or pretty movements – it has the most transferable skills than any subject can offer. 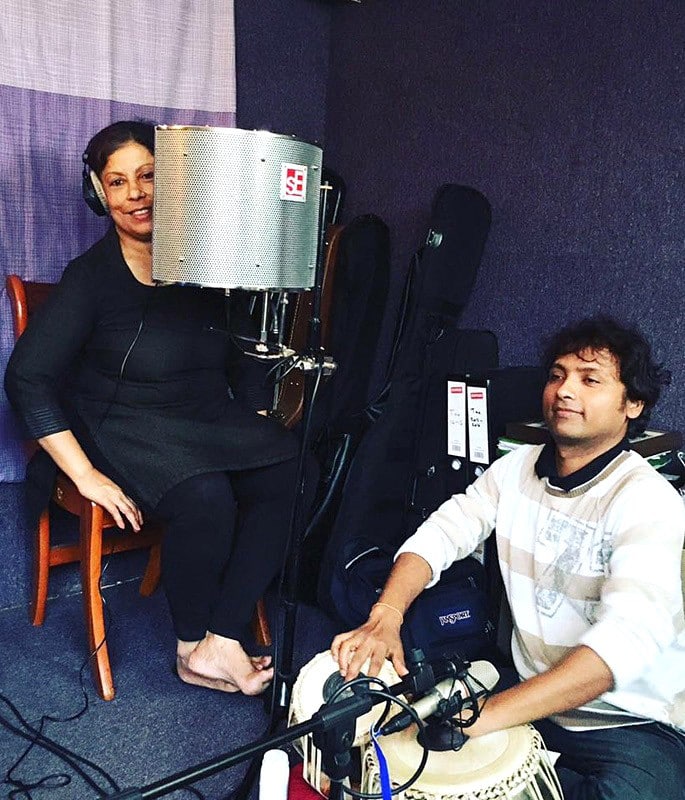 Sujata is a recipient of several awards and honours, including receiving an MBE in the 2019 New Years Honours List.

Speaking about being with conferred with an MBE, Banerjee tells DESIblitz:

“I am extremely happy to be recognised and also truly overwhelmed and humbled.”

“I have always believed in dance education and promoted it passionately but never thought that it would be recognised by the state with such an honour.

“To be honest, I feel lucky too, because there are so many artists who are doing wonderful work.

“It reinforces my belief to carry on doing your work sincerely – whether you are rewarded or not, at least you will be good at what you do.” 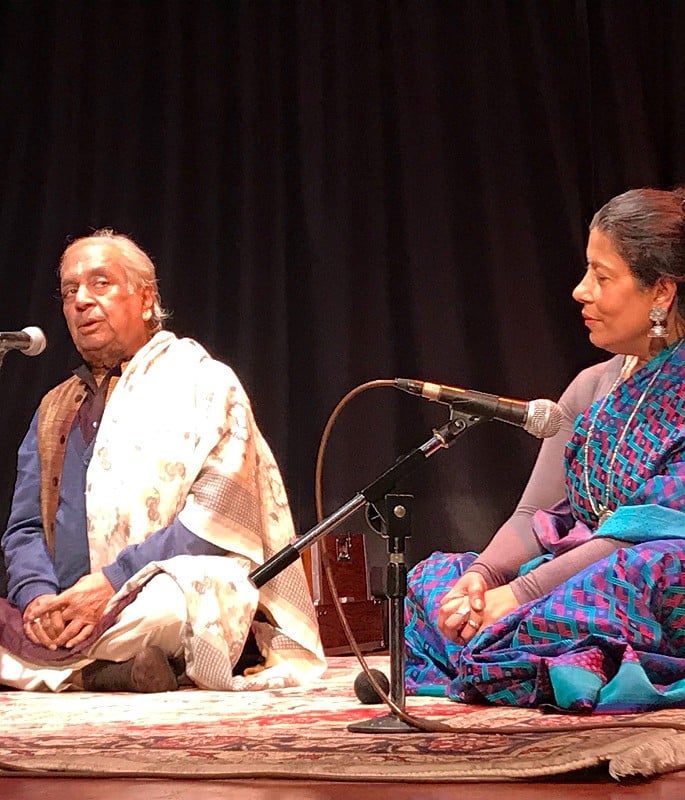 In addition to all the accolades and her vision, this wonderful artistic director and choreographer is also the founder of the Sujata Banerjee Dance Company (SBDC).

This is UK’s premier Kathak performance and teaching institution.

SBDC did present a performance by the famous Kathak maestro Padmavibhushan Pandit Birju Maharaj as part of the annual Hemantika Festival.

Whilst Sujata Banerjee is an experienced artist, she remains young at heart. Despite adopting with modern times, she strongly supports the cause of Indian dance.

Faisal has creative experience in the fusion of media and communication and research which increase awareness of global issues in post-conflict, emerging and democratic societies. His life motto is: "persevere, for success is near..."
Fawad Khan is a hit in PSL 4 Anthem ‘Khel Deewano Ka’
Yo Yo Honey Singh ‘MAKHNA’ is a Cuban Vibe Hit!