Shilpa Shinde is the Winner of Bigg Boss 11

Shilpa Shinde has won Bigg Boss 11, after a nail-biting finale on 14th January 2018! As she becomes the winner, Hina Khan is the first runner-up. Find out all the details here.

Shilpa Shinde has become the winner of Bigg Boss 11, presented with the show’s trophy and the cash prize of Rs. 44 lakh! The finale took place on 14th January 2018, held in Mumbai.

While she won the top spot, fellow fan favourite Hina Khan became the first runner-up. Vikas Gupta takes the spot of second runner-up and Puneesh Sharma as the third.

The finale itself was an exciting, vibrant event. Its highlights included host Salman Khan performing ‘Swag Se Swagat‘ with the four remaining finalists.

While Hina performed with ex-contestants Priyank Sharma and Luv Tagi, Shilpa and Vikas impressed with a musical depiction of their friendship.

In addition, Akshay Kumar featured on the reality show, accompanied by Sonam Kapoor to promote PadMan.

During the finale, Bigg Boss 11 had one final trick up its sleeve. Before revealing the winner, voting lines were open live for 10 minutes for fans to continue voting for either Hina or Shilpa.

Both contestants have garnered massive fan followings throughout the series. 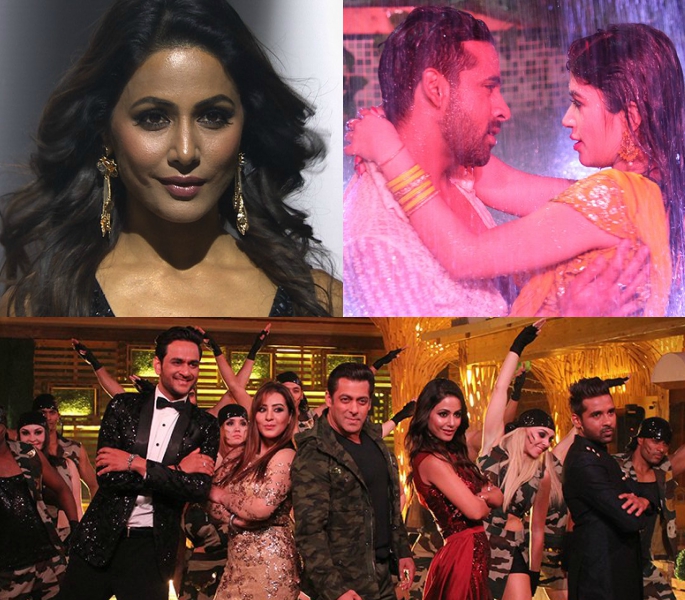 However, Shilpa arrived in the show as a controversial actress. Many will know her from Bhabhi Ji Ghar Par Hai! (2015-16), starring as housewife Angoori Bhabhi.

Throughout her career, she faced accusations of being arrogant. She also reportedly left Bhabhi Ji Ghar Par Hai! due to an alleged fallout with Vikas, who appeared on the series.

As a Bigg Boss 11 contestant, she won over many fans as she spoke about the accusations made against her. Indeed, her relationship with Vikas became a big talking point.

During the first weeks of the series, the two often argued. However, things turned around and they soon bonded, leaving viewers perplexed.

Speaking in her first interviews, Shilpa said of her win:

“Simplicity will always win. I am very happy that my audiences loved me. I have gone through a lot and there was a time when I thought everything was over.

“I never wanted to do Bigg Boss but they convinced me and today when I have won the show, it feels fulfilling. When I went to the mall, I saw people cheering for me and somehow I could sense that I might win the show.

“It was just confidence and not over confidence like everyone claims.”

Many of Shilpa’s fans took to Twitter to express their joy in her victory:

It wasn’t just any win, it was a HISTORIC win!!!! Congratulations #ShilpaShinde & every single supporter of hers – she walked away with the trophy for @BiggBoss season 11! #BB11Finale #BiggBoss11Winner #BB11WithAA ? pic.twitter.com/rCfFTiYZm4

With Bigg Boss 11 now finished, many will hope this will revive Shilpa’s TV career. We wonder what will lie ahead for her?

Until then, we can imagine the starlet is ecstatic to be this year’s winner.