Rubina Dilaik is the Winner of Bigg Boss 14

Rubina Dilaik has been crowned the winner of Bigg Boss 14 after a grand finale show which featured Nora Fatehi and Dharmendra.

Viewers of the show began to see her as a favourite

Lifting the coveted trophy and winning the prize money of Rs 36 lakhs, Rubina Dilaik has been declared the winner of Bigg Boss 14.

The TV reality show featured drama, hungama, romance, fights and lots of entertainment provided by the contestants of the Bigg Boss house for four and a half months.

The five contestants who made it to the finale were Rubina Dilaik, Aly Goni, Rahul Vaidya, Nikki Tamboli and Rakhi Sawant.

Rubina Dilaik is known for her acting roles on Indian television, as Radhika in Chotti Bahu and Soumya in Shakti – Astitva Ke Ehsaas Ki.

She entered the house with her husband Abhinav Shukla and her stay in the house, a determined one, was full of ups and downs. It was a real roller-coaster ride for her.

After being rejects as contestants at the launch, she and her husband were the final two to be finalised for the show. Abhinav Shukla was at the finale of the show.

During the show, she even had a disagreement with Salman Khan, the host of the show over the ‘samaan’ remark he made towards Rubina’s husband.

She was very hurt by this comment and had threatened to even leave the show expressing her disappointment with the Bigg Boss.

But it was her husband, Abhinav, who encouraged her not to be deterred and convinced her to stay in the race of the show. 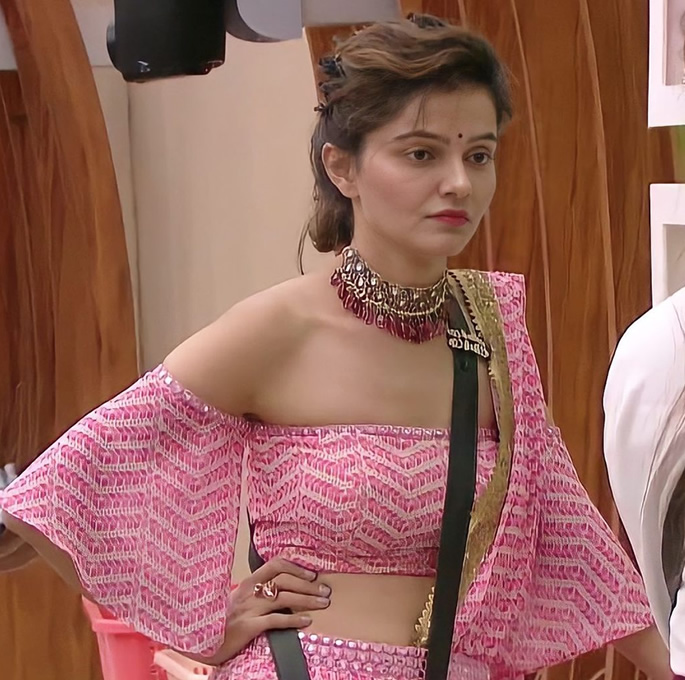 One of her most challenging phases in Bigg Boss season 14 was when she discussed her married life during the show. She revealed secrets about her difficult marriage to Abhinav, where she even contemplated divorce.

However, while being in the house together, their relationship improved vastly and they became closer as a couple.

Her husband celebrated Valentine’s Day with her towards the end of the show and he proposed to get married again to her with a white wedding which filled her with joy.

Rubina stuck to her guns and saw the challenges through, never giving up with a strong fighting spirit during the tasks.

She did not let shyness come in the way and was vocal, speaking her mind where she needed to. Fellow contestants and the host even criticised her for this behaviour. 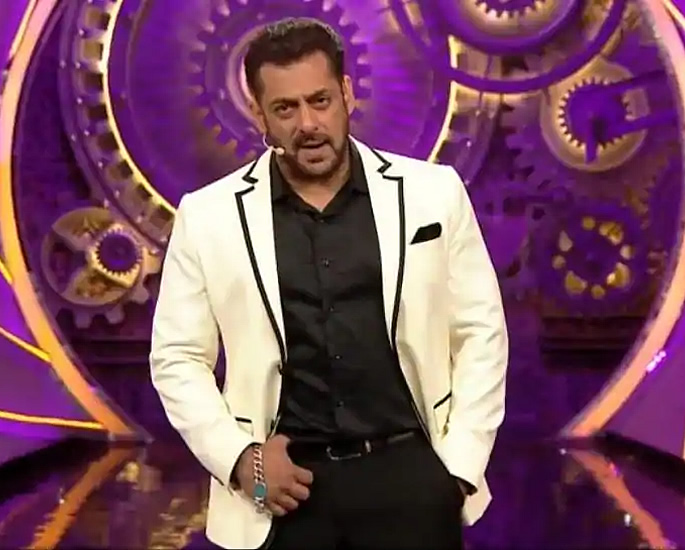 Although being accused of having a superiority complex, she did get praise from the likes of Sara Gurpal, Aly Goni and Nikki Tamboli for being a loving person.

Viewers of the show began to see her as a favourite and it was her strength in the show which shined as a quality that was loved by people despite the weekly flak from Salman Khan.

When drama queen Rakhi Sawant entered as a challenger, she definitely made sure she stayed in the spotlight in the show and put up her own fight. In the finale, Rakhi took 14 lakhs and quit the show before its end. 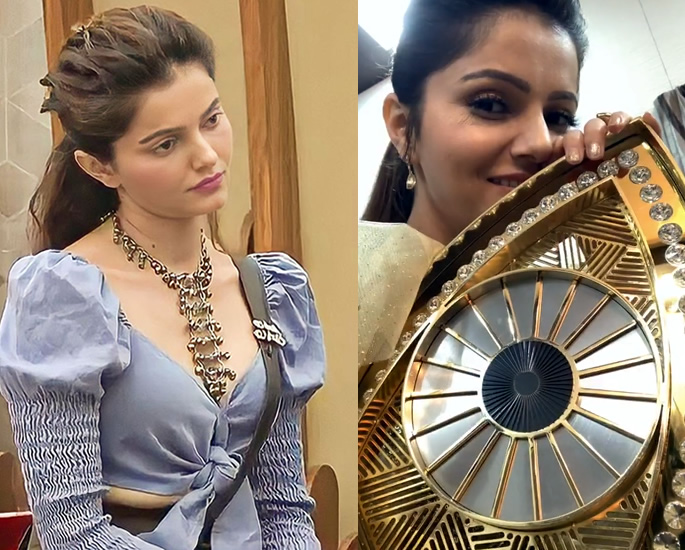 During the show, Rubina accepted her flaws and showed she could work on them in the show and demonstrated why she was the only contestant to be the deserving winner.

The television actress was overwhelmed with emotions when she found out she was the winner of Bigg Boss 14.

The finale had a mix of performances with ex-contestants. One featured a romantic number performed by Rubina and her husband Abhinav.

Salman Khan performed a dance with Nora Fatehi and Varun Dhawan to the hit song Garmi. Reports say that Salman fell during grooving to the song after he was seen moving down the stairs from the stage.

The show which is based on UK’s Big Brother format has grown to be a big favourite in India and like winners from previous shows, it’s likely we will see a lot more of Rubina Dilaik in new and different projects.

Nazhat is an ambitious 'Desi' woman with interests in news and lifestyle. As a writer with a determined journalistic flair, she firmly believes in the motto "an investment in knowledge pays the best interest," by Benjamin Franklin.
Kareena Kapoor & Saif Ali Khan welcome a Baby Boy
Bhagyashree Regrets giving up Bollywood Stardom