Just prior to her exit from the ‘Love Island’ villa, the comments made by medical student Priya Gopaldas led to multiple Ofcom complaints.

Former Love Island contestant Priya Gopaldas has left viewers furious following the controversial comments she made on the show.

The 23-year-old medical student left the villa shortly after, but not before her behaviour led to multiple Ofcom complaints.

During her stint on the show, Priya coupled up with model Brett Staniland shortly after he entered the villa.

However, Priya soon became unhappy in the coupling, and she voiced her feelings to the other girls.

While the boys cooked romantic dinners for the girls, Priya admitted that she felt like she was “zoning out” of her conversations with Brett.

She also said that if they were on a date outside the villa she would not see him again.

Shortly after this, Priya began to talk about Brett behind his back to the girls, and referred to him as “boring”.

“When we’ve been chatting before, I can talk to him for hours and hours.

Twenty-seven-year-old Brett was the last in the villa to find out Priya’s true feelings for him, and she soon apologised for the way she handled the situation.

However, despite the pair putting their differences aside, they were voted out of the villa for being the least compatible couple.

The ITV2 series received over 100 complaints as a result of the medical student’s controversial handling of the situation.

“Priya sabotaged a potentially genuine match when she gossiped about Brett behind his back.

“Brett was genuinely interested in her. Feel sorry for Brett. He was a nice guy.”

Another said: “SO glad we do not have to listen to Priya and Brett talk about running and cheese and the most boring convos I’ve ever heard.” 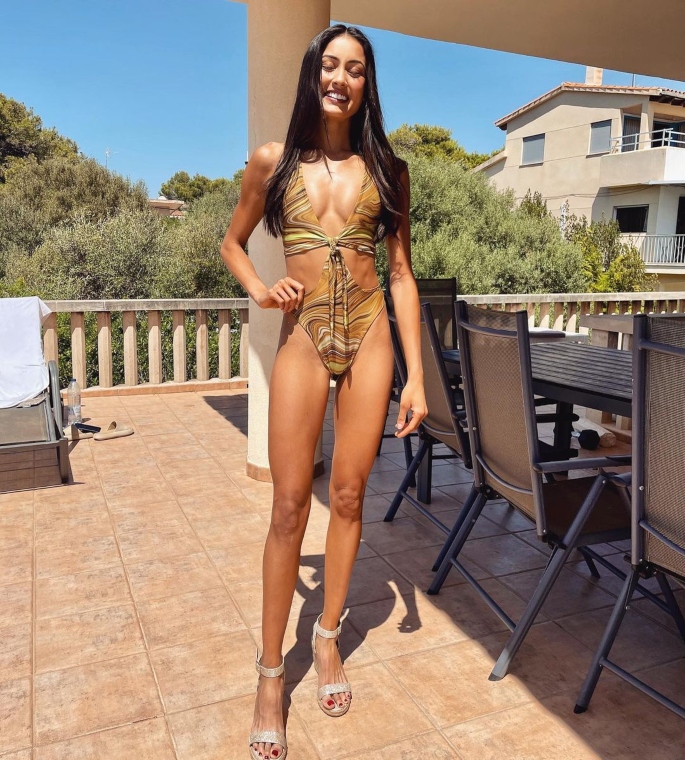 Priya Gopaldas is the second South Asian contestant to appear on the 2021 series of Love Island.

Singh continues to make headlines following her stint on Love Island and is currently facing racist abuse for her opinions on the show.

Recently, Shannon Singh took to Twitter to give her opinion on the show’s most compatible couples.

Surely I’m not the only one who actually thinks Teddy and Faye are actually really well suited? Probably the only real couple in there I think?? ( just an opinion) find the rest of the couples boring #LoveIsland

“Surely I’m not the only one who actually thinks Teddy and Faye are actually really well suited?

“Probably the only real couple in there I think?? (just an opinion) find the rest of the couples boring.”

However, Singh stated on Instagram shortly after that she received racist messages as a result of her tweet.

In a statement, she said:

“Guys because I’ve got an opinion on my Twitter of a compatible couple I’m now receiving trolling and racist abuse and people calling me h*lf breed and calling me all sorts cause I had an opinion OF A SHOW THAT I WAS ACTUALLY ON.

“All be 48 hours or not, actually really upset how people can stoop so low.”

“Proud of my ethnicity anyone being racist can f**k off.

“Pretty disgusting and I don’t even normally give these things the time of day but not having racial abuses thrown at me.”

Esha Deol “cut down” on Films to Focus on Personal Life
Suhana Khan to make her Bollywood Debut?