Priyanka Chopra has reacted to Billie Eilish’s Vogue cover. Find out what the actress had to say about the American singer’s shoot.

"I think I just stopped and stared for a second."

The American singer surprised everyone with her magazine cover earlier in May 2021.

The 19-year-old is regularly seen in baggy outfits. However, her shoot saw her rocking corsets, stockings and suspenders.

Many celebrities praised Billie’s look and now Priyanka has given her opinion on the singer’s transformation.

In an interview, Priyanka said:

“I think I just stopped and stared for a second.

“She looks unbelievable, she is so beautiful. (People should be) their authentic selves, whoever they are and whatever it means to them.

“That was so apparent in this cover – Billie being herself, in all her glory and that is what resonated with people.

“Her being her best self and she looked amazing.”

Billie Eilish shared several pictures from her photoshoot for British Vogue. On her new look, she said:

“Don’t make me not a role model because you’re turned on by me… My thing is that I can do whatever I want.

“It’s all about what makes you feel good.”

Billie Eilish made history when pictures of the photoshoot landed her six spots on the list of Instagram’s most-liked photos of all time.

With the singer-songwriter raking in millions of likes for the stunning photoshoot, she became the only celebrity to have six photos among the top-20 most liked photos of all time.

The photoshoot and a new book follow Billie’s upcoming album, Happier Than Ever. 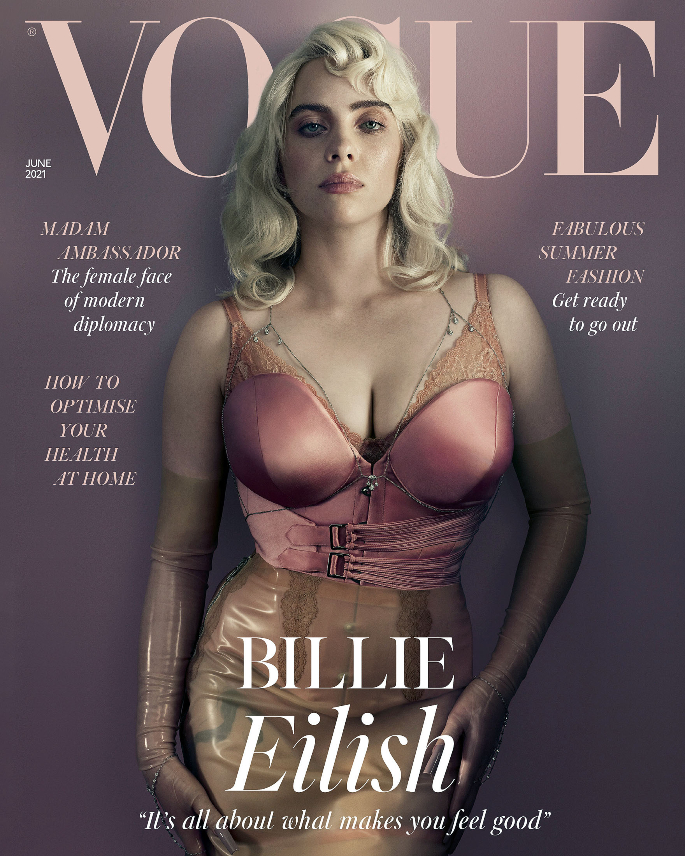 Meanwhile, Priyanka Chopra has been in London since 2020.

During her time in London, she filmed her upcoming romantic drama, Text For You.

She also promoted her Netflix film The White Tiger, and her memoir, Unfinished.

Priyanka will next star in the Amazon series Citadel. The show is executive-produced by the Russo Brothers, who are known for their work in the Marvel Cinematic Universe.

Away from films and TV, Priyanka also launched her New York restaurant.

Priyanka had announced the restaurant, saying it was something she poured her love for Indian food into.

Dhiren is a journalism graduate with a passion for gaming, watching films and sports. He also enjoys cooking from time to time. His motto is to “Live life one day at a time.”
Do British Asian Women still like Wearing Ethnic Clothes?
5 Stunning Crop Tops to Add to Your Wardrobe