Many South Asians opt for a more British look to their fashion as opposed to utilising their ethnic clothing. Is Desi clothing losing its charm?

Are we forgetting our roots?

It’s noticeable that there are more and more British South Asians ditching traditional ethnic clothing and opting for a more western look.

It seems many have adapted their lifestyle towards British culture and their wardrobe has done the same. Leaving behind the rich fabrics and vibrant colours.

In the past, many South Asian women in Britain wore traditional South Asian clothing. It was a normal sight in cities across the UK.

Salwar kameez and kurtas were at the forefront of everyday wear for especially for women, whilst sarees and sherwanis were worn on special occasions.

These beautifully crafted garments were worn by South Asians at a young age. Helping them identify closely with their heritage.

For example, children wearing sarees to their prom was a popular sight to see among British secondary schools.

However, South Asian clothing may be a diminishing trend. It is a cultural value that is seemingly being lost.

Compared to the past where it was pretty normal to wear them at home, as soon as you got in from work or school.

DESIblitz explores the reasons why ethnic wear may be going out of fashion for British South Asians, particularly women. 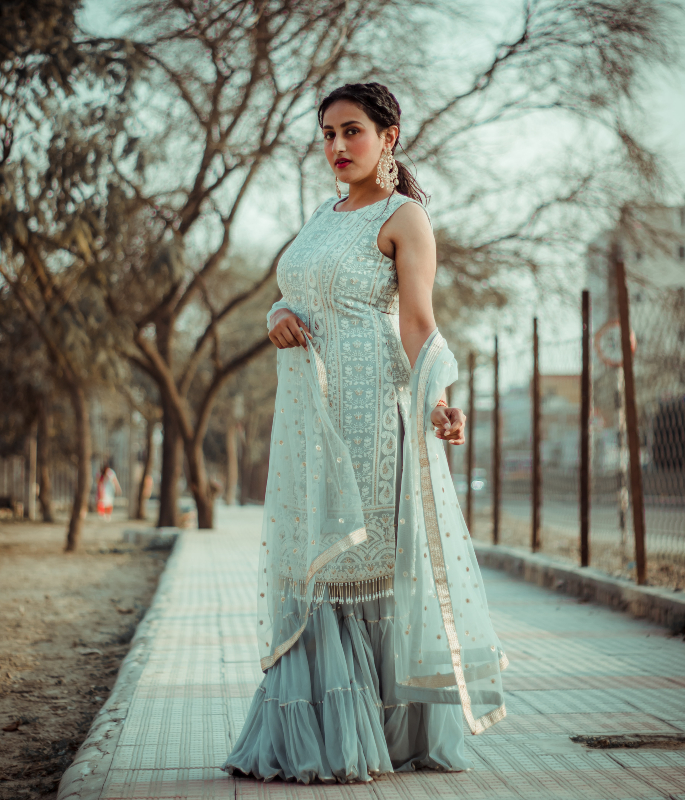 Living in the United Kingdom or any other western country is of course not the same as living in South Asian countries.

So, does this mean that British South Asian’s now feel less bothered to wear their traditional clothing daily any more?

Perhaps there is a fear that they will be mocked and made fun of, even by their own people. It’s not uncommon, and it certainly does happen.

Many South Asians may feel like the only way to fit into British culture is by giving up their associations with Desi culture.

It is no shock that some South Asians are insecure about their cultural background, they may think ‘I don’t want to stand out more than I already do’.

One does not imagine that wearing ethnic clothing in public eases this.

“I am proud of my culture and ethnicity.

“Personally, I wouldn’t feel comfortable going out wearing my ethnic clothes because it’s not the norm here and due to the stigma, that it still holds in the present time.

“I think that wearing what we would like should be normalised without ever feeling like the odd one out.”

Taaniya, has an opposing view and says:

“I feel like we should be proud of where we are from, who we are and our culture.

“We should feel free to wear whatever we are comfortable in, not be indecisive because it’s not a norm and to not feel threatened for embracing our culture.”

This shows that the desire to wear traditional clothing is present but South Asians are vigilant about how their clothing is perceived by others.

But others may argue, what does it matter what other people say? You should just wear what feel you want to wear.

Are South Asians Too Westernised? 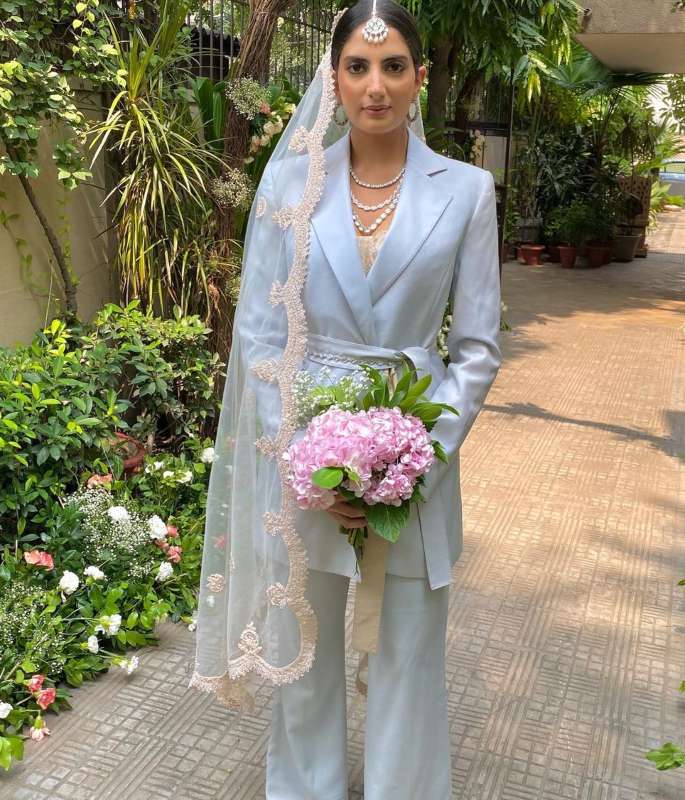 It is possible that living in Britain has made South Asian women so accustomed to the lifestyle, that ethnic clothing is simply not part of their lives anymore.

Times have well and truly changed. Not wearing ethnic clothing like salwar kameez has become very much normalised.

It is more acceptable for a South Asian woman to opt for a pair of jeans and a top, instead of salwar kameez when she goes out.

In the past, seeing this perhaps was not the norm, but it is undeniable that the South Asian community seemed to have progressed in acceptance.

But are we embracing too much of the western culture and neglecting our own? Are we forgetting our roots and heritage?

Weddings and parties have become a stomping ground for traditional wear but with a ‘modern twist’.

Sanjana explained her reasoning behind the outfit choice, saying:

“I have always thought there is something very powerful about a woman in a pantsuit.”

After experiencing a lot of trolling comments online, including Indian blogs that belittled her outfit, Sanjana stated:

“I realise that not all women, especially in India, are free to wear what they please.”

This is a major concern within the South Asian community, where progression is definitely needed.

It presents the reasoning as to why some South Asian women feel restricted because they constantly receive backlash from their own community. 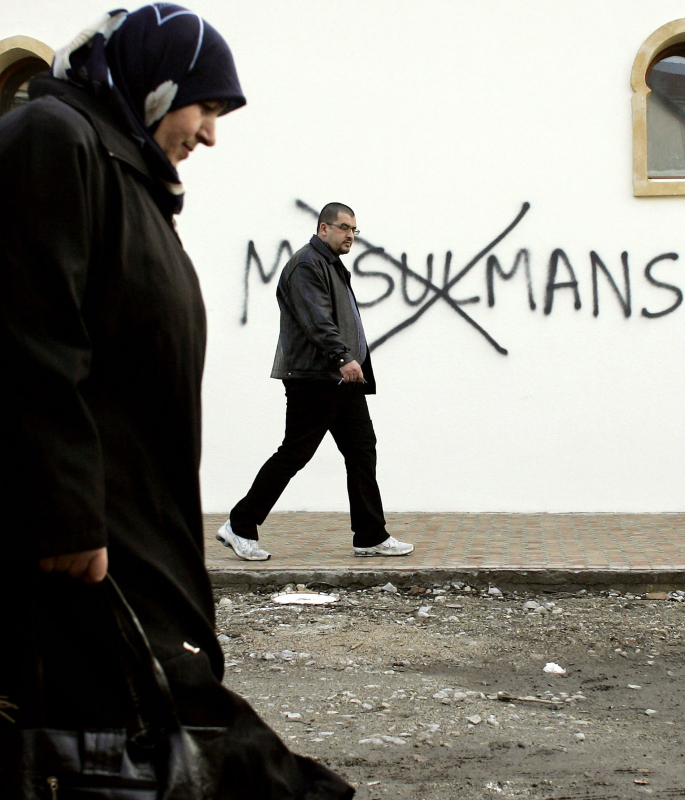 South Asian’s have faced racism in Britain for years.

With racist attacks dating back as early as the 1960s, if not earlier. They have unfortunately been subject to some of the most awful and derogatory words.

Women wearing traditional clothes in non-Asian areas would be often subjected to taunts and jibes related to how they dressed.

Leaving many of them traumatised to wear ethnic clothes in public. Hence, most wore them at home or within the boundaries of where they were not being judged for their attire.

The racist attacks were heightened after the terror attacks in the UK.

The London Bombings in 2005 and Manchester Bombing in 2012 are two examples of when hate crimes increased.

Such acts caused further problems among the South Asian community, who had to think twice about wearing traditional clothes out in public. This included men as well.

Hence, many may fear that wearing their traditional clothing in certain aspects of public life can provoke more racism towards them and their families.

This almost forces individuals from communities into abolishing their own culture because of tension and fear.

This lays a shaky foundation for future generations who may decide to raise their family in western wear as opposed to ethnic clothing. 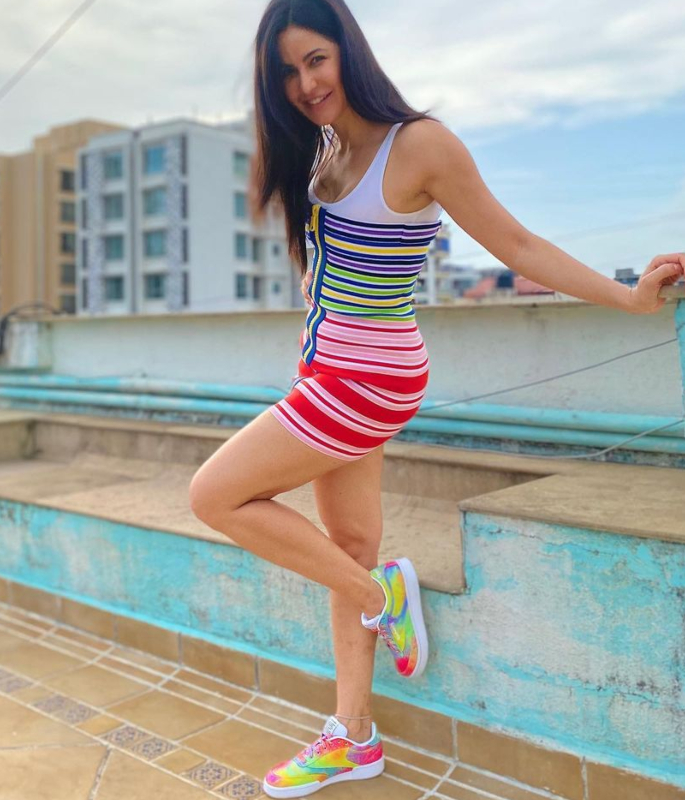 It is rare in the 21st century to see South Asian celebrities and influencers wearing ethnic clothing.

Even Indian media, for example, calls the clothing ‘ethnic’ Which is ironic since the clothing originates from India.

It seems the trend in fashion is directed more towards westernised clothing as opposed to traditional South Asian garments.

However, if South Asian celebrities are not wearing ethnic clothing as much, then what sort of message are they sending to fans and audiences?

Perhaps South Asian celebrities and influencers are ‘influencing’ people away from traditional attire.

Although British South Asian influencers like Bambi Bains and Amena Khan flaunt their beautiful traditional outfits, is this enough?

Because it seems to be like tokenism for ethnic clothing rather than a norm.

With social media at its most powerful, should South Asians not be encouraging one another to reignite their relationship with traditional clothes?

The only downside to social media is that styles and fashion can come across as trendy until the next trend comes along.

The vital point for ‘influencers’ is to signify the meaning of South Asian clothing and the traditions attached to the pieces.

Bollywood has always been a representation of the beautiful South Asian culture.

But the Indian film industry seems to have adopted an approach that shows off western attire worn by actresses far more than it did in the past.

Hence, Bollywood seems to have more of a Hollywood approach to its styling.

The implications of this are that it influences fans and viewers.

If the idols of South Asian society are not representing their culture with their clothing, then the impression it leaves with fans, is that they should do the same.

South Asian clothing and the beauty behind its fabric is less likely going to survive if this continues.

What About South Asia Itself? 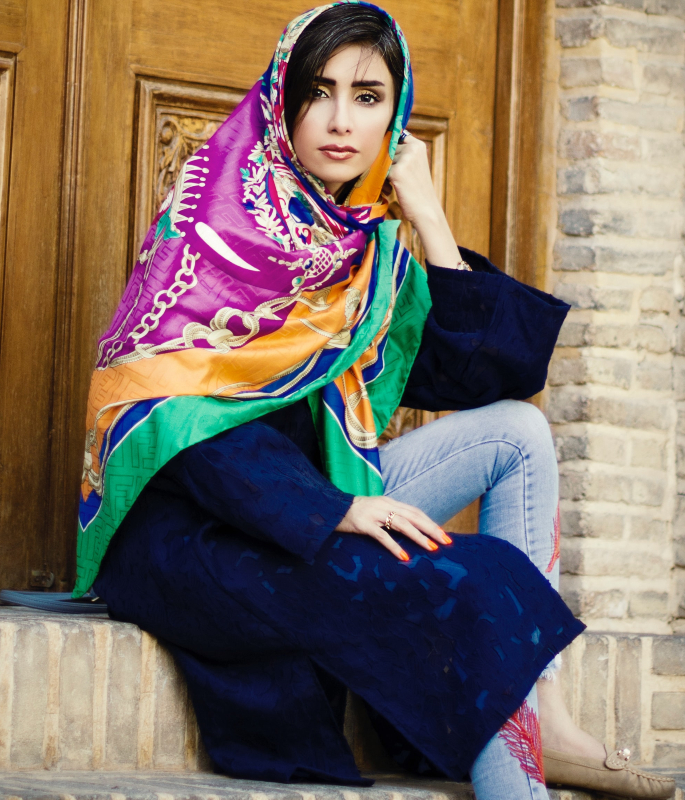 Similar to Bollywood, countries like Pakistan, India, and Bangladesh are seeing more westernisation and modernity in fashion.

Perhaps it is not just British South Asian’s who are moving on from ethnic attire, but communities are globally making a shift.

Although there is an argument that Desi clothing is still controversially being reinforced in South Asia.

A famous altercation between Bollywood actress Gauahar Khan and a man who slapped her in 2014 sent shockwaves through the world.

The man allegedly attacked the actress for wearing a “short dress”.

This view is limiting South Asian clothing. Garments can still be traditional yet western, modern yet modest.

This incident and many others on social media highlight how serious clothing is used to represent culture in South Asia but also shows how much South Asia needs to adopt change.

Bollywood actresses are often trolled for western wearing clothes of a western nature where they show more of their bodies.

The long-standing issue of gender inequality is highlighted through the control of what South Asian women should be wearing or not.

It illustrates the restraint on some women which forces them to adhere to traditional wear, even if they don’t want to.

It is this gender imbalance amongst some that creates doubt in South Asian women as to what to wear or not. 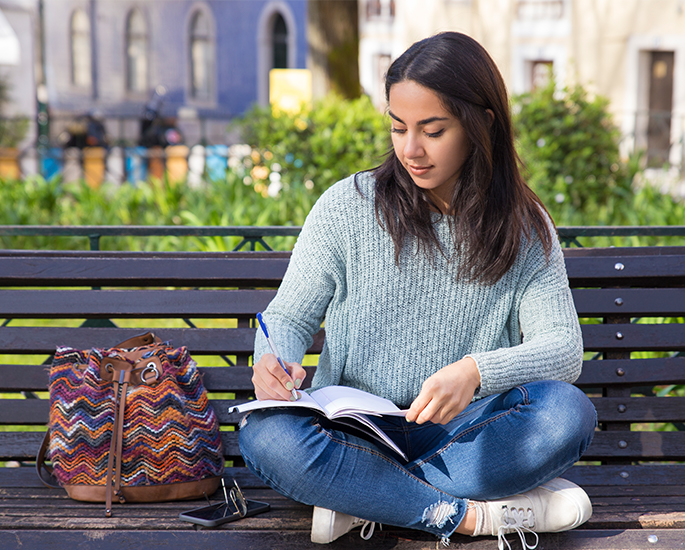 But on a casual basis, South Asian clothing is becoming quite a rarity and it seems that ethnic clothes are saved for special occasions.

Cities such as Bradford, Birmingham and Southall still possess South Asian communities that wear ethnic clothing on a daily basis.

The ethnic clothing shops in these cities are still doing business and are selling traditional clothes.

But it seems that their customers only now seem to shop more for special occasions.

Many fashion brands have showcased their fusion of British and South Asian styles for wedding and party outfits.

With brands like ASOS introducing ethnic collections. Albeit getting them wrong as well.

Western styles of casual wear have definitely increased from loungewear to simple attire to slip on quickly before going out.

However, there has not been the same progression portraying how to stylishly wear South Asian garments for errands or shopping.

South Asian casualwear could very well be an avenue for fashionistas to explore.

Wearing ethnic clothing in the Britain of today can be tough for those women who are now wearing western clothes most of the time.

But it should be important for British South Asians to embrace the beauty of their culture and represent it without shame or fear through their clothing.

It is the unique designs of South Asian garments, which appeal to a more western audience.

However, to promote and encourage the production and distribution of these beautiful pieces, British South Asian communities can support South Asian designers from Sri Lanka, Bangladesh, Pakistan etc.

This will help local, hardworking designers to build a platform and reach consumers across the world.

Moreover, prompting a more diverse understanding of the craft, beauty and culture of South Asian clothing. Which will help South Asians indulge and proudly wear ethnic pieces in western society.

Halimah is a law student, who likes reading and fashion. She's interested in human rights and activism. Her motto is "gratitude, gratitude and more gratitude"