Popular singer Papon, who appears on Voice India Kids, face accusations of sexually assaulting an underage girl. A Facebook Live video appears to depict him kissing the minor, which left her stunned.

"To show affection for an 11-year-old child who I have been mentoring for a while now is not an alien concept for me."

A complaint has been filed against popular Indian singer Papon, accusing him of kissing an underage contestant from Voice India Kids. The alleged moment appeared on a Facebook Live session.

The viral video shows him celebrating Holi with the contestants of the show, for which he acts as a judge. In the footage, he applies gulal (colour) on an underage female contestant and then reportedly kisses her forcefully.

Images of the complaint latter have been released, which revealed how Bhayan felt “shocked” at watching the video. The letter reads: 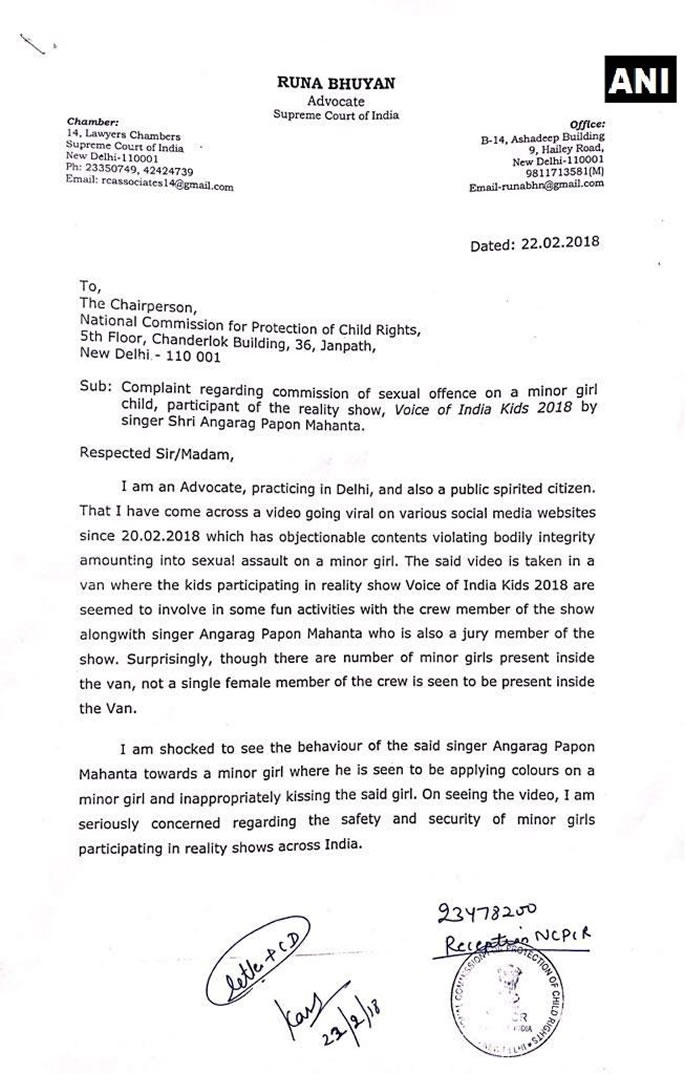 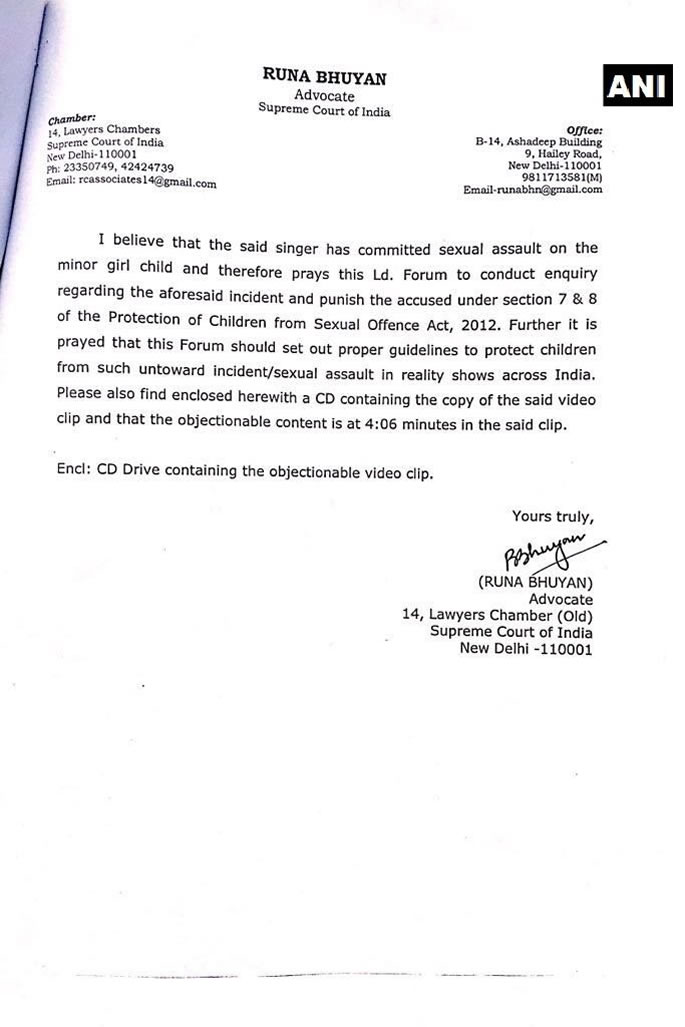 However, the girl’s father responded to the accusations and claimed that the incident was more of “a moment of affection”. He suggested that Papon’s actions were accidental, saying:

“What you saw in the video is not intentional. It was just a moment of affection that is being portrayed otherwise. I would request and urge the media to not pursue this further.”

On the morning of the 23rd February, the singer took to social media to release a statement about his actions. He apologised but claimed he acted spontaneously in the video and said:

“I am an extremely affectionate and expressive person. That is the way I have been brought up and that’s how I have always been with people close to me or people I care about. To show affection for an 11-year-old child who I have been mentoring for a while now is not an alien concept for me. ”

The ‘Moh Moh Ke Dhaage’ singer also states that if his actions were questionable of ill-nature, he wouldn’t have promoted the video on Facebook.

“Please do remember that it a video on my own Facebook live and stop for a moment and at least wonder why I would myself promote a video where I am ‘apparently’ doing all the unmentionable things that I am being accused of.” 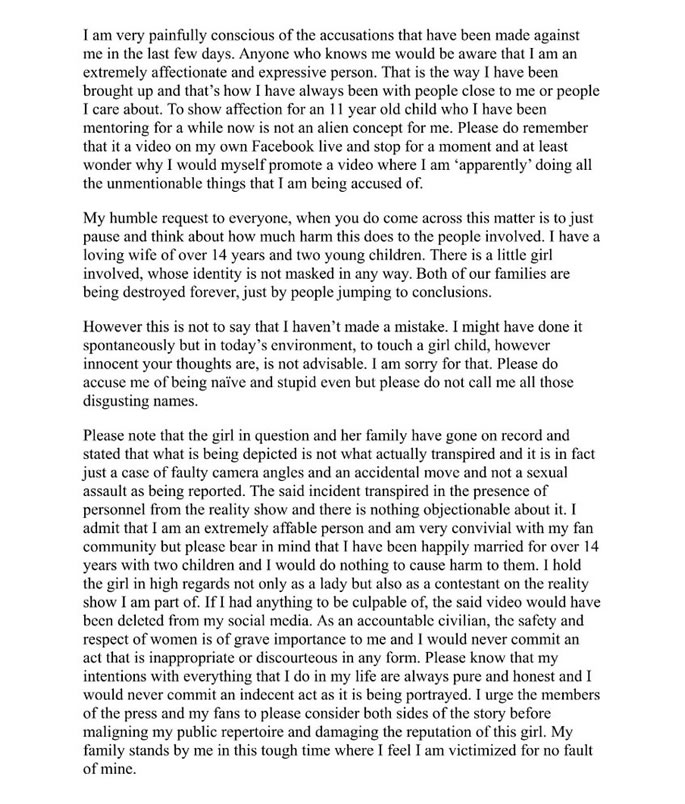 Since the complaint, social media has been buzzing with comments on the singer’s indecent behaviour. Asking his fans to consider both sides, Papon said:

“Please know that my intentions with everything that I do in my life are always pure and honest and I would never commit an indecent act as it is being portrayed.

“I urge the members of the press and my fans to please consider both sides of the story before maligning my public repertoire and damaging the reputation of this girl. My family stands by me in this tough time where I feel I am victimized for no fault of mine.”

Runa Bhayan still stands by her words and complaint. It appears then we will have to wait until further court notice.