Shah's friend advises him to make a song on Alia

Muhammad Shah is making waves in the Pakistani rap scene.

In his new rap video, he dedicates the song to Alia Bhatt.

Alia has reacted to the rap video of Pakistani rapper by writing “Bohut Hard” followed by fire emotions.

Alia often interacts with her fans via her social media, and she couldn’t resist but to applaud the effort of the Pakistani rapper.

Muhammad Shah expressed his fondness for Alia Bhatt in the rap song of his ‘What If’ series.

The music video starts with the rapper sitting with his friend with a chessboard in between.

His friend rolls the dice and then moves the king, despite there being no connection between dice and chess.

However, the friend goes on to give Shah some advice on what content will get him attention.

Shah’s friend advises him to make a song on Alia and Shah obliges.

Taking to his Instagram handle, Shah raps while referencing some of Alia’s characters she has played in various films.

Shah also included the names of Alia’s hit films like Raazi,  Student of the Year and Highway.

In the song, Shah also tells Alia that he wants to talk to her directly. He doesn’t want a lot, just to get to know her better.

He tells Alia to come closer but Shah is careful of the coronavirus and he doesn’t want her to come too close.

It seems the advice of Shah’s friend worked and he has actually managed to get some attention. 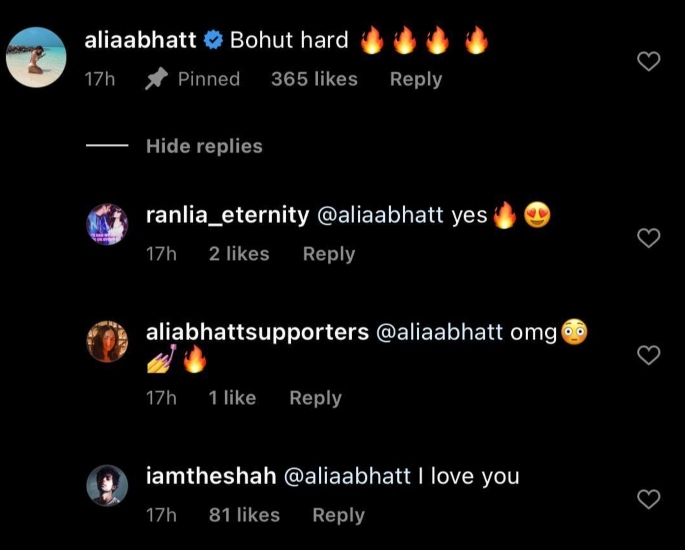 Alia’s fans soon noticed the conversation and were gushing over the actress’ interaction with the rapper across the border.

At the end of the music video, the friend again reminds the Pakistani rapper that Alia has a boyfriend.

He advises the rapper to try making a song for Janhvi Kapoor instead.

In the past, another Pakistani rapper made a rap video about Pakistani actress Hania Aamir.

Shah’s fans are now waiting for the possible upcoming rap video that is dedicated to Janhvi Kapoor.

Shamamah is a journalism and political psychology graduate with a passion to play her part to make the world a peaceful place. She loves reading, cooking, and culture. She believes in: “freedom of expression with mutual respect.”
A R Rahman’s advice for Ehan Bhat ahead of ’99 Songs’
Chris Gayle’s Hip-Hop Track reaches No.1 in Indian Charts