Janhvi Kapoor flaunted her figure in a fiery red thigh-high slit strapless dress on Instagram and fans loved her look.

"Red colour looks so good on you."

Fans went wild for Janhvi Kapoor as she stunned in a red hot dress.

In the pictures, she wore a red strapless dress with a thigh-high slit, accentuating her figure.

She opted for beige, strappy heels and accessorised her outfit with diamond earrings.

Alongside the sultry pictures, Janhvi wrote:

“Cherries in the spring.” 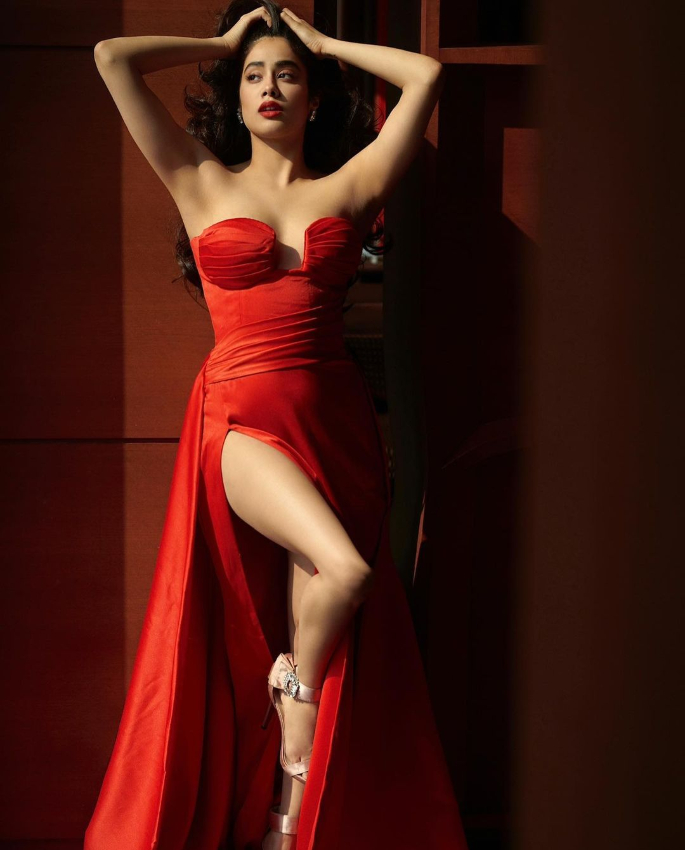 Naturally, netizens loved Janhvi’s glamorous look and let her know what they thought in the comments section.

One netizen stated how red suited the actress, writing:

“Red colour looks so good on you.”

Many other followers filled the actress’ comments with fire and heart emojis.

Janhvi Kapoor is coming off the success of her new horror-comedy Roohi. 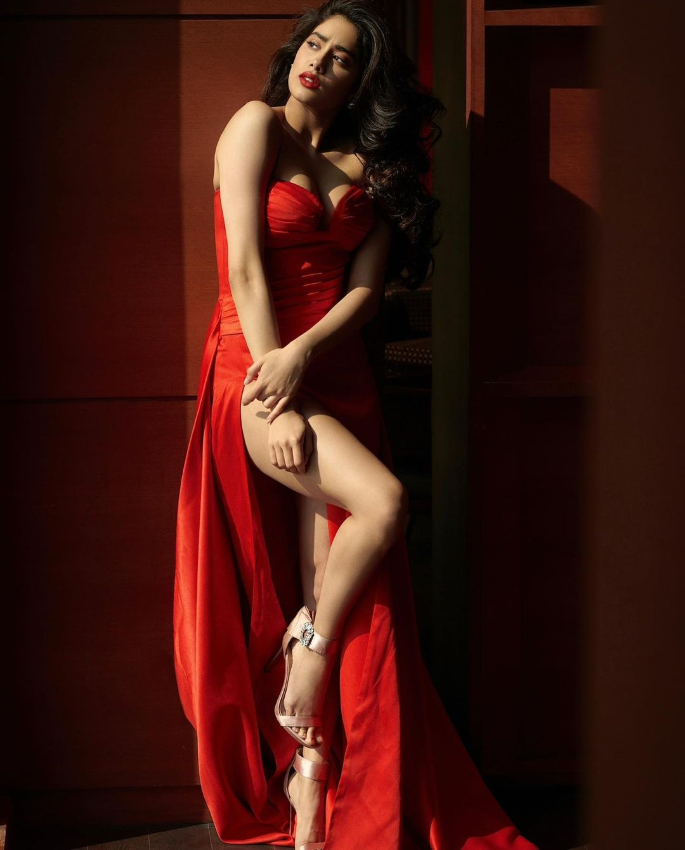 It has made over Rs. 12.5 Crore (£1.2 million) at the box office, making it the most commercially successful opening for a Hindi film since Indian cinemas were allowed to reopen at full capacity.

The film is directed by Hardik Mehta and it also stars Rajkummar Rao and Varun Sharma.

Throughout the lockdown, Janhvi Kapoor remained active, starring in Gunjan Saxena: The Kargil Girl which went straight to Netflix.

Janhvi’s next film, Good Luck Jerry, is the Hindi adaptation of the 2018 Tamil film Kolamavu Kokila.

She will also resume filming Dostana 2.

On the film, she said: “It has been fun. We shot for about 25 days. Over a year ago, actually, and I really enjoyed it.

“I am looking forward to getting back on set. It has been a good experience working with Kartik.”

“Like I said, it is a fun film, and he does humour and comedy extremely well.”

In an interview with Hindustan Times, Janhvi participated in a rapid-fire question and answer session and she revealed that she once rejected a boy for a Spanish test.

Janhvi made the revelation after she was asked about the strangest excuse she had made when rejecting a boy.

She recalled: “I think at one point I had said, ‘No, my exams are coming up, I can’t concentrate on anything else’.

“And then, I missed my exam also, some Spanish test it was and I said, ‘No, I need to concentrate on my Spanish test,’ and I ended up travelling and I forgot about the Spanish test.”

Dhiren is a journalism graduate with a passion for gaming, watching films and sports. He also enjoys cooking from time to time. His motto is to “Live life one day at a time.”
7 Best Trainers to Wear with Your Dresses
House of iKons February 2021: A Fashion Film Hit