Shehnaaz Gill turned up the glamour in an Instagram video as she wore a satin red dress for a series of poses.

Another called her the "most beautiful woman".

Shehnaaz Gill showed why she is adored by her fans as cut a glamorous look in a satin red dress.

In an Instagram video, the actress posed in a satin red dress by clothing brand It Girl.

The backless dress showed off Shehnaaz’s toned legs and figure as she strutted her stuff while a remix of ‘Senorita’ by Camilla Cabello and Shawn Mendes played in the background.

She accessorised her sultry look with long silver earrings and nothing else to put the emphasis on her dress.

Shehnaaz’s heels were from Zori World. The silver heels featured a clear strap. 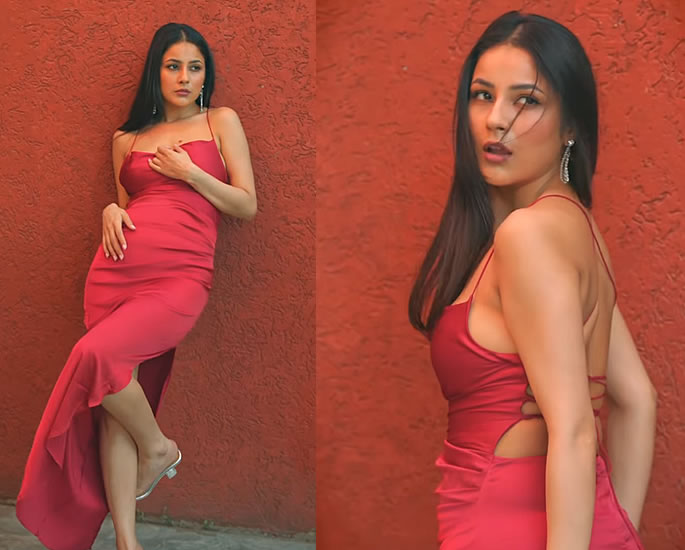 Meanwhile, her makeup was kept to a minimum to give Shehnaaz a natural look. She also sported sleek straight hair.

She exuded oomph and fans took to the comments to express their appreciation for her beauty and confidence.

Another called her the “most beautiful woman”.

Several described Shehnaaz as “hot” and “sexy” while some called her “Senorita”.

Many dropped fire and heart emojis in the comments. 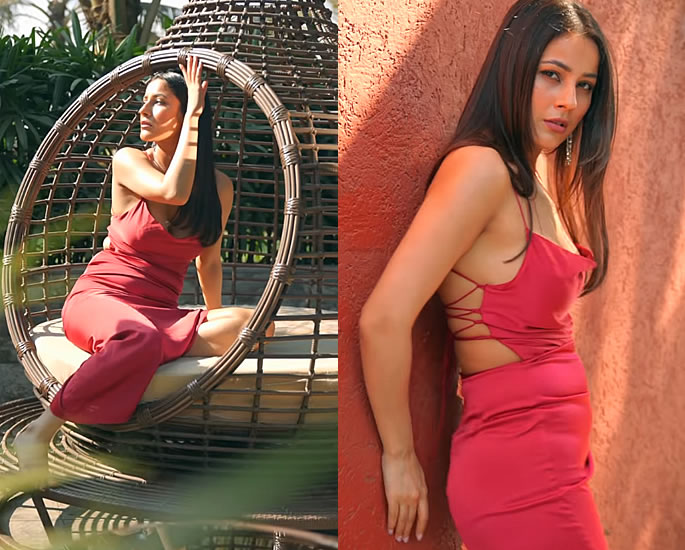 Shehnaaz Gill recently made her catwalk debut at Ahmedabad Times Fashion Week and was a showstopper as she walked the ramp for designer Samant Chauhan.

Shehnaaz looked like a beautiful Indian bride as she wore a traditional red lehenga that was adorned with gold embroidery.

She exuded regal grace as she accessorised her look with standout rings, bracelets and earrings.

Despite the event being Shehnaaz’s ramp debut, the actress was a natural, walking the ramp gracefully to a chorus of cheers.

She posed for the cameras before walking back up the ramp.

But her showcase continued as she gave a twirl and covered her face with her hands while the late Sidhu Moose Wala’s ‘Sohne Lagde’ played in the background.

A source had said Shehnaaz joined the cast after Salman approached her himself to be a part of the film.

She had also expressed her desire to star in a women-oriented film, stating that she will consider her solo lead as her “first” film.

Shehnaaz said: “Whatever film I get, it should be women-oriented because women are the strongest.

“I will consider a film my own only when I am the only one leading it.”

Dhiren is a journalism graduate with a passion for gaming, watching films and sports. He also enjoys cooking from time to time. His motto is to “Live life one day at a time.”
10 Top Virtual Fashion Influencers to Follow
Mia Khalifa turns up the Heat for Playboy in One-Piece