Shehnaaz Gill turned into a queen for a new photoshoot. She slipped into a one-shoulder dress and teamed it with bold glam picks.

"Paint the Sky. Make it yours."

Shehnaaz Gill is causing a storm on the internet, once again, by sharing pictures from a new photoshoot, and her fans cannot keep calm.

On April 23, 2022, the star posted several photos on her Instagram page that showed her casting a spell with her gorgeous look.

It showed her striking poses for the camera, dressed in a colourful one-shoulder gown.

Shehnaaz captioned her post: “Paint the Sky. Make it yours.”

Shehnaaz’s look for the photoshoot features the star in a colourful one-shoulder ensemble.

It comes adorned with multi-coloured patterns in pink, blue, red, purple and many more shades.

The dress is from the shelves of designer Nidhi Yasha’s clothing label.

The Bigg Boss 13 contestant styled her colourful look for the sun-kissed photoshoot by opting for bold yet minimal glam picks.

She tied her locks in a sleeked back and centre-parted ponytail. 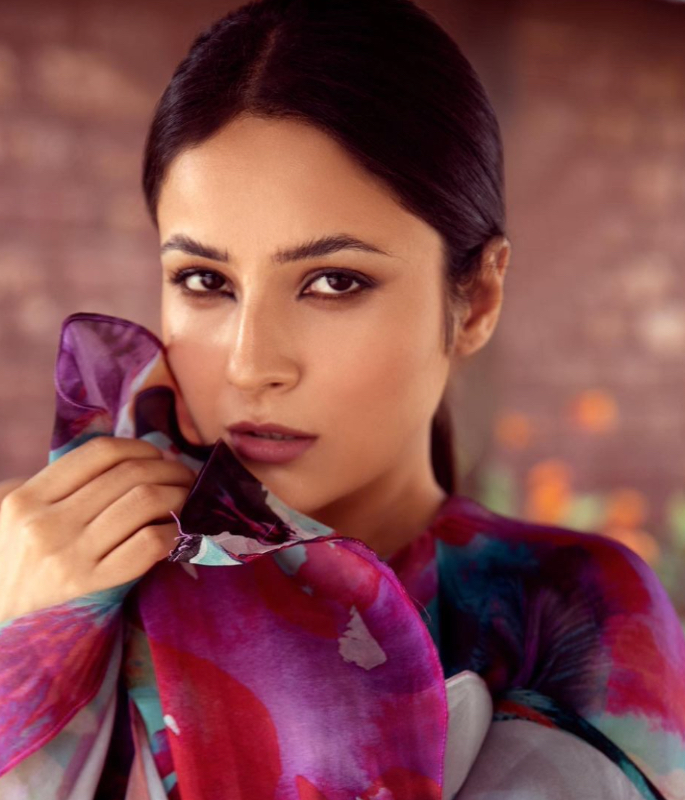 After Shehnaaz Gill posted the photos, it garnered several likes and comments from her followers.

Her fans also flooded the comments section with praises.

One user wrote, “So so gorgeous.” Another commented, “Beautiful as always.”

Earlier, Shehnaaz had charmed her followers with another bewitching photoshoot.

It showed the star in a trendy knit off-white sweater and black sequinned skirt. 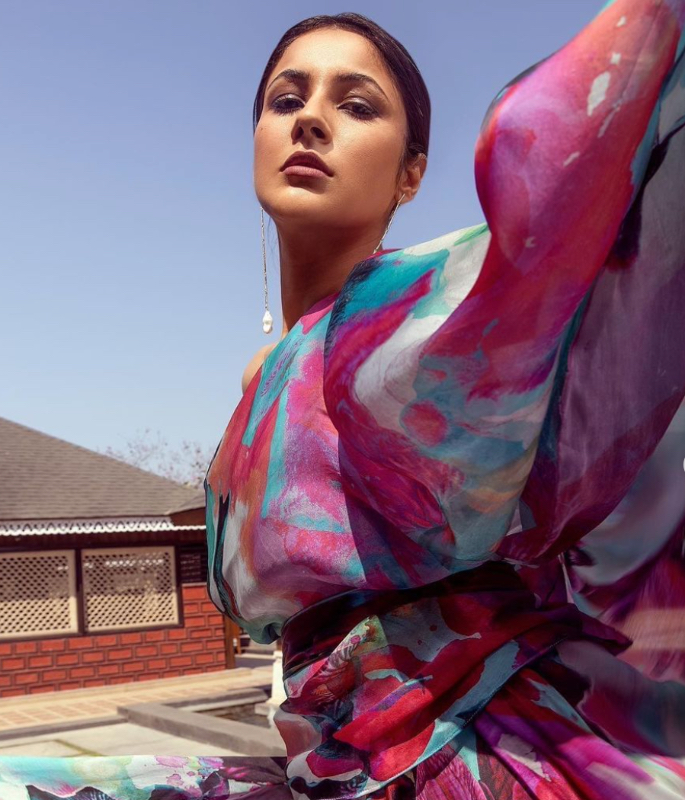 She had captioned the post: “Style is not a display of wealth but an expression of imagination and mood.”

Recently, when she attended Baba Siddiqui’s Iftaar party for the first time, many reports suggested that it was Salman Khan who took her best care at the event and made sure that she was comfortable.

However, Shehnaaz says that she isn’t that close to the actor.

In Tanmay Bhatt’s show Tanmay Reacts, Shehnaaz Gill mentioned that people think she’s very close to Salman and that they must have met personally many times but that’s not the truth.

The actress added that she has only met him at his chalet.

The film came out in 2021. Recently, the star made a guest appearance on the talent hunt show, Hunarbaaz: Desh Ki Shaan.

Ravinder is a Journalism BA graduate. She has a strong passion for all things fashion, beauty, and lifestyle. She also likes to watch films, read books and travel.
Why is #BoycottMalabarGold Trending?
Urfi Javed goes Topless with Risqué ‘Flower’ Outfit