Brands have tapped into the metaverse with NFTs, and virtual fashion influencers are the next area that is growing popular.

Her posts are similar to those of any fashion influencer.

From NFTs to virtual fashion shows, the term metaverse is becoming increasingly popular.

The exact meaning can be worded as a reality that is alternative to ours. Or simply put, it is a digital reality.

And while in our actual reality, the power of influencers is greater than ever, they are also starting to exist in our digital reality.

Since the launch of ‘Lil Miquela’ in 2016, a variety of digital influencers have shown up, their numbers becoming increasingly large in the post-pandemic era.

The fashion industry is always going steady with the trends. It hasn’t failed to walk hand in hand with the metaverse.

Popular brands have already started profiting from digital influencers. In 2019, Calvin Klein teamed up with Bella Hadid and Lil Miquela for a campaign.

Though this campaign ended up bringing in a lot of negative attention, as it was being accused of queer-baiting, it garnered a lot of engagement.

Tiffany & Co. partnered with a metaverse character by the name of Ayayi, to promote its Knot Collection.

The rise of virtual influencers is synonymous with digital fashion, which has also been rapidly rising since 2020.

Therefore, without any further ado, DESIblitz presents the top 10 virtual fashion influencers you need to follow. 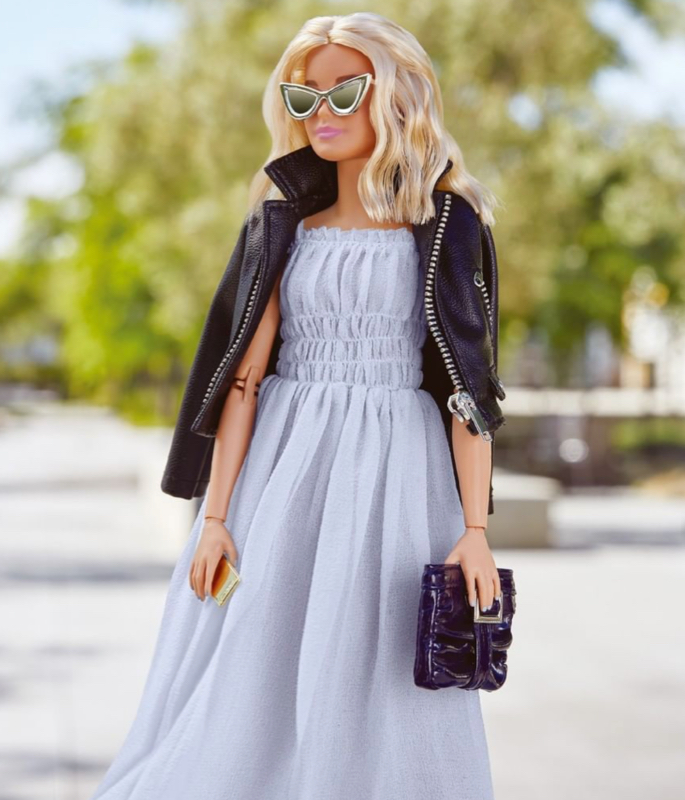 Barbie needs no introduction. It was only a matter of time before this blond-haired beauty from the late 1950s took to social media to dazzle more fans.

Her biggest following is on Facebook, but she also has huge followings on other platforms, particularly on YouTube where she assumes the role of a vlogger. 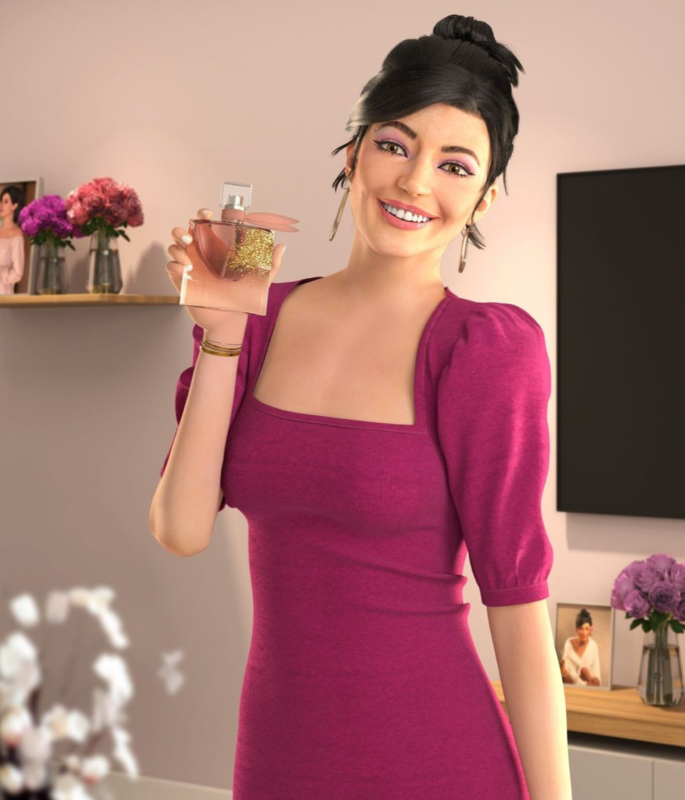 In 2020, Lu do Magalu was the most followed virtual fashion influencer. Currently, she is also the virtual human with the most visibility in the world.

Though, her fame and reach are mostly limited to Brazil from where she originates.

She made her first appearance more than a decade ago on behalf of Magazine Luiza, one of the biggest retail companies in Brazil, to market iBlogTV on YouTube.

Since then, she has been featured in product reviews, and unboxing videos and she has also shared software tips on behalf of the retail giant. 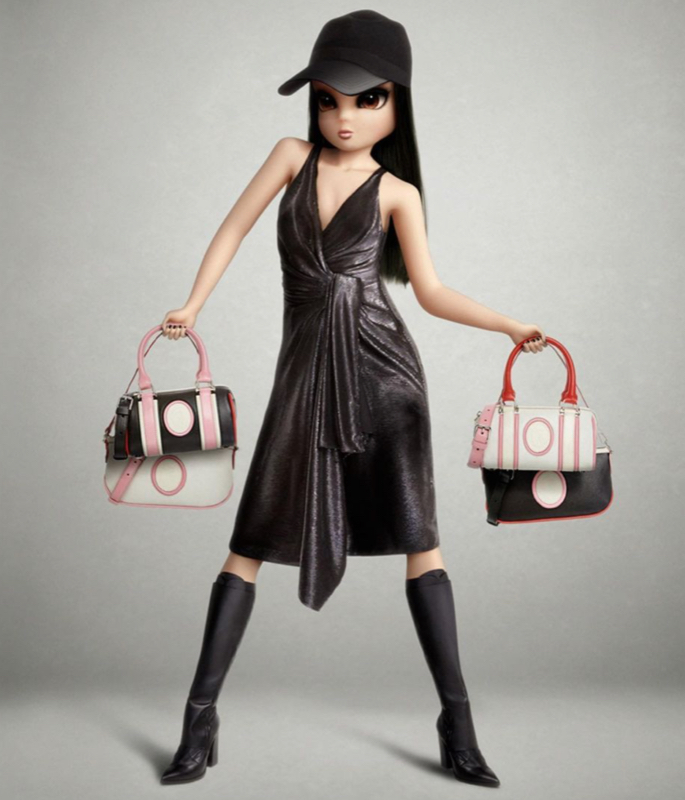 Noonoouri was created by Joerg Zuber, the founder of Opium Effect, a creative agency in Munich, Germany.

The 19-year-old digital character has taken the fashion industry by storm and has worked with the majority of top luxury fashion brands including Lacoste, Versace, and Bulgari.

While her goal is to entertain, she also aims to inform her audiences about various social causes.

She is much more than just a digital character. She is also a vegan who publicly supports sustainable fashion.

She mostly uses Instagram to reach her 403,000+ followers. Alternatively, you can also follow her on TikTok where some of her videos have received more than 50,000 likes. 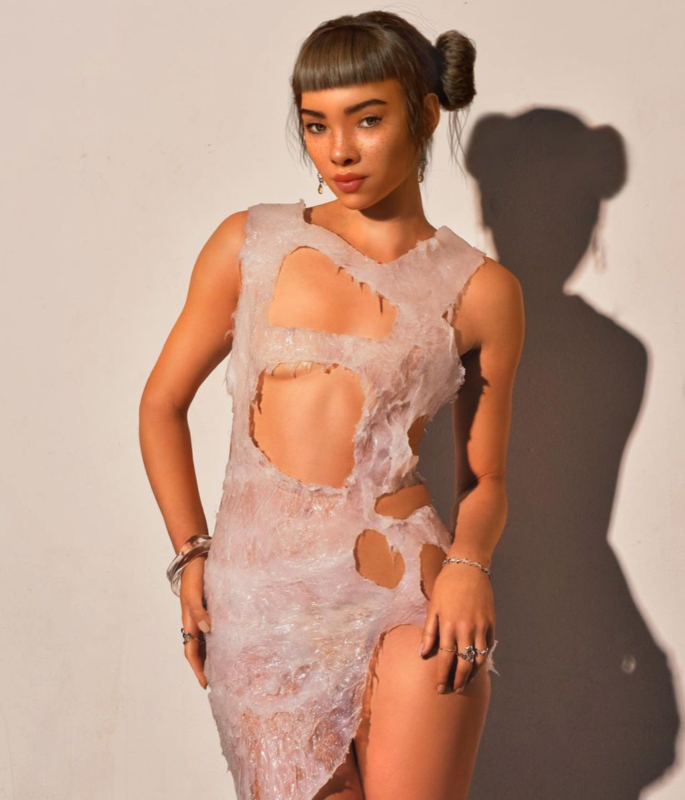 Miquela Sousa, better known as Lil Miquela, is a virtual robot model who has worked with some of the top fashion brands like Prada, Dior and Calvin Klein.

She also released one single, ‘Not Mine’, in 2017 and debuted her first music video, ‘Hard Feelings’, at Lollapalooza’s online festival in 2020.

This freckled Brazilian-American beauty was created by Brud, a start-up based in Los Angeles. 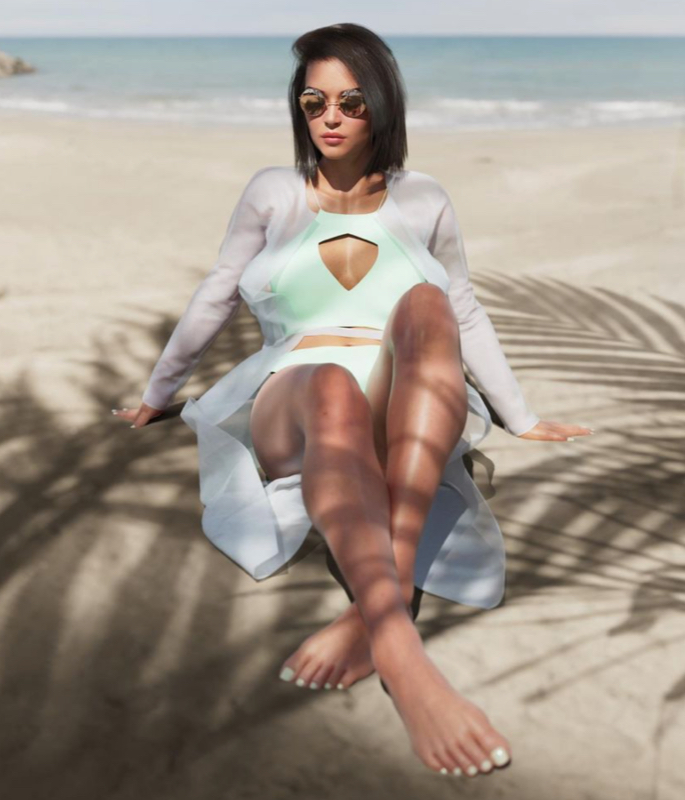 India’s first virtual influencer Kyra is a 22-year-old from Delhi, who loves travelling and modelling.

While in some videos the virtual influencer provides travel goals to her 113,000 followers, others show her enjoying meals or doing yoga by the poolside.

Her posts are similar to those of any fashion influencer, doing photoshoots in picturesque views and heritage sites. 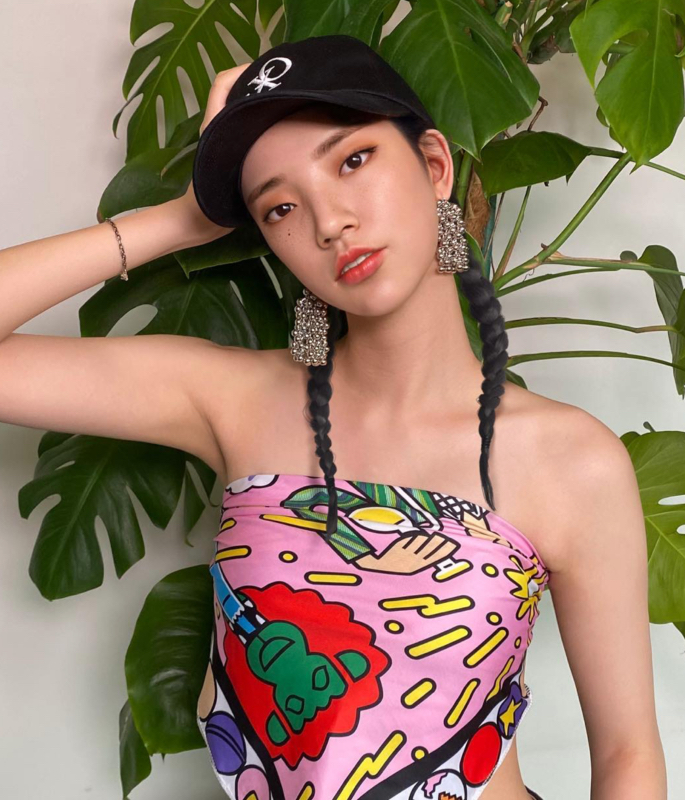 Introduced as a 22-year-old fashionista who loves jogging, yoga and travelling the world, Rozy’s Instagram profile has over 128,000 followers.

She is a brainchild of Sidus Studio X, a production company which specialises in commercials, animation, film and video characters.

Rozy has starred in advertisements and is signed for eight exclusive contracts.

At present, Rozy can pose for photos and shake a few moves for videos. But there are bigger plans of releasing Rozy’s voice and even casting her in films and entertainment shows. 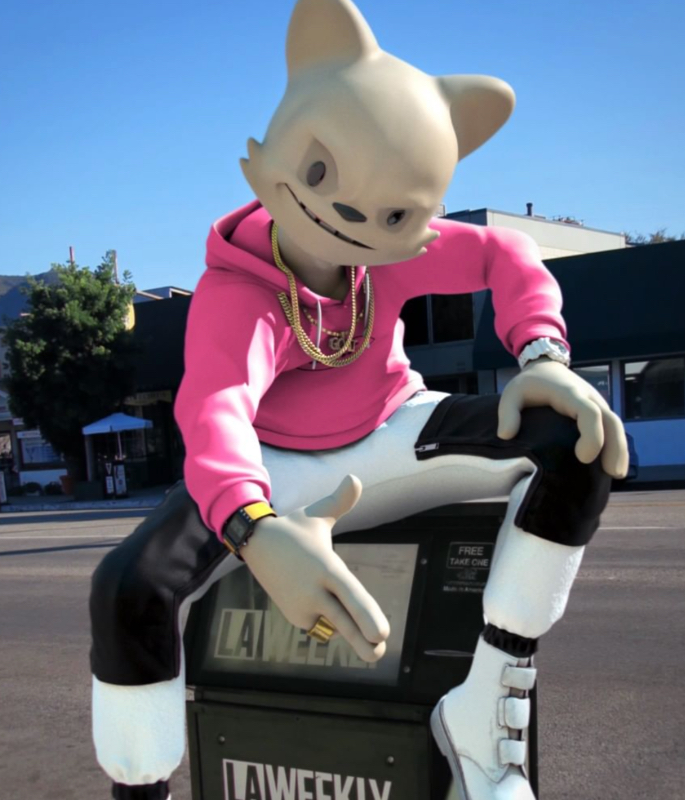 Janky is brought to you by Superplastic, the same creators behind Guggimon.

Originally from Los Angeles, this part-time cartoon stuntman first made his appearance in June 2019.

His brand mentions include big names and luxury brands like Tinder, Prada and Red Bull.

In the little over a year that he has been around, he has already gained more than 1 million followers on Instagram. 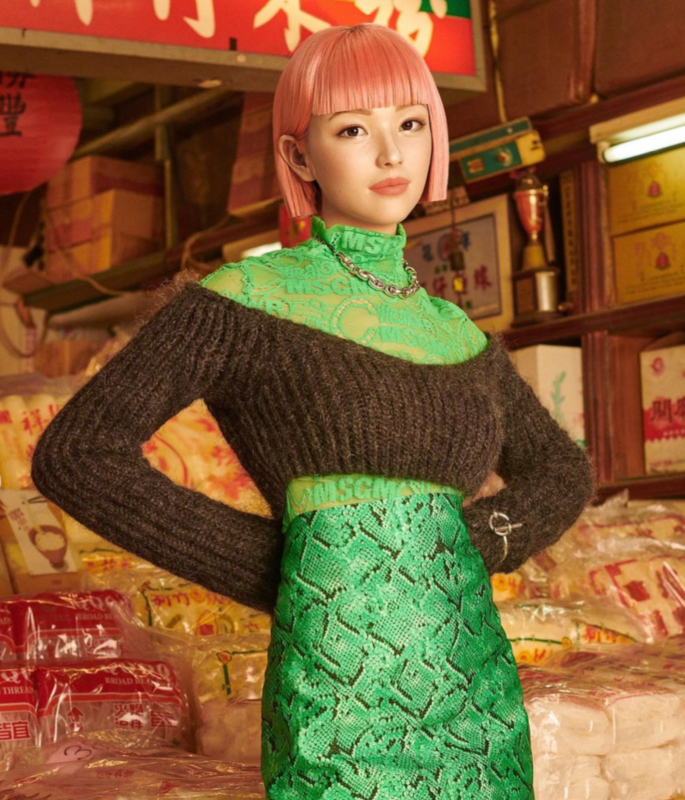 Originally from Tokyo, Imma has the prestigious title of being Japan’s first virtual model and made her first appearance in July 2018.

Since then, this virtual girl with the distinctive pink bob featured in many headlines.

The Japan Economics Entertainment picked her as a ‘New 100 Talent to Watch’.

Her interests include Japanese culture, art and film. She boasts brand mentions such as Burberry, TikTok, Adidas Tokyo and IKEA Japan.

In the 2+ years that she has been in the business, she has gained more than 390,000 followers on Instagram and two million likes on TikTok. 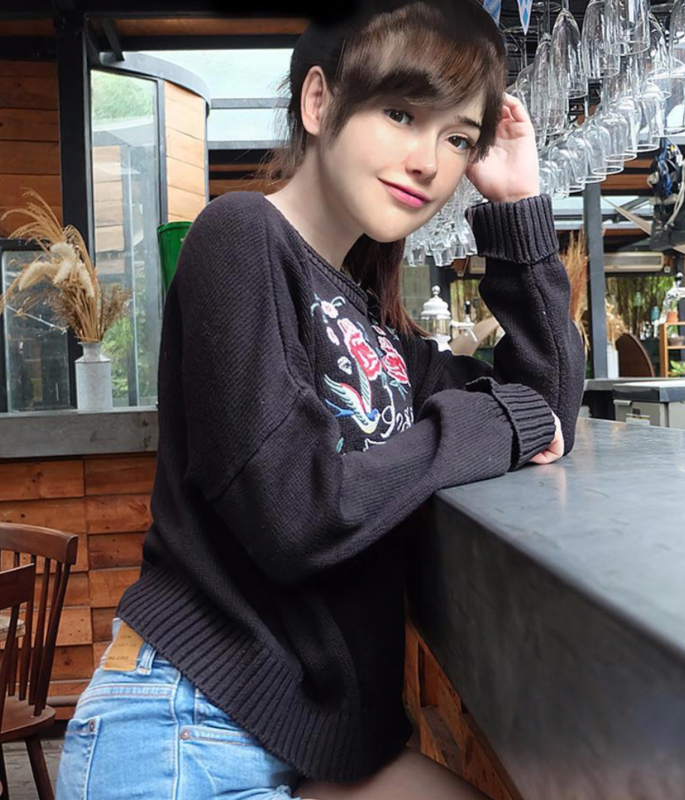 Originally from Jakarta in Indonesia, Thalasya travels all across her “home country” exploring its balconies and shops.

Though, while staycations are currently a thing, this has not stopped her from travelling to the USA to a recording studio in Florida.

As we all know, travelling can be an expensive hobby. So, to fund her hobby, she has advertised for hotels, restaurants and even health pills.

She also has her clothing store, Yipiiiii, that she owns with her close friend, Zeline.

She was developed by Magnavem Studio and made her first appearance in October 2018. Since then, she has gained over 474,000 followers on Instagram. 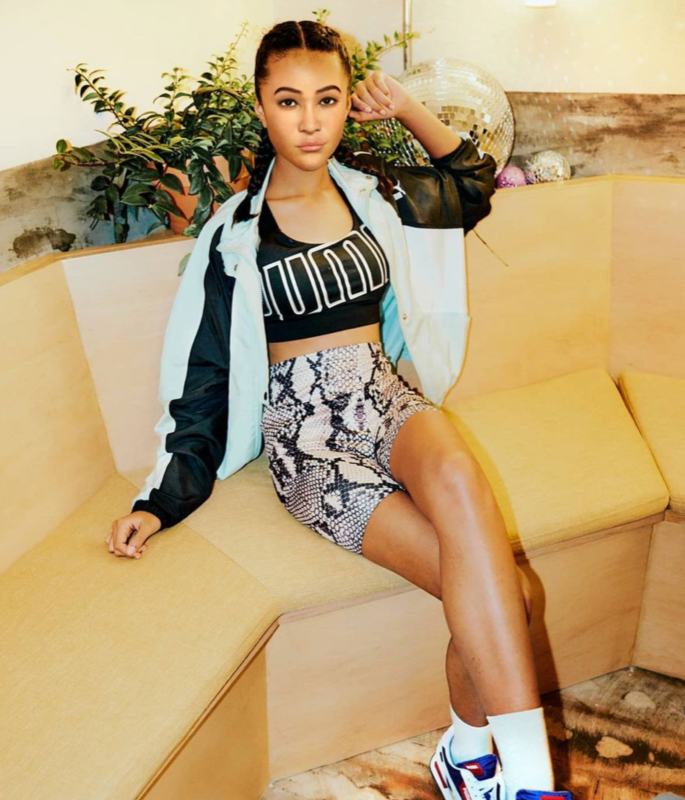 Puma partnered with UM Studios x Ensemble Worldwide, to launch ‘Maya’ – a virtual fashion influencer to represent the brand in Southeast Asia as a region.

To create Maya, the agency team mapped millions of Southeast Asian faces from various online sources including a user-generated process via Instagram.

This allowed the rendering of several face versions, the first building block to creating a virtual person.

Maya is currently promoting Puma’s Future Rider sneakers. As a virtual influencer who portrays Southeast Asian values, she can get involved with other brands should they align with her values.

As technology advances at a rapid pace, it will be difficult to distinguish between the real and the digital.

The thought of virtual avatars replacing humans is terrifying, but the possibility of this is low.

The aim of influencers has always been to increase their connection with consumers and have their followers trust them.

Whether it is an attempt by companies to control how their products are being marketed or an intelligent way to create a buzz, it is obvious that virtual influencers have a major impact on fashion.

Ravinder is a Journalism BA graduate. She has a strong passion for all things fashion, beauty, and lifestyle. She also likes to watch films, read books and travel.
Kiara Advani stirs up a storm in Yellow Lehenga
Shehnaaz Gill slays in Satin Red Dress