Influencers are undeniably a great source of inspiration not only for teenagers. We list 10 outstanding British Asian influencers to follow on social media.

“Every makeup look done by Kaushal tells a story.”

The number of British Asian influencers is increasing as many young adults and teenagers keep seeking inspiration to get their ideas from.

Undoubtedly, there are many Desi fashion influencers who are recognisable because of their colourful and unique looks.

However, fashion is not the only aspect that differentiates British Asian influencers from others.

There are plenty of other influencers on social media platforms who are worth mentioning. 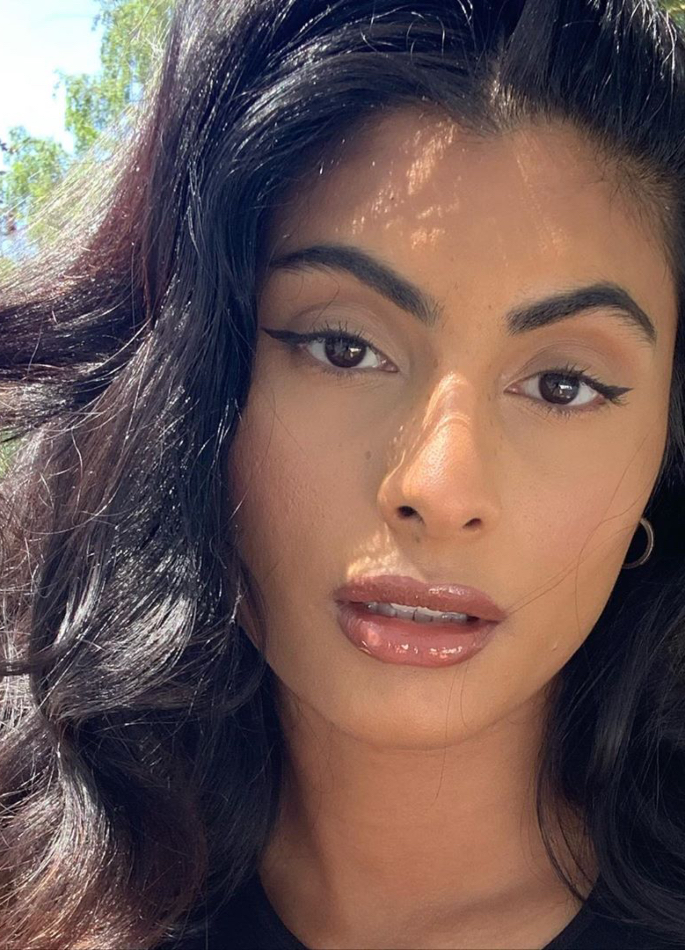 Simran Randhawa is a journalist, creative consultant and social media influencer based in London.

She is a sporty woman who loves to be active which is visible on her social media platforms.

Her passion for a healthy lifestyle made her create a separate Instagram account, @simsnackin, where she shares her recipes.

She has collaborated with various fashion brands including Nasty Gal, Kurt Geiger and Nike.

This influencer was also featured in Off The Block Magazine, GQ India, Vogue and many other publications. 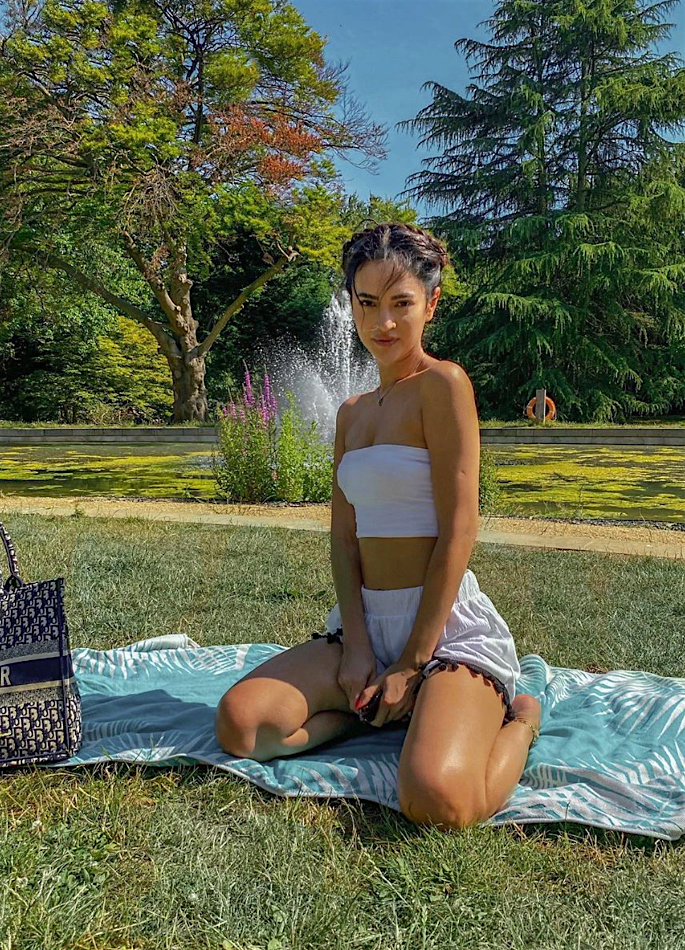 This beauty and fashion influencer with Afghan origins started her career in a beauty pageant.

In 2005, she became the first Afghan/Muslim contestant to be crowned Miss England.

She is combining her personal style with fashion trends, as well as South Asian national clothing pieces.

Hammasa is proudly showing her South Asian roots through her social media platforms. 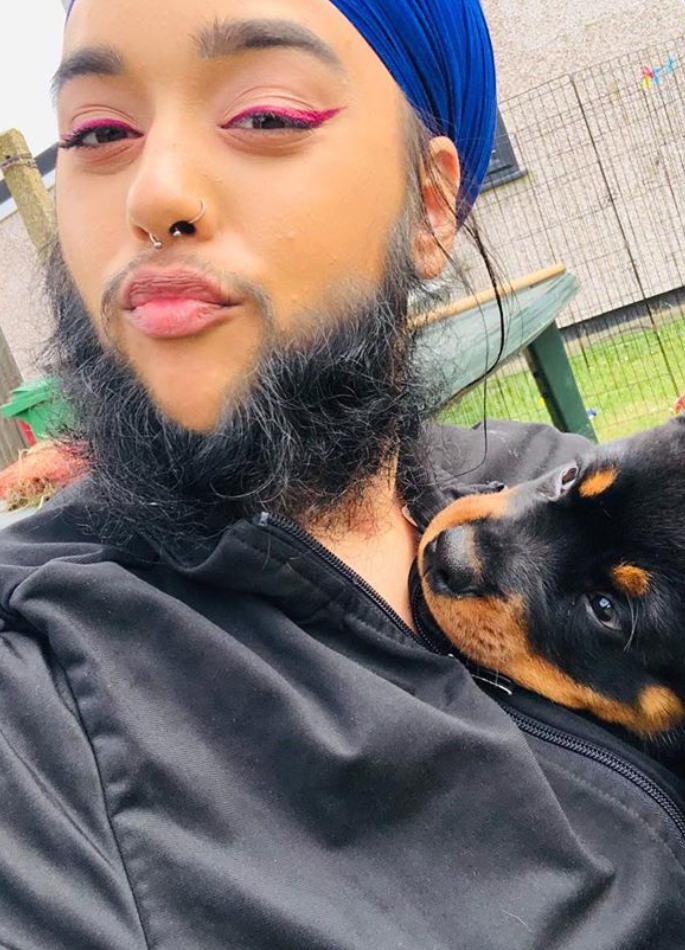 Being the only Guinness World Record holder, Harnaam Kaur is definitely a worth-mentioning social media influencer and anti-bullying activist.

In 2016, she became the first female with a full beard.

After being diagnosed with Polycystic Ovary Syndrome, she was exposed to bullying, but it did not stop her.

Now Harnaam is using her uniqueness to spread positivity across her social media accounts.

She has also been featured in many magazines including One World, Glamour, Cosmopolitan, and Teen Vogue. 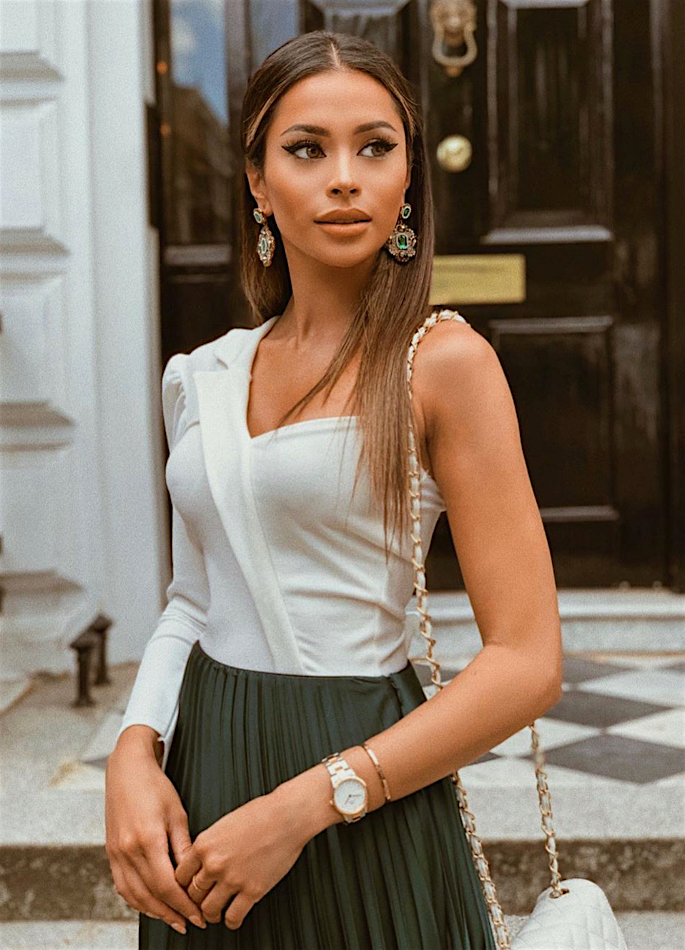 Bambi is a real polymath – she is a model, musician, dancer and a beauty and lifestyle influencer.

Not many of her followers know that Bambi auditioned for Britain’s Got Talent as a member of Miss Treat Vibe in 2017. Eventually, the girl group was eliminated during the semi-finals.

Soon after that, she began a solo career. She was the first female who joined Team Punjabi By Nature, a UK-based Indian music producer.

Bambi is using her social media to stay connected with her followers and raise awareness of Desi culture in the UK. 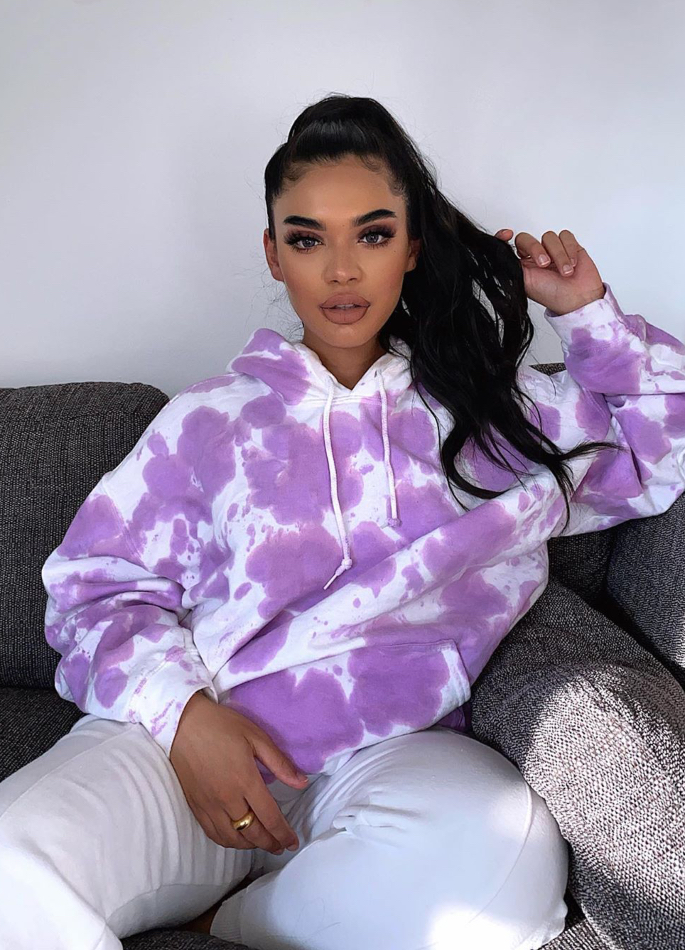 She is really active on social media, where she uploads plenty of makeup looks along with her product reviews.

Jahanara’s relationship with her supporters is very personal – she often does makeup looks on her followers. 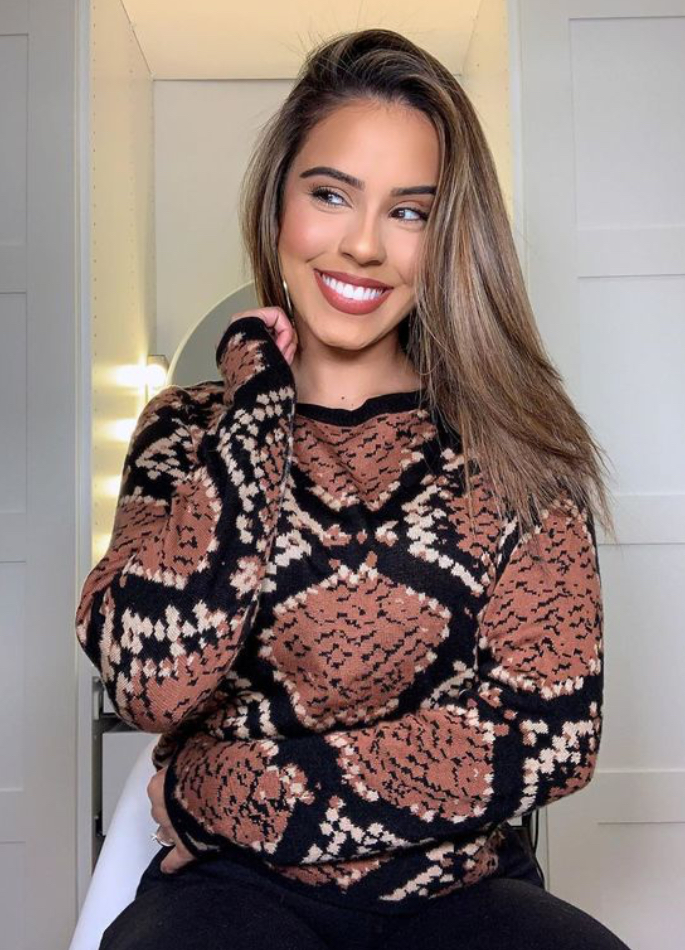 UK-based beauty influencer and a trained makeup artist, Sheikh Beauty, is well-known for her makeup tutorials and skincare videos.

Before starting her journey as an influencer, she previously worked as an employee for beauty brands such as Nars and Bobbi Brown.

Eventually, Shaz’s presence on social media helped her to become a brand ambassador for those brands. 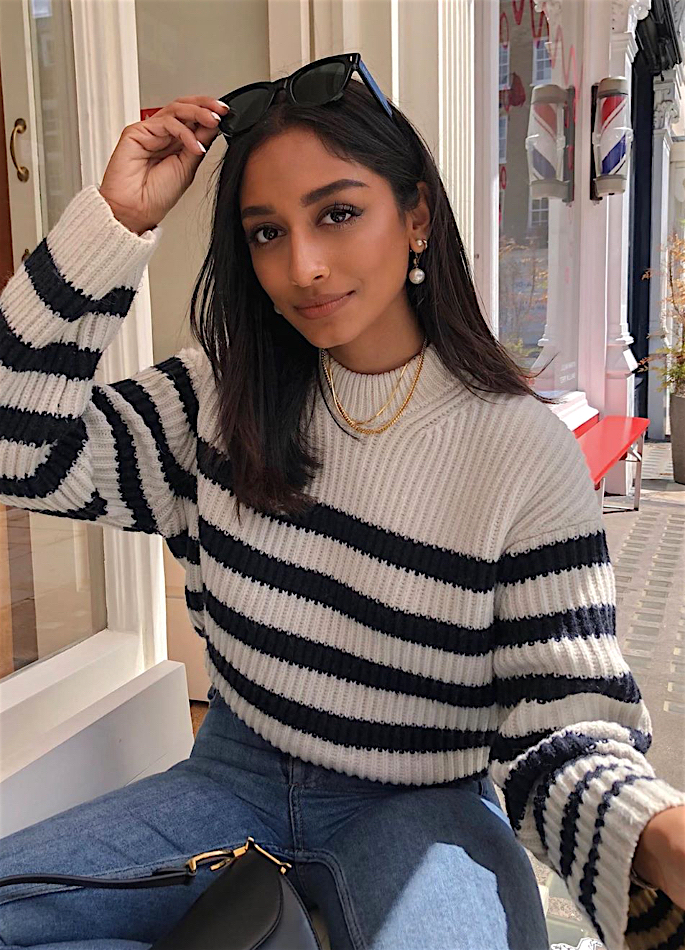 Better known as COCOBEAUTEA, Hannah Desai is a fashion influencer and blogger.

She is most known for her minimalistic and elegant style and showing different looks with a cup of coffee in her hand.

According to Julia, nowadays, so many people are trying their best to become popular on social media and to stand out in every way, that is why it is difficult to stand out.

“Hannah’s post with a cup of coffee became her trademark – she is now recognisable as a fashion guru who is passionate about coffee.” 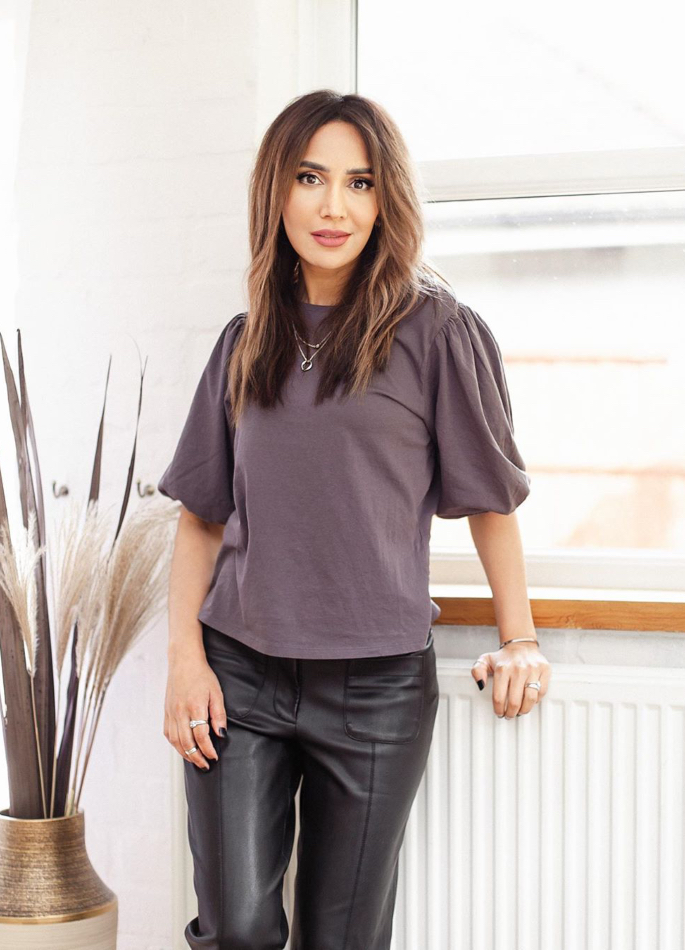 Amena is a British Asian model, beauty and lifestyle influencer. She owns Pearl Daisy, a hijab brand, and a makeup company.

She became the first woman wearing a hijab in a L’Oreal Paris haircare campaign.

To get even closer to her followers, Amena decided to start the Thrive podcast, where she shares her thoughts on fashion, business, beauty, education and much more.

After a long time of being recognised for wearing a hijab, in June 2020, Amena decided to get rid of her trademark by publishing a picture of herself without a hijab. 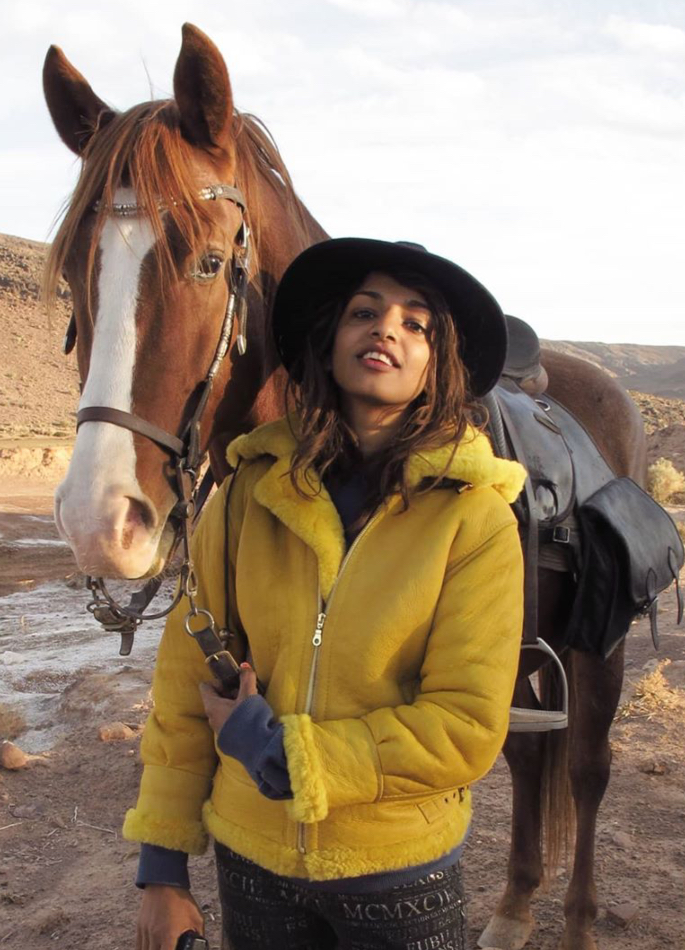 The British Asian singer started her career in 2002, but her first album Arular was released in 2005.

After struggling to find the inspiration to make new music, the singer released her fourth album named after the Hindu goddess, Matangi in 2013.

Since then, the musician is proudly representing British South Asians in the music industry.

M.I.A. is actively using social media to educate her fans and motivate Desi people to be proud of their origin. 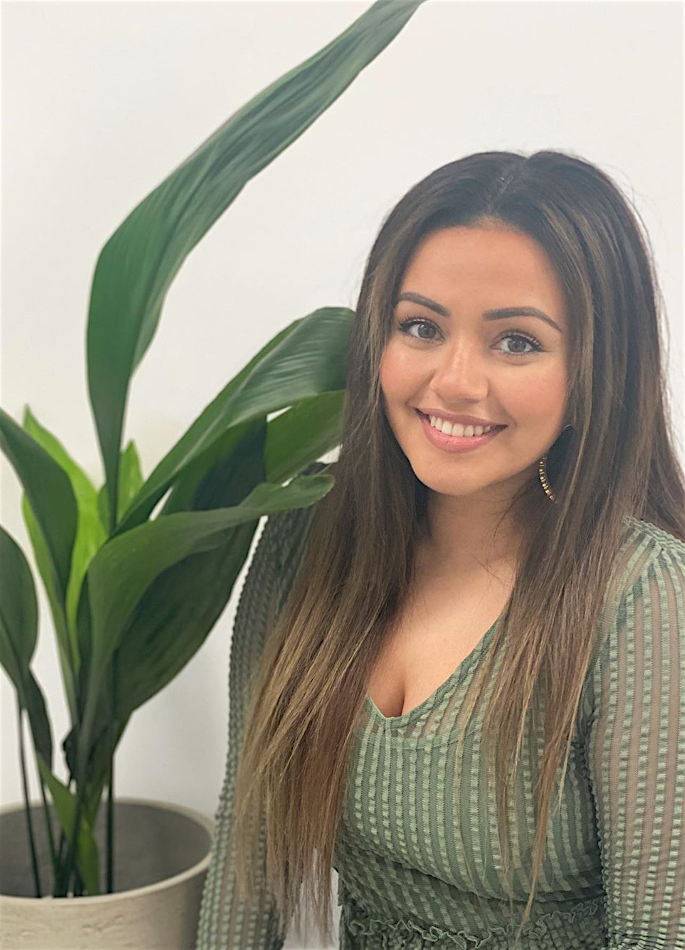 Beauty influencer Kaushal is one of the most recognisable British Asian makeup artists.

With over 2.24 million subscribers on YouTube, she is proudly showing her heritage to her followers through different makeup and fashion looks.

Mostly known for her makeup looks, the YouTube star is also posting vlogs on her channel, showing what is happening in her life.

“Every makeup look done by Kaushal tells a story. They take you on an emotional trip, where you can truly explore the character of her, as well as a connection to her country of origin.”

We chose ten British Asian influencers to follow on social media, but there are plenty more great Desi influencers who are also worth mentioning, including Nikita By Niki, Erim Kaur, Anchal and Doniya Malik.

Many of them are using social media platforms to educate their followers and raise awareness of Desi culture.

To be updated on what is happening in the lives of British Asian influencers, visit their social media accounts and do not forget to click the ‘follow’ button.

Amanda is a Journalism student at Coventry University. She speaks three languages, is interested in winter sports, music and beauty. Her life motto is: “Dream big and make it happen”.