"I have a role model for life.”

99 Songs has been widely critiqued since its release, and sees Ehan Bhat also making his acting debut.

Now, Bhat has revealed the advice A R Rahman gave him about the entertainment industry.

The revelation came during an interview with Hindustan Times. When speaking of his time with A R Rahman, Ehan Bhat said:

“Every time I would meet him in these four years, he would never compliment my acting or say anything about my character in 99 Songs.

“The only thing we would talk about is how to be a good human, how to be an inspiration, how to stay away from the vices of the Entertainment industry and work hard.

“I learnt all this from him and even after the film is over, I have a role model for life.”

According to Bhat, A R Rahman told him how to avoid the “vices” of the Bollywood industry.

“They say some people can’t handle success. Maybe he was predicting that if I become famous in life, I might fall for the vices.

“If you have fame following you, you sometimes forget your roots and where you came from, and you indulge in activities that no longer serve you in your craft.

“Maybe he meant to say that I should stay focussed and grounded.” 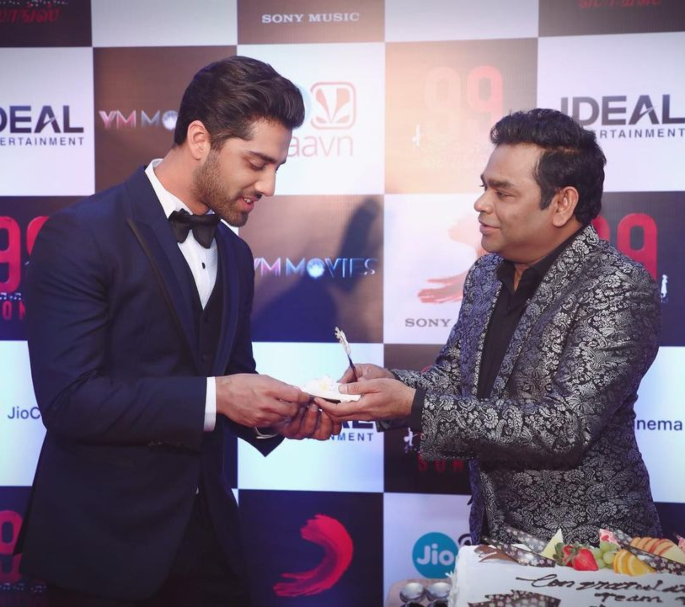 Ehan Bhat was chosen out of 750 candidates for the main role in 99 Songs. According to him, preparation for the role was crucial to embodying A R Rahman’s vision for the film.

“You don’t want a musician to say ‘hey, that actor pulled the wrong chord’ or ‘that is not authentic’ or ‘he could have done a better job’.

“Him, being a perfectionist, it was his idea to put me in his college in Chennai to learn piano. I trained every day for a period of one year.”

A R Rahman and Ehan Bhat’s relationship spanned beyond professional during the production of 99 Songs.

Bhat now sees Rahman as a mentor. He said:

“It could easily have been a producer and actor’s relationship but with him, it was pretty different.”

“If he had a brother, he would treat him the same way he treated me. It has gone beyond 99 Songs.”

99 Songs released amid Covid-19 restrictions and a surge in case numbers.

However, Ehan is relieved that the film is now available to view.

Watch the trailer for 99 Songs here: